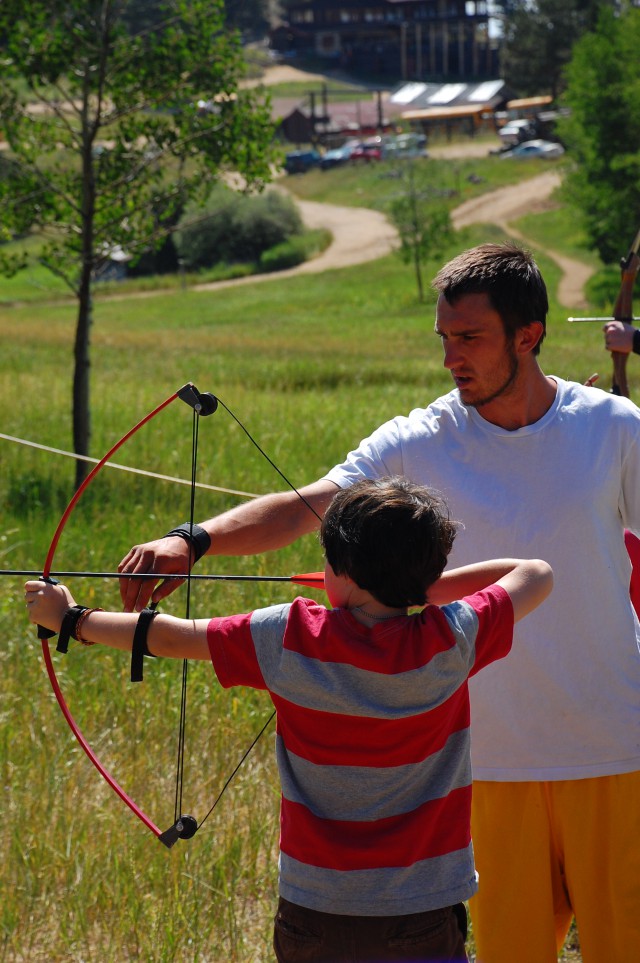 When I look back at the summers of my youth, I think of the smell of the outdoors, of canoeing and horseback riding, of archery and s’mores around a campfire with friends. In a word, I think of camp.

I tried several different kinds of camps growing up — a day camp at my school, a faith-based camp where we prayed before every meal, a sports camp.

I still remember the summer I went to sleep-away camp for the first time. Three weeks away from home, sharing a bunk and a cabin with other girls. That’s when I caught the bug — the camp bug, that is. It was the first time I got into a canoe. The first time I shot a bow and arrow. My first solo adventure. I was seriously hooked.

I went to sleep-away camp every summer after that until I was in high school and too old to be a camper. I learned to sail and water ski. I helped direct a play. I got to deejay the camp radio station and endure a rite of passage that included staying silent for 24 hours. I learned how to raise and fold the American flag, how to make friendship bracelets and how to get along and live with others.

Some skills — mostly the social ones — come into play every day, even as an adult. Others, like being able to shoot a bow and arrow, come in handy only during family reunions with my archery-teaching father-in-law. But it’s the once-in-a-lifetime experiences, like canoeing down a river and sleeping on a secluded, rocky beach under nothing but stars, that really stick with me. I’ll never forget the summer’s final campfire, singing songs and telling ghost stories. And I’ll never forget how hard it was to leave my camp friends, to say goodbye to our camp lives and go back to reality and school and chores …. That, in itself, was a life lesson.

Looking at the list of camps available right here in Boulder County and our surrounding area can be intimidating. But I honestly can’t remember meeting a kid who hated camp (although there were a few who got homesick). These days, the goals of summer camp are pretty much the same as they were 15 years ago when I was attending: to provide activities that are fun, educational and engaging. In talking with some camp directors, the biggest difference seems to be that, today, kids’ connection with nature — and even with other people — is often less important to them than WiFi.

“I think camp matters more now than ever,” says Lynn Walker, director at Boulder’s Colorado Mountain Ranch Camp. “Kids get so wrapped up in technology that they really need to learn to communicate face-to-face, and to build and experience and understand the value of community with people.”

Walker has been with Colorado Mountain Ranch since 1970, so she’s seen how the world has changed and how the camp has had to adapt. The camp itself has been around since 1947 and offers activities like horseback riding, kayaking and hiking.

“Kids who go to camp are taking a break. It’s a fast from technology, where they have to really live with each other and nature,” she says. “Interpersonal skills are not overrated.”

Just imagining a day, let alone a week, away from our cell phones and computers can seem daunting. But it can help foster a connection with the earth, and our place on it. Disconnecting from technology can also teach kids how to act and react in real-life situations, Walker says.

Lisa Miracle agrees. As owner of the Cottage Schools in Boulder and Longmont, which has run the Cottage Excursion Day Camp for 17 years, Miracle says that a constant focus of her camps is socialization.

“We teach kids to learn how to cooperate and work with others. That’s a skill that will help them when they go into the work force,” she says. “Working with people is extremely important, especially working with people who have different interests and abilities.”

At camp, kids also learn skills and values that can last a lifetime.

“What’s really cool is the people who still say that camp is what gave them a foundation for who they are,” Walker says.

I couldn’t have said it better myself.