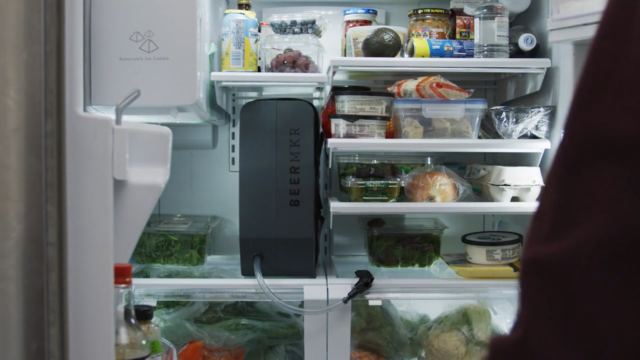 On Oct. 14, 1978, President Jimmy Carter changed the course of brewing history with the stroke of his pen.

Though the 21st Amendment repealed the prohibition of manufacturing, sales and transportation of alcohol in 1933, homebrewing remained illegal on a federal level. That was until H.R.1337 repealed the federal ban on homebrewing, making every adult free to produce beer for “personal and family use.” Thanks to Carter, everyone could relax and have a homebrew.

“No one used this new freedom to greater effect than Charlie Papazian,” beer hunter Michael Jackson wrote in 2003. Mere months after Carter signed H.R.1337, Papazian founded the American Homebrewers Association (AHA), the Association of Brewers (AOB, which later merged with the Brewers’ Association of America in 2005 to create the Brewers Association) and launched Zymurgy, the AHA’s official magazine. In 1984, Papazian released The Complete Joy of Homebrewing — now in its fourth edition with over a million copies sold. All born right here in Boulder, Colorado.

“We know Charlie Papazian, and he knows us,” Adam Kandle, proprietor of Boulder Fermentation Supply (BFS), says with a smile. As Kandle explains, Papazian frequents BFS for supplies and gear, which is a little like opening a burger place and counting Bobby Flay as one of your regulars.

“We are the shop in Boulder,” Kandle continues. “That’s not going to change.”

Kandle opened BFS with co-owner Greg Kallfa on Thanksgiving 2013 — the two also opened VisionQuest Brewery, located next-door, in 2015. Both businesses are points of pride for Kandle, but BFS holds a special place in his heart. And not just because they’ve managed to keep the lights on for five years in a city as expensive as Boulder, but because he has managed to establish healthy working relationships with local commercial brewers while still providing seasoned homebrewers and soon-to-be-homebrewers all the tools and technology they could want.

“We’ve gotten away from this whole paradigm of, ‘This is the kit,’” Kandle explains. “I want to make your setup custom for what you need.

“You want to make one gallon? Here’s what you want. You want to make five gallons?” Kandle continues, pointing from shelf to shelf around the store; from white plastic buckets to glass carboys; from stainless steel kettles of every shape and size to gadgetry galore. You could walk into BFS looking for a starter kit and leave spending anywhere from $75 to $1,500. For the modern-day homebrewer, choices abound.

“They want to do it right,” Kandle says of his clientele. “They want to bring it from: ‘I don’t want to just homebrew, I want to homebrew the best stuff.’”

“Work smarter not harder,” Kandle says grinning, recounting the time one of his employees assembled the device, brewed and cleaned up, all before he had to leave and pick up his kids.

“I can’t even tell you enough how much this is taking over [the market],” Kandle says. “You don’t even need to go to the store to get propane refills.”

Putting his money where his mouth is, Kandle enlists Melissa Nicholson — a BFS employee and regular homebrewer — to brew a five-gallon batch of New England-style India pale ale with ginger juice using the Grainfather.

While Nicholson — sporting a brown and orange wizard hat — fills the Grainfather with water, malt, wheat and oats, another employee, Ryan Doner, recites a passage from Macbeth. They make brewing look like fun.

“Now is the best time to brew,” Greg Kallfa says while Nicholson stirs the mash and sets the timer. “Just about everything has improved.”

But, as you might expect, a certain amount of backlash accompanies every improvement.

“There’s this whole thing of: ‘Doesn’t [the Grainfather and similar brewing systems] take the artistry out of it?’” Kandle says, playing devil’s advocate. “No: brewing is mostly cleaning. It takes a lot of the cleaning out of it because there are fewer things to clean. … You’re not using every strainer, pot, ladle and spoon in your kitchen to get this done.”

Over at BrewJacket, LLC in Flatiron Park — a production laboratory designed for home and small commercial brewers — Aaron Walls is betting on all-in-one gadgetry as the future of homebrewing.

The BrewJacket is a three-piece immersion-cooling device that uses the Peltier effect, a natural occurrence whereby heat is emitted or cooled due to electrical current, to control the temperature of a fermenter. Like the Grainfather, the BrewJacket is electric.

“The whole system consumes under 100 watts,” Walls explains. “You can get your fermenter down about 35 degrees below your ambient environment, holding it within about one-third of a degree Fahrenheit.”

For homebrewers looking for the highest level of control, the BrewJacket is essential. And at $299 a unit, well within a homebrewers’ budget.

Both the BrewJacket and the Grainfather are ideal for homebrewers who are currently brewing and looking for efficiency. For those who love beer but do not yet brew, Walls has just the thing for them: the BeerMaker.

Debuting at the 2018 Great American Beer Festival, the BeerMaker is an all-in-one brewing device that is fully automated and uses cloud-based software to communicate with the brewer during fermentation and conditioning.

“It can sense the changes,” Walls explains, “based on yeast activity levels. And then it will notify you when your beer is fully conditioned and ready to drink.”

And with a sub-$200 price point, and taking up no more counter space than a toaster oven, the BeerMaker will brew you a 12-pack worth of whatever you’re in the mood for.

Relaxing with a homebrew has never been easier.