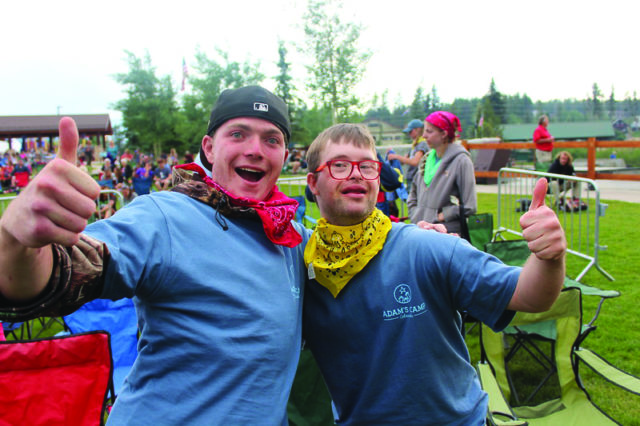 When children are born with cognitive disabilities such as down syndrome or an autism spectrum disorder, they require skilled attention and care — not only to navigate day-to-day life, but to feel supported in a world that’s not always accepting of differences. Adam’s Camp is an innovative program that provides a safe and accepting learning environment for children with mental or physical disabilities by including family members in therapeutic treatment.

Adam’s Camp has assisted a multitude of families achieve goals with their children, however, it all started with one boy named Adam. Born with Cerebral Palsy and restricted to a wheel chair for the early years of his life, Adam’s parents, fearing their son would never be able to walk, gathered up a few therapists along side a couple other families and headed up to the Colorado Rockies for a week of intense physical therapy. During that week, Adam followed the lead of one of his peers and took his first steps using a walker.

“We do an intensive intake process with the parents to figure out what the goals are for their children,” says Lindsay Radford, executive director of Adam’s Camp and mother to a 7-year-old son with down syndrome. “Then we bring all the therapists together and they work with the kids on those goals.”

Often, the several health professionals working with a person with a disability — their occupational therapist and physical therapist, for instance — may never communicate with one another. At Adam’s Camp, everybody in the therapy realm communicates, working together toward the same goal. Therapy camp consists of five campers and five therapists — speech, occupational, physical, musical and specialized — over the course of five days.

“As kids get older and they require less therapy, they can graduate to some of the other levels of camps we have,” Radford says. “Our youngest camper is 6 months old and our oldest camper is 54.”

Adam’s Camp offers specialized programs for all ages and all ability levels. Adventure Camp is a traditional camp model where campers with mild to moderate developmental delays or disabilities can partake in rock climbing, white water rafting, dance parties, ziplines and lots of other summer camp favorites. The Early Start program, for children 6 months to 4 years, provides day camp from  8 a.m. to noon. In addition to sleep-away camps during the summer, Adam’s Camp offers weekend trips, road trips and other planned programs yearround. 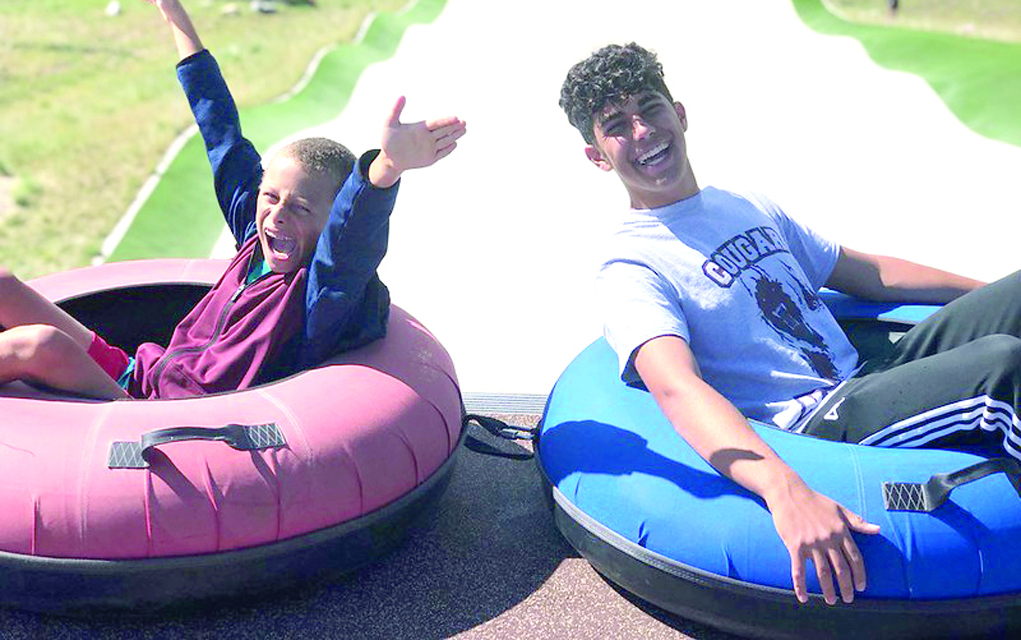 The combination of dedicated therapists and unwavering teamwork at Adam’s Camp has helped many children and families reach goals they never thought were possible.

“The one thing I’ve learned is how remarkable it is when you bring the best and the brightest therapists together in a room,” Radford says. “They really come up with some interesting activities that are fun for the kids but also motivates them.”

By taking away social pressure and replacing it with loving familial encouragement, the visionaries at Adam’s Camp inspire ambition in each of their campers.

“We’ll have kids come out of camp walking that have never walked before,” Radford says. “Sometimes a child doesn’t understand the value of standing up for more than five seconds so we come up with activities that almost trick them into it and they don’t even realizing that they are working their minds or bodies, but before you know it, they are achieving their set goals.”