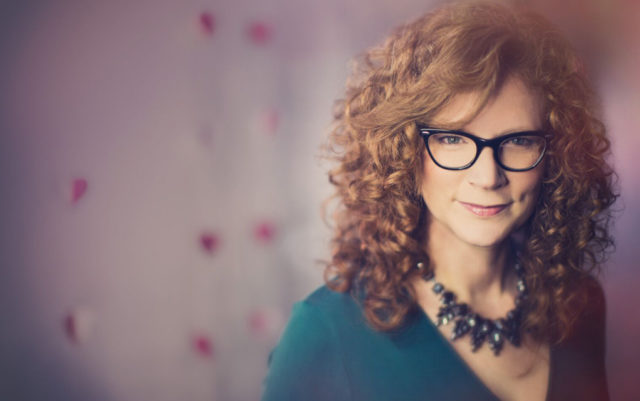 Bluegrass culture embraces its traditions that dictate the acoustic instruments and the lyrics’ subject material (from death and heartache to murder, infidelity and trains) be set to a pleasant melody with a driving beat.

Another familiar ritual is the set-ending jam for festival headliners. The stage fills with a dozen or more pickers and singers to play a tune everybody knows, such as “Will the Circle Be Unbroken.”

Traditionally, that finale stage is almost completely full of men. There can be five manly mandolinists but typically no more than one or two women, although Colorado’s notably progressive bluegrass festivals do a better job.

However, we’re still waiting for an end-of-set stage full of women musicians, with one guy playing the bass in the back.

Women have been a part of bluegrass from the beginning, with Sally Ann Forrester on the squeeze box in Bill Monroe’s band. Alice Gerrand and Hazel Dickens are often credited for pioneering the way for women in bluegrass back in the ’60s. However, one woman stands above all.

Alison Krauss is regarded as bluegrass’ quintessential singer, fiddler, bandleader (of Union Station), concert attraction and someone who reaches beyond the genre to harmonize with Robert Plant.

“Everything changed when Alison Krauss came on the scene. Her hiring me to play in her band gave me a tremendous boost,” says Alison Brown, banjoist, producer and founder of Compass Records. If not for the siren call of bluegrass, Brown would have become an investment banker.

“When I was starting to play, fans would tell me: ‘You sure do pick good for a girl.’ I took it as a statement of fact. I didn’t hear it as a putdown,” Brown says.

Brown will be joined at Rockygrass by bassist Missy Raines and guitarist Molly Tuttle with Sierra Hull on mandolin and Becky Buller on fiddle. “Usually the woman in the band is a vocalist. I thought it would be interesting to have an all-female band made up of great instrumentalists and claim that sonic territory,” Brown says.

The internal dynamics of an all-female band are often different, she says. “Women are taught to build consensus. In this band, everybody says, ‘Let’s cut my solo.’ The urge is to do what’s best for the song. There’s less testosterone-driven shredding. We tend to gravitate toward the melodic,” Brown says.

“I remember seeing a Rhonda Vincent album when I was real young. I knew I was going to play the mandolin but that was the first time I saw a woman holding a mandolin,” Hull says.

Hull, now 26, first performanced in Colorado as a 12-year-old alongside Krauss at Red Rocks.

It’s not that Hull hasn’t noticed she was the only female onstage for various jams. “I didn’t think it was intentional. It was just the way it was,” she says. “These days bluegrass is trying to be more open and inclusive. It’s exciting to see women getting a seat at the table.”

However, she adds, it should be more than once-a-day seats. “You have three-day bluegrass festivals with only one female-led band per day. ‘We’ve got our girl band for the day,’ they say. I’m not complaining. It’s just that each of us does something very different musically. I would never want to be hired because I’m a woman,” Hull says.

Award-winning fiddler Becky Buller’s role models range from Krauss to rocker Joan Jett. “I’ve had a pretty easy go of it. Nobody ever told me not to do anything because I was a girl,” Buller says.

“I really appreciate what the pioneers did for us. Now there are other barriers to break. The playing field should be more level,” she says.

“I hope we get to the point that it’s all about music, not gender.”