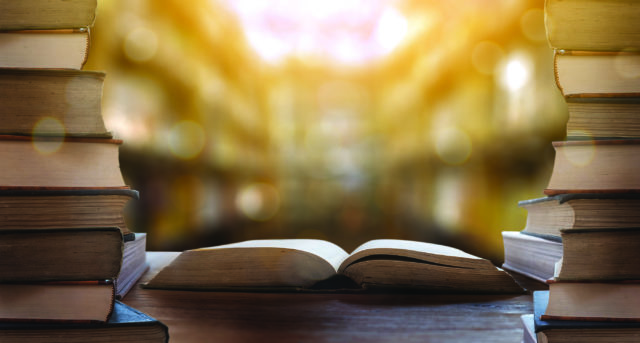 Boulder boasts a rich and impressive literary heritage. Not only are numerous books set in this beautiful city, but it’s also been home to scores of important authors over the years, perhaps most famously several members of the legendary Beat Generation. While you could spend multiple days visiting all of Boulder’s places of literary significance, here’s a self-guided, roughly 2.5-mile walking tour that will take to you a few of the most interesting (and conveniently located) sites.

Like many of the best Boulder-based excursions, yours begins on the Pearl Street Mall. Start near the County Courthouse and work your way west to check out Boulder’s most emblematic booksellers. The past decades haven’t been easy on independent bookstores; the fact that there are three of them within four blocks should tell you something about the city’s literary priorities.

Your first stop is at the Beat Book Shop (1200 Pearl St., Unit 10). The name says it all. Proprietor and poet Tom Peters is an expert on the Beat Generation (in addition to various other currents of American cultural history), and the shelves are loaded with a highly curated collection of 20th-century classics. Stick around long enough and you are sure to get an informative and entertaining rant.

With shelf space for more than 100,000 titles, Boulder Book Store, your next stop (1107 Pearl St.), is Boulder’s largest independent bookstore. Be sure to check out the calendar of events, as the store often hosts readings and book signings from local and touring authors.

A few steps to the east, at 1111 Pearl St., is the building that once headquartered the original offices of the Naropa Institute, now Naropa University. In 1974, literary luminaries Allen Ginsberg, Anne Waldman and Diane di Prima, along with the avant-garde composer John Cage, founded the organization’s Jack Kerouac School of Disembodied Poetics. The program continues to produce cutting-edge poets and writers, though it has long since outgrown this small office.

Half coffee shop and half bookstore, the caffeinated heart of Boulder’s weirdo art world beats inside of Trident Booksellers and Café (940 Pearl St.). Since 1980, it has been the meeting place for bookish bohemians, college students and spiritual seekers of all stripes. Sip an espresso while you browse the shelves, which contain both used and new books, as well as records, zines and other treasures.

It’s time to take your hero’s journey away from Pearl. Turn south on Ninth Street. Shortly after crossing Boulder Creek, you’ll come to the main branch of the Boulder Public Library (1001 Arapahoe Ave.). Because of the hundreds of thousands of books its shelves hold, as well as the events that are hosted here, this building is as important a stop as any on this literary tour. However, this site possesses additional significance for being the place where novelist John Fante’s childhood home once stood. In 1933 Was a Bad Year, Fante describes a landscape well known to locals and visitors alike: “We lived on Arapahoe Street, at the foot of the first hills that rose to become the eastern slope of the Rocky Mountains. They shot up like jagged skyscrapers, staring down at our town, a haze of blue and green in the summer, sugar white in winter, with peaked turrets shrouded in the clouds.” Stand outside the library and gaze up at the mountains, imagining how they would have looked in the first half of the 20th century and how they might have influenced the writer who Charles Bukowski later declared to be “a man who was not afraid of emotion.”

Continue up 9th street for several blocks. The uphill climb is worth it for your arrival at Columbia Cemetery, which is the setting of the gunfight in the opening scene of William S. Burroughs’ 1983 novel The Place of Dead Roads. In the northwest section of cemetery, you can find the grave of Marry Rippon laid alongside other colorful characters from the early days of Boulder. In 1878, Rippon became the first female professor at the University of Colorado Boulder and the first woman to teach at a state university.  She eventually served as head of Germanic languages and literature. The Mary Rippon Outdoor Theater, named in her honor, is home to the annual Colorado Shakespeare Festival.

You can visit this sandstone theater if you head east on College Avenue and enter CU Boulder’s campus. It sits next to the Hellems Arts and Sciences Building, which is home to the university’s creative writing program. Lucia Berlin, the much-respected short story writer, taught here from 1994 to 2000. Today, the program boasts award-winning writer/professors such as horror novelist Stephen Graham Jones and poets Noah Eli Gordon and Julie Carr, among others. The publishing imprint Subito Press is based here, as is Timber, the student-run literary journal.

When you’re done seeing the sights on campus, walk north on Broadway until you reach the corner of Canyon Boulevard, where you will find the Glen Huntington Bandshell in Central Park. This art deco stage makes a notable appearance in Stephen King’s The Stand. The King of Horror briefly lived and worked in Boulder during the 1970s, and it was during this time that he wrote The Shining, one of his most famous works.

But why limit yourself to only one art deco landmark? Complete the loop by crossing back over Pearl Street and checking out the iconic Boulder Theater (2032 14th St.). Originally constructed in 1906 as an opera house, it served as the venue for a fictional murder in Stephen White’s Harm’s Way. White is no stranger to the town, and the bulk of his thriller-mystery series is set in Boulder. The Boulder Theater is only one example of many.

Now that you’re back downtown, post up at a bench or sidewalk cafe table and take an active role in the town’s literary history by doing some writing of your own. Watch the crowds drift by and find inspiration in them, as so many other great minds have.