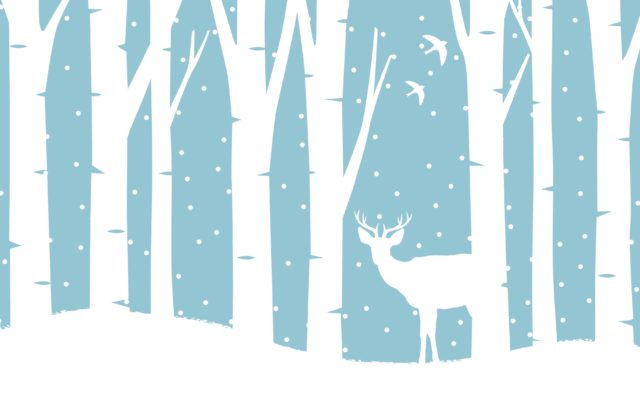 A – Few places in Colorado have remained as true to their roots as Arapahoe Basin. Sure, the self-proclaimed “locals” of the Basin hate us Front Rangers, but pay them no heed, most of them moved to Summit County from back east two years ago. Get there early, rip hard and take no prisoners.

B – What would skiing and snowboarding be without a cold beer at the end of the day? Stash a small cooler in the trunk of your car and go local with canned libations from Boulder favorite Upslope Brewing Company and bring an extra one or two to share with those who parked next to you (see K).

C – Carpool. With Interstate 70 a parking lot on weekends, and resorts like Eldora turning people away on powder days, there’s no reason not to fill your vehicle with friends and be part of the solution instead of the problem.

D – DIA? What? Sure, we have some of the best skiing in the world in our backyard, but DIA is your gateway to so much more. Jump on a direct flight to Munich, rent a car and be in the Alps in a few hours. Hint: your Epic pass is good at Verbier4Vallées in Switzerland, which is an easy train ride from Geneva’s international airport.

E – Boulder’s local ski hill, Eldora, is having a resurgence with top-notch snowmaking and grooming, ongoing glading that’s opened up a ton of tree skiing and a great après ski scene at the Timbers Taproom. If you haven’t gone, you’re missing out. Best of all, you can take the RTD ski bus directly from Boulder, not only reducing your carbon footprint but also allowing you to have “just one more” with your ski buddies at the end of the day.

F – Be fit. You don’t have to train like a World Cup ski racer, but you should have a decent level of strength, cardiovascular health and flexibility to get the most out of every day on the slope. There are ski and snowboard-specific workouts online, but local gyms like the Boulder Rock Club also offer courses.

G – Grand Junction seems like a long way to go when the roads are icy and Pearl Street bars are nice and cozy, but spring comes early to the mountain bike trails that lace the desert to the west of the city. Which means you can ski or ride Powderhorn in the morning and then hit the dirt in the afternoon for multi-sport adventures

H – Austrian ski manufacturer Head has its North American operations in Boulder. This year the company absolutely slayed it with multiple awards from all the top ski magazines for its skis and boots. Its tools of choice for Colorado are the Kore 105 (for guys) or the Kore 99 W (for gals).

I – Every winter, Georgetown Lake freezes into a layer of ice thick enough to drive on. Want to up your winter driving game in a controlled and educational manner? Check out the Rocky Mountain Chapter of the Audi Club of North America (audiclubna.org/rocky-mountain) for classes and one heck of a good time.

J – You’re never too old to catch a bit of air. Camp Woodward (with locations at Eldora and Copper Mountain) offers classes for all levels, including adults, so you can actually hit the jumps in the terrain park instead of just watching everyone else have all the fun.

K – As our state gets increasingly crowded, it’s important to remember that, despite the lift lines, traffic on roads and people tracking out powder by 10 a.m., a little kindness goes a long way. Don’t be a jerk in lift lines, let people merge into your lane, share your après ski table and be nice. You never know, you might make a new friend.

L – From ski touring to car shuttles to fun and funky terrain and family friendly prices, Loveland Pass and the ski area of the same name at its base make this area a winter sports hot spot. If you’re looking for close-to-Boulder County fun on the snow, Loveland delivers regardless if you’re riding lifts, hiking off the pass or just doing car shuttle laps.

M – Skiing and snowboarding costs money. Which is why it’s a no-brainer to buy a season pass. Regardless of what flavor you choose (Epic, Ikon, Mountain Collective or even a single area, like Loveland), a pass will pay for itself after only a few days and since most of them offer “buddy” discounts, you’ll be able to hook up friends and family when they come out to ski.

N – New Mexico isn’t on the radar for most Colorado skiers and snowboarders, and that’s a pity. Head south on a Friday afternoon and you can be in Taos Ski Valley in time for dinner and margaritas at Tim’s Stray Dog Cantina before crushing yourself on Taos’ steeps the next day.

O – Joel Gratz is one of the most open and accessible people in the ski industry, and his OpenSnow.com website has become one of the most useful resources of weather information for hardcore skiers and boarders. But Joel also makes the effort to do plenty of free or donation-only presentations across the Front Range. Find one near you and learn why everyone is talking about Open Snow.

P – You may not have heard of Purl Wax, but this Colorado company (based in Avon) makes eco-friendly concoctions that give you the glide. Pick up an old iron, some Purl and wax up your skis or boards to leave your friends in the snowdust.

Q – The ski and snowboard season doesn’t end when the lifts stop running. We’ve got plenty of 13- to- 14,000-foot mountains that offer great ski and snowboarding descents in late spring. At 14,265 feet, Quandary Peak is home to a variety of well-established descents and is a great option for competent first-timers who want to experience what it’s like to climb and ride a 14er.

R – You like music; we like music, too. And if you’re a skier or snowboarder or into mountains at all, then the guys at Rapidgrass speak (sing?) your language. From songs like “Hikin’ in the Pines” to “I-70,” they’re mountain folk at heart and play plenty of low-key gigs in mountain towns around the state all winter, any one of which is well worth catching.

S – Sleeping is something you can do later. Much later. Like when you’re dead. Because the best way to avoid the weekend crowds is to get up early and get on the roads before everyone else. How early? If you’re leaving Boulder County for Vail on a powder day at 7 a.m., you’re too late.

T – You live in Colorado. It snows here. Get snow tires. They’re more important than having four-wheel drive. Because a four-wheel drive with summer tires is what they use in Texas. And Colorado ain’t Texas, cowboy.

U – Colorado is known internationally for places like Aspen, but we have plenty of underrated ski areas scattered across the state. Don’t be afraid to give Monarch, Ski Cooper or Wolf Creek a try. The parking will be free and lift ticket prices remain reasonable.

V – Vail. Love it or love to hate it, there’s no denying that this behemoth of a ski area has some of the best powder skiing in the state, especially in the Back Bowls, which, thanks to the grassy terrain, open early and get whipped back into shape with even modest storms. Get there early, track it out and smile when the haters start talking smack.

W – Winter in Colorado means snow. And snow means avalanches. And avalanches can kill you. Up your winter game by getting informed and educated. Local shops like Neptune Mountaineering offer avalanche education courses as does the Eldora ski patrol.

X – There’s really nothing else on the planet like the X-Games. This year Winter X returns to Aspen from Jan. 23 to 26. Book your room now, because this celebration of sport, music and culture fills the town to the brim.

Y – They are few and far between, but it’s possible to stay in a ski town for cheap if you’re staying at a youth hostel or similar style budget accommodation. You can find hip hostels in Minturn (The Bunkhouse) and Breckenridge (The Bivvi).

Z – Zipper lines don’t get much better for aficionados of mogul skiing than in springtime at Breckenridge, where runs like Mine Shaft, Mach 1 and Goodbye Girl offer soft bump skiing on lines where many of the first freestyle skiers of the 1970s honed their craft.