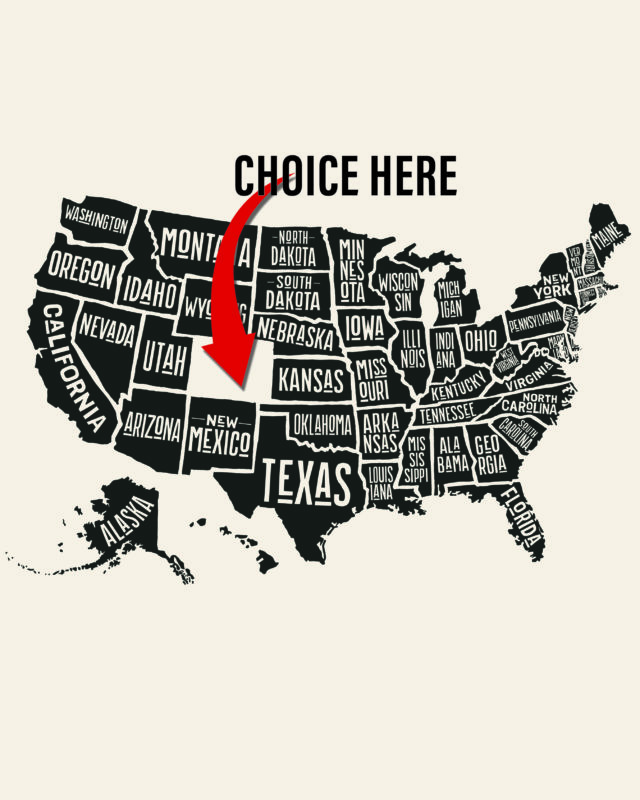 Maleeha Aziz was a student in Texas when she found herself pregnant. At the time she didn’t feel ready or able to go through with the pregnancy. Having just moved to the U.S. from Pakistan, she wanted to focus on her studies and on attaining financial stability before starting a family. After becoming pregnant, she struggled to find the right resources to help her as someone who isn’t from this country, and wound up at a crisis pregnancy center—an unlicensed medical facility.

Crisis pregnancy centers (CPCs) are nonprofit organizations that try to deter women from seeking abortions. They are usually run and/or funded by socially-conservative Christians and other religious groups. According to Aziz, the employees used pressure and guilt tactics to try and discourage her from terminating her pregnancy. They screened a medically-inaccurate film on abortion, convincing her that abortion pills had been banned in Texas because self-managed abortions were “unsafe and dangerous.”

She felt lost and believed that her only choice was traveling out of state. With the financial support of a relative, she came to Colorado Springs, where she obtained the abortion medication and made an informed decision about her future.

Now, in the wake of the U.S. Supreme Court overruling Roe v. Wade, more states will effectively or outright ban abortion, undoubtedly drawing pregnant people from around the country as their home states restrict and revoke access to this fundamental right, resolidifying Colorado’s status as a sanctuary state for abortion refugees.

On June 24, the Supreme Court stripped back women’s reproductive rights by decades. The Dobbs v. Jackson Women’s Health Organization decision holds that the U.S. Constitution does not confer a right to abortion, overruling Roe v. Wade (1973) and Planned Parenthood v. Casey (1992). In the weeks since, at least 15 states have banned or severely restricted abortion access, and others are soon likely to follow.

In Colorado, abortion access was codified into law earlier in 2022. This state has one of the most liberal approaches to reproductive healthcare, and has always been one of the few places providing late-term abortions.

“Coloradans do not want politicians making their healthcare decisions. Because of my administration and Democratic leadership in the legislature, Coloradans don’t have to worry because our rights are still protected today despite the unfortunate reality that the U.S. Supreme Court just rolled those freedoms back for millions of Americans in other states. In Colorado, we will continue to choose freedom and we stand against government control over our bodies. State leadership matters now more than ever and in Colorado we will not retreat to an archaic era where the powerful few controlled the freedoms over our bodies and health decisions.”

Jennifer Driver, who oversees the Reproductive Freedom Leadership Council, says that state legislators are now on the frontlines of the fight for reproductive justice. “There are more legislators who are really committed to expanding and protecting abortion access in their states,” she says. “They will continue to fight this in 2023 and beyond.”

Driver argues that marginalized communities will suffer the most. “This is the first time that the courts have removed a fundamental right, a constitutional right from citizens in this country,” she says. “And we know that Black and brown folks will be more impacted by this decision, because of racism and the way that structural barriers have set up our healthcare system.”

Prior to the Dobbs v. Jackson Women’s Health ruling, Colorado was already a sanctuary for out-of-state patients. Dr. Warren Hern founded the Boulder Abortion Clinic in 1973, the year that Roe v. Wade was decided. Known for performing late terminations of pregnancy, Hern has helped women from Colorado and across the country for decades, risking his career and freedom to support them. Threats are continually made against his clinic, and five bullets were fired through the front door in the 1980s. Despite these dangers, Hern remains committed to his patients.

According to Hern, the people who have fought for the retraction of Roe v. Wade want abortion patients to be punished. He believes that anti-abortion legislators “want to prosecute everybody.”

“Under Republicans, we will have an authoritarian, totalitarian, repressive government that prosecutes women for getting pregnant and having abortions,” Hern says.

Michael Belmonte is another Colorado physician who performs abortions. Belmonte trained to be an OBGYN in Indianapolis.

“Being party to all the barriers that my patients experienced in Indiana only further emboldened me to provide abortion care,” Belmont says.

Indiana is expected to ban abortions in the wake of the Supreme Court’s decision.

Increasingly, Colorado will become an outlier in the Mountain West (and across the country) as “trigger laws” take effect. Utah, Wyoming, North Dakota, Missouri, Mississippi, Arkansas and Oklahoma have trigger laws in place that will effectively ban abortion after the state’s attorney general, governor or other official certifies the overturning of Roe. Idaho, Tennessee and Texas’s trigger laws would ban abortion just 30 days after the Supreme Court’s decision. And Kentucky, Louisiana and South Dakota are set up to ban abortion immidiately following the decision.

Many patients were already coming to Colorado to access reproductive healthcare. But now, they’ll be joined by an influx of women desperate for help.

Two years after traveling to Colorado for a medication abortion, Maleeha Aziz  found out that the CPC in Texas had lied to her about the legality of abortion pills in Texas. At that time, she could have skipped the trip to Colorado and saved money by seeking healthcare in Texas, and she says that’s exactly what she did the next time she needed an abortion.

Aziz is now a community organizer for the Texas Equal Access Fund. She works with people seeking and receiving abortions.

“It can be emotionally taxing, but for a lot of people I talk to, abortion was their greatest relief, and they have no regrets,” Aziz says. “And they did not say that it was difficult. They said it was empowering, and it was an easy decision.” As an advocate for self-managed abortions, Aziz argues that while medication abortion is physically safe, what makes it unsafe is prohibition in places like Texas.

“We want that to be a safe option for people if that’s what they prefer. But the issue is criminalization, especially people of color when they use that method—it’s basically discrimination,” Aziz says.

Earlier this year, Texas resident Lizelle Herrera was arrested for allegedly self-inducing an abortion. Aziz worries that cases like Herrera’s will be the norm in post-Roe America, as “feticide laws” continue to criminalize pregnant women. Putting these human rights at risk while prosecuting women like Herrera is evocative of a theocracy, as a conservative Christian shift pushes the Supreme Court to the far right.

To date, no states have enacted laws to ban travel for abortion, but anti-abortion politicians are working to change that. In Missouri, a bill is pending that would warrant civil lawsuits if an abortion were administered out of state.

“We knew this was coming, ” says Neta Meltzer, the Regional Director of Communications and Marketing for Planned Parenthood of the Rocky Mountains, “and we’re still shocked.”

According to Meltzer, current abortion care wait times are up to two weeks—which she says is too long. What’s more, the strain on reproductive healthcare in Colorado will have ripple effects on other healthcare services, such as STI testing or birth control provisions.

To meet these rising demands, Meltzer says, “We have a patient assistance fund that folks are supporting generously in our community that will help people access their care financially, handle their travel, and support them in whatever they need in order to make it to their appointment here.

“One thing we’re hearing from patients is that they’re grateful that they’re able to get care with us, and that we’re still open and that care is still available,” she says. “And that’s something that’s really striking if you step back and think about it, because no one should have to be grateful for access to reproductive healthcare, it’s a human right, and it should be available; it shouldn’t depend on where you live or how much money you make.”

Even in Colorado, where safe abortions are secured, the ruling wreaked havoc. According to Meltzer, Planned Parenthood is overwhelmed with people seeking information and appointments.

“Our call center had an hour-and-a-half wait time on Monday (after the Dobbs ruling), because patients were calling in trying to figure out if their appointments were still available to them, if they could still get the care they wanted,” she says. “People are confused, and people are concerned.” She reflects on how we’re all living through historical events—and not in a good way.

“Museums have reached out to us asking for our posters and pamphlets, because they’re documenting this moment for the history of this country,” she says.

Savita Ginde is the interim healthcare strategy executive at Boulder Valley Women’s Health Center (BVWH). She says the center has been building capacity by working with other clinics to ensure patients can access care both within and outside of the state.

“We’re really trying to connect all the dots to make sure that we can help patients access the care they need,” she says. To meet demand, Colorado clinics will have to boost staffing, training, and partnership.

Belmonte states that clinics across Colorado have experienced an influx of out-of-state patients since Texas’ restrictions in September, and that local clinics are expanding their services to accommodate this increase. “Unfortunately, there are only so many patients that we can care for, and our clinics have experienced increased wait times for appointments, meaning that we are caring for people at later gestational ages, both coming from outside of Colorado and even for our patients here.”

Meaning a lot of patients won’t be able to access care in time, and will have to carry their pregnancies to term—unless they seek illegal and unregulated treatment outside of a medical setting.

The Denver Party for Socialism & Liberation is calling on Gov. Polis to act now to make Colorado an abortion sanctuary, as Colorado is about to become the nearest source of abortion services for an additional 1.2 million people of child-bearing age from nearby states. To meet increased need and protect patients and providers, the party wants Polis to issue executive orders providing emergency funding to abortion clinics, prohibiting state entities from cooperating in the investigation or prosecution of abortion recipients or providers, and banning the sharing of medical records with law enforcement.

While he remains weary about the future, Belmonte is not entirely hopeless for it:

“Access to abortion and the lives of people with uteruses will only get worse as more and more states move to ban abortion, but I have hope that the voices of the people will be heard. We have a unique opportunity to create legislation that will go beyond what the frameworks of Roe and Casey allowed. But I have no doubt in my mind that many people will be harmed before that day comes.”