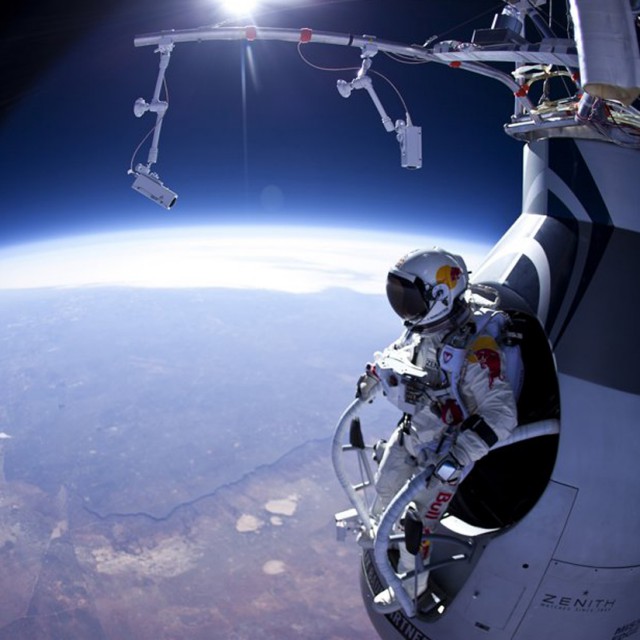 Daredevil adventurer Felix Baumgartner’s plans to plunge 23 miles
from the edge of space back to Earth — a Red Bull-sponsored stunt that
would be the world’s highest freefall — and on Thursday, his team
announced the completion of a key test flight over Roswell, N.M.

“The height of Felix’s test flight was significant, as it was the
first time he passed the Armstrong Line of approximately 63,000 feet,
where the atmospheric pressure truly tests Felix’s custom-made space
suit,” his team said in a news release.