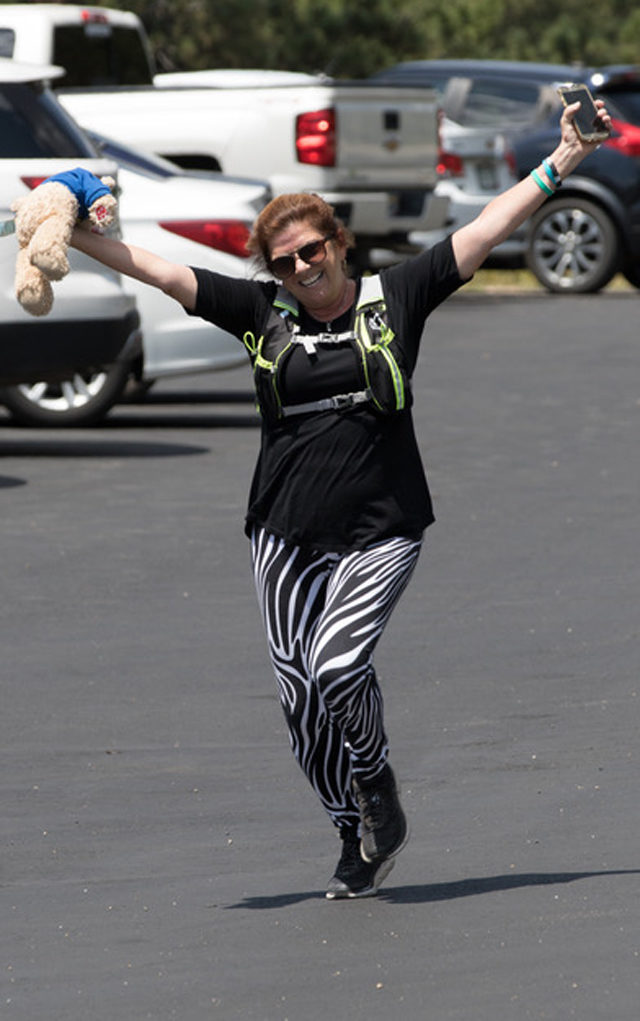 Courtesy of the Healing NET Foundation

Gil Schaenzle is tough. It’s not her demeanor; she laughs easily and speaks warmly about her family. But this is a woman who once broke her ankle seven miles into a half-marathon in Yuma, Arizona, hobbled to an aid station, fashioned herself a duct-tape splint, and finished the race.

Any previous hardships in Schaenzle’s life, though, did nothing to prepare her for an almost unthinkable loss: that of her daughter, Anna, who passed away in March 2017 at just 21 years old. Anna had neuroendocrine cancer (NET cancer, for short), and lived just nine months after her diagnosis — the same amount of time, Schaenzle points out, that she carried Anna, and the same number of months it took her to run through 50 national parks after Anna’s death.

The idea to run through dozens of national parks became a way for Schaenzle to cope with the death of her only child, but it didn’t begin that way. Schaenzle had been a sprinter in high school and ran throughout college, until she developed pain in her knee and eventually needed surgery.

“Of course, back then, [surgery] wasn’t that great,” she remembers. “My surgeon said to go home, throw away all my high heels, and never run again.”

By the time she was in her 50s, the combination of her once-bum knee and an autoimmune disease had taken its toll on her running ambitions. Eager to lose the weight she’d gained, she regularly went for walks in her Evergreen neighborhood. Then, one day, it occurred to her to try jogging a little.

“I think I went about 10 feet before I had to stop,” Schaenzle laughs. The next day, she ran about 20 feet before she was out of breath, and less than a month later, she was running her first 10-kilometer race.

Within two months, she was racing her first half-marathon — Schaenzle doesn’t take things slowly. This, it turned out, was a bit of a problem. After the ankle break in Yuma, she was eager to lace up her shoes again, and ended up re-injuring herself. As she recovered, the national parks idea began to take shape.

Waiting for her ankle to heal, Schaenzle’s doctor urged her not to bear any weight on the injured limb, let alone run. “I was bored out of my mind,” she says of those weeks. “I thought, ‘Maybe I’ll get out of the race circuit for awhile and just get into nature. What if I ran all the national parks?’” 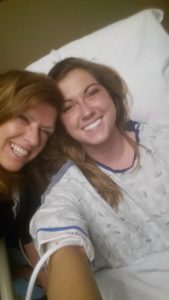 Schaenzle started planning her running mission to pass the time. Soon enough, she was in physical therapy. “That’s when my daughter was diagnosed with this insidious cancer,” she explains, the optimism draining from her voice. “So of course the plan immediately went to the back burner.”

Anna passed away nine months later, and Schaenzle was inconsolable. “I couldn’t stop crying,” she says of the dark days after Anna’s death, “but I got another little shoulder-tap, like, ‘You need to do this.’”

She consulted Anna’s surgeon about the possibility of using the running mission to raise money and awareness for NET cancer, and the surgeon put her in touch with the Healing NET Foundation. Schaenzle put the whole thing together in just two months, and on Nov. 10, 2017 — NET Awareness Day — she embarked on her mission in Kentucky’s Mammoth Cave National Park.

Over the next few months, Schaenzle traveled more than 42,000 miles between national parks, where she ran, hiked and kayaked. Along the way, she met countless NET patients, and her efforts have raised more than $12,000 for NET research.

“NET patients go through a lot,” she says, noting that NET cancer is often misdiagnosed. She explains that NET can occur anywhere in the human body, though it’s most commonly found in the torso. (Anna’s cancer was in her adrenal gland.)

Schaenzle compares pancreatic cancer, for example, to NET cancer found in the pancreas: “It’s misdiagnosed because [doctors are] looking for horses, not zebras,” she says. Those two particular types of cancer can occur in the same place, but, she explains, they’re treated differently. On her national parks runs, she often wore zebra stripes to raise awareness of such differences, and hopes folks who get a cancer diagnosis that “just doesn’t ring true” for some reason will ask their doctors to check for NET cancer.

Schaenzle was often on the road with her husband, Fred, and she spent plenty of time meeting folks at the beginnings and ends of her runs. When it was just her on the trail, though, she says it felt like time she was spending with Anna.

It only made sense that Schaenzle, a Colorado resident since her teenage years, would finish her journey at Rocky Mountain National Park, where she often took Anna as a little girl. She tears up as she describes that emotional finish along the road near the park entrance station. 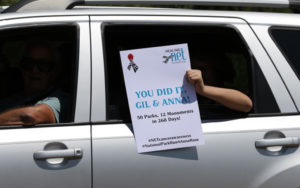 “A guy pulled up next to me as I was finishing up my last run,” she remembers, “and asked ‘Are you Anna?’ I told him, ‘No, I’m Gil, Anna’s mom.’” The next thing Schaenzle knew, he was hanging a sign out his car’s window. “‘You did it, Gil and Anna!’ he told me.” Cars behind him started to cheer her on, as well. “It restored my faith in humanity to have all these people interested in Anna’s story,” she says of her months on the road.

One day during Anna’s battle with NET cancer, when she was home after a chemotherapy session, Schaenzle mentioned the national parks run. She wondered if her daughter would be her support crew as she logged miles in each of her planned parks.

To her surprise, Anna shook her head. “She told me, ‘I’m going to run it with you,’” Schaenzle says through tears. “She knew with utter resolve that she was going to do this with me.” Anna couldn’t join her mom on the running mission in the way she’d intended, but, to hear Schaenzle tell it, she was still along for the ride.

Learn more about NET cancer at www.thehealingnet.com, and visit Schaenzle’s blog to read more about her run through the parks.