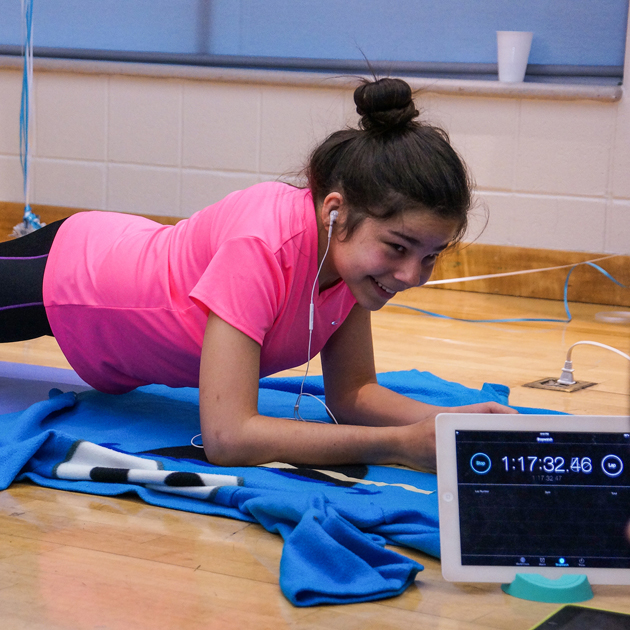 Lifelong Boulder resident Gabi Ury recently made history when she held a sustained abdominal plank longer than any female on record.

Just a few weeks ago, in front of friends, family and two video cameras used to record the evidence necessary for the Guinness World Records to confirm her feat, Ury planked her way into the world-renowned record book. And true to Ury’s immense drive and determination, the Boulder teen held the taxing position for one hour, 20 minutes and five seconds — nearly 15 minutes beyond previous world’s best.

The 16-year-old’s achievement is made more remarkable by the fact that Ury has endured over a dozen major surgeries to combat complications associated with VATER syndrome, an acronym describing a number of defects which Ury was born with that included areas of her spine and major muscle groups.

A number of years ago, Ury discovered continually holding a plank, a position commonly used by athletes to strengthen their core, came naturally to her. After years of training, Ury set a date of April 19 to break the planking record of one hour, five minutes and 18 seconds. At the time, Ury’s personal best was an hourlong plank. So, surpassing the 65-minute mark was no guarantee.

With one Guinness World Record under her belt, Ury has been training her dog, Mia, to sit her on back while she planks. She says she isn’t sure if the added dimension of her unique talent will write another page in the record books, but she’s enjoying the additional time with her companion anyway.