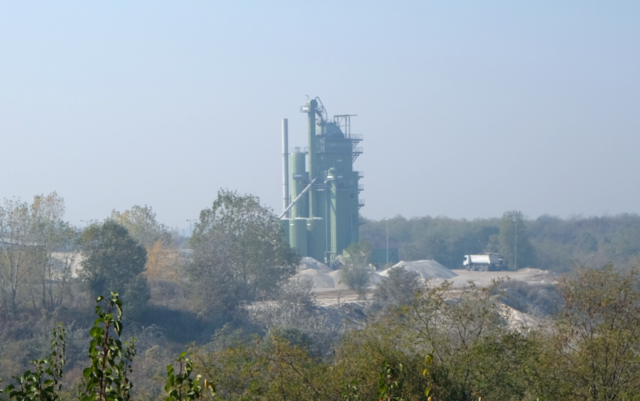 In a world where climate change regularly makes headlines, news of environmental victories are a welcome relief. For a group of activists in Belgrade, Serbia, funded in part by Boulder-based Global Greengrants Fund, a recent win could mean cleaner air quality and the beginnings of a more robust recycling and waste management system as the country seeks to join the European Union in 2020.

For the last year and a half, the grassroots organization Ne Davimo Beograd (Don’t Drown Belgrade) has been fighting a proposed large capacity waste incinerator, approved by the city in 2017 as a public-private partnership with promised funding from large development banks. It’s proposed to be built at the current Vinča landfill, which has been operating for more than 40 years on the shores of the Danube River.

In late October 2019, the European Investment Bank (EIB) announced it’s pulling its funding for the incinerator after Ne Davimo Beograd challenged the project, arguing that it will only worsen Belgrade’s poor air quality and prevent the city from implementing more meaningful recycling and waste management strategies. The support from the Global Greengrants Fund helped the organization gather research and data to make its case against the incinerator to send to the banks and create public pressure.

The EIB and European Commission, in a short statement, “came to the conclusion that by implementing this project there was a danger that Serbia wouldn’t reach the waste recycling targets and separate collection targets that it needs to reach as part of its succession process to the EU,” says Pippa Gallop with the grassroots CEE Bankwatch Network in central and eastern Europe, “which was indeed what we’ve been saying the whole time.”

Serbian recycling is rather informal, including the widespread use of waste pickers — people, mainly of marginalized Roma origin, who rifle through city trash and work at the landfills collecting recyclable materials —  making official recycling rates hard to come by. Serbian officials estimate about 10% of municipal waste is currently recycled, however, environmental and waste management groups say it’s closer to about 3-5%. Regardless, it’s a far cry from the 65% required by 2025 according to EU standards.

Plus, it’s estimated the proposed project will burn 66% of Belgrade’s municipal waste (about 340,000 tons) annually. Given that 68% of that waste is considered recyclable, compostable or preventable according to CEE Bankwatch, opponents are concerned materials that could actually be reused or recycled will be burned instead.

“They say they won’t burn things that can be recycled, but we have very big doubts about that,” says Aleksa Petković with Ne Davimo Beograd, adding that the EIB and European Commission have also expressed similar concerns. It’s especially concerning given Serbia’s bid to join the EU, which is moving away from a more traditional consumption-based economic system in favor of a more sustainable circular economic system.

The circular economy concept is an integral part of the European Green Deal, introduced in late 2019, which aims to make Europe the first carbon-neutral continent by 2050.

The idea is simple: a circular economy advocates for waste prevention instead of waste management by emulating nature’s more regenerative life cycles. It requires a transition to renewable energy and product design innovation so that things like single-use plastics are eliminated. It runs counter to the more traditional linear approach of consumption that fueled the industrial revolution — “take, make and dispose” as the Ellen MacArthur Foundation, a major backer of the idea worldwide, describes.

The Vinča waste incinerator moves Serbia in the exact opposite direction, its opponents argue.

“The plant isn’t committing to be in line to the new standards and [government officials] prioritized it over more environmentally sustainable waste management,” Gallop says.

The possibility of increased air pollution produced by the incinerator is also of concern, Petković says. Already, Serbia has seen an increase in premature deaths as a result of air pollution, approximately 6,500 a year, according to the latest statistics from the World Health Organization. Ne Davimo Beograd is concerned that the incinerator will just make the problem worse, especially since Serbian air monitoring systems have proven unreliable in the past.

The fact that EIB pulled funding for the project is seen as a victory, but with more investors still committed to the project, Ne Davimo Beograd still has a lot of work ahead. Along with CEE BankWatch, the organization has filed an official complaint with European Bank for Reconstruction and Development (EBRD), which has already approved a loan for the project. Gallop says the organizations are also considering further legal action to prevent construction of the incinerator.

Apart from that, Ne Davimo Beograd will also continue educating the public about the proposed project, hoping to sway public officials to cancel its development in favor of a more sustainable waste management approach.