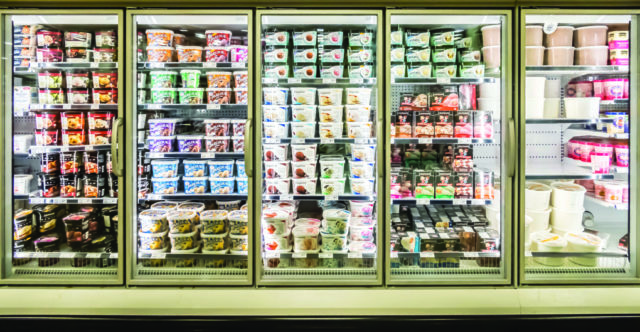 On May 22, Colorado joined a handful of other states that are starting to phase out hydrofluorocarbons (HFCs) in an effort to curb greenhouse gas emissions and meet the state’s aggressive emission reduction goals by 2050.

Introduced in the 1980s, HFCs helped save the ozone layer as a replacement for chlorofluorocarbons (CFCs), the use of which led to stratospheric ozone depletion and the notorious ozone hole over the Antarctic. Synthetic refrigerants currently used in most air conditioning and refrigeration systems, HFCs were proven not to damage ozone, and at the time, climate change really wasn’t on the radar for most of us.

Boulder County, as a member of Colorado Communities for Climate Action and the Local Government Coalition networks, was a formal party to the rulemaking at the Air Quality Control Commission, which passed the new regulations. At the same meeting, the Commission also updated its greenhouse gas inventory process in an effort to provide a more frequent and accurate understanding of the state’s emissions.

HFCs, although released in much smaller quantities, trap significantly more heat in the atmosphere compared to an equivalent amount of carbon dioxide. According to the international Climate and Clean Air Coalition, HFCs are 1,430 times more damaging than the CO2 equivalent and remain in the atmosphere up to 29 years. What’s more, HFC emissions are growing at a rate of 10-15% per year. Replacing them could help avoid 0.1 degree Celsius of warming by 2050 and phasing them out altogether could avoid 0.5 degrees of warming by 2100.

“These are really potent [short-lived] climate forcers and at small concentrations, they actually harm the climate significantly,” says Christina Theodoridi, a technical analyst who specializes in chlorinated gases like HFCs and CFCs with the Natural Resources Defense Council (NRDC). “And that is one of the main reasons why it’s important to curb their emissions early on and make sure that the alternatives are being used instead of these very potent greenhouse gases.”

The Environmental Protection Agency has an approved list of alternatives for HFCs as part of its program to phase out their use in most sectors by 2024, under the Clean Air Act. However, the phase-out has been stalled by federal litigation. Additionally, although President Barack Obama signed onto an international agreement to reduce HFC consumption 80% by 2047, he didn’t have time to bring it to Congress for ratification before leaving office. The Trump administration has yet to pick it back up. Recently legislation was introduced in Congress to consider federal action anyway.

“So this is still in limbo,” Theodoridi says.

Which is why Colorado, coordinating with the U.S. Climate Alliance, a coalition of states committed to meeting the goals of the Paris Agreement, took matters into its own hands, and initiated the phase-out of HFCs. According to Theodoridi, it is the fifth state to do so, although several other states have proposed actions and still more are interested.

“Of course it would be nice if the federal government stepped up and offered some leadership on issues like phasing out HFCs,” says Jacob Smith, executive director of Colorado Communities for Climate Action. “But in the absence of that kind of federal leadership, then it’s up to the states to make things happen. And the more states that step up individually and adopt phase-out, like Colorado just did, the sooner that momentum builds, the sooner the industry is going to want to switch anyway, the cheaper the alternatives will become.”

With improved technology, substances like ammonia and CO2, which were previously thought too toxic or harmful, are now recommended alternatives, Theodoridi says. There are also newly developed synthetic materials which, so far, have been deemed better than HFCs.

The idea is, “Let’s stop using something that we know has a huge planet impact, especially when there are alternatives that have a much reduced impact,” Smith adds. “And then that buys us some time and we can figure out what might be the best long-term answers.”

“We see this as one step,” Copeland says. “But it’s not going to make the state meet all of the goals that were laid out by the legislature.”

A previous version of this story misidentified the Natural Resources Defense Council. We apologize.