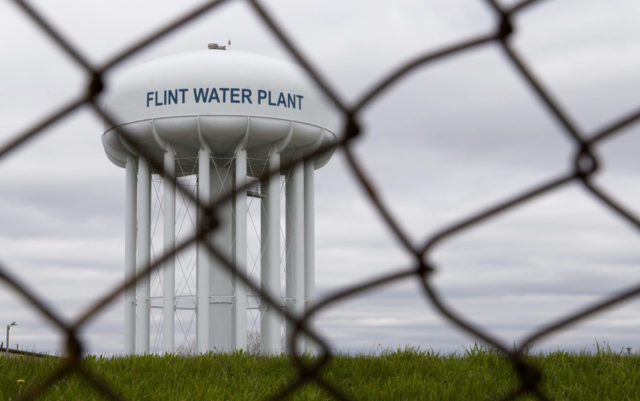 An outbreak of Legionnaires’ Disease (LD) among residents of Flint, Michigan in 2014 is directly linked to the city’s water contamination crisis, according to a recent study published in the Proceedings of the National Academy of Sciences and authored by  researchers at Colorado State University in Fort Collins.

Research and analysis done by Dr. Sammy Zahran, associate professor in the departments of epidemiology and economics at CSU, and his colleagues show that the rate of LD was almost seven times higher than normal in Flint and surrounding areas while the city culled drinking water from the tainted Flint River. They found 80 percent of cases are linked to problems with the water, such as low chlorine levels.

LD is a type of waterborne lung infection, and symptoms are pneumonia-like, including cough, fever, headaches and nausea, according to the Centers for Disease Control.

Zahran and CSU economics professor Dr. David Mushinski teamed with academics from three Michigan universities to analyze data at the request of the Michigan Department of Health and Human Services (MDHHS) after observing a spike in the illness during the summers of 2014 and 2015. In that time frame, Genesse County (where Flint is) reported 90 cases of LD; 12 people died.

“Our paper has access to a complete inventory of cases,” Zahran says. “[We have] a precise timing of when the disease was reported and the geographic location of the harmed party, so we can see those details of the disease emanating spatially and temporally.”

The research team, known as the Flint Area Community Health and Environment Partnership (FACHEP), compared LD datasets from 2010-2016 along with weekly water quality reports from eight monitoring locations in the city.

“We’re trying to dive down into the mystery of what governs this, and see if we can identify something explicit that’s going on in the water,” Zahran says.

What the team noticed was “complete chaos” in chlorine levels that coincide perfectly with the city’s switch from Lake Huron to Flint River water. While levels remained consistent for the first year and a half of the reports, they went haywire in April 2014 — some quadrupling to a level Zahran says “can cause a skin itch or burn your eyes.” Chlorine levels became wildly inconsistent, with some weeks returning levels close to zero, only to have a spike the following week.

“Since chlorine is highly reactive, a heavy metal leaking off a corroding pipe would bind with the chlorine and then it’s not available to affect the bacteria,” explains Dr. Michele Swanson, a co-author of the study and University of Michigan microbiology professor.

After comparing the monitoring locations and the sufferers’ places of residence and employment, the FACHEP team found that “during the switch, the risk of a Flint neighborhood having a case of LD increased by 80 percent per 1 mg/L decrease in free chlorine, as calculated from the extensive variation in chlorine observed.”

Additionally, researchers found that where water chemistry is changed, as it did in Flint, higher levels of chlorine residuals are needed to suppress bacteria.

But by MDHHS standards, the results FACHEP found are somewhat controversial. Prior to the study’s publication, MDHHS ceased research funding and issued a press release calling the FACHEP study “inaccurate, incomplete.” After disagreeing with the study’s conclusions, MDHHS hired a European research firm to do a third-party review of FACHEP’s work, which declared it lacking.

MDHHS and other Michigan state officials claim the LD outbreak was caused by a Flint hospital, a hypothesis Zahran says the FACHEP “took very seriously,” but proved “impossible in a reality-based world.” The data, Zahran details, shows symptoms starting before hospital admittance.

Both professors speculate on what Zahran calls “motivation in terms of clouding the science” and a “conflict of interest that makes me uncomfortable,” Swanson says.

In the aftermath of the water crisis, five MDHHS employees have been charged with a bevy of crimes after Michigan Attorney General Bill Schuette prosecuted several state workers in 2016 and 2017. Director Nick Lyon and Chief Medical Executive Dr. Eden Wells are facing involuntary manslaughter charges. Lyon is also charged with misconduct in office for failure to notify officials of the outbreak for a year, and Wells is facing charges of lying to a police officer and obstruction of justice for threatening FACHEP researchers about funding money. Other employees were charged with misconduct in office and willful neglect of duty.

Regardless, the discontinuation of state funding is not the end of the research, Swanson says. She’s currently working with the Academy of Sciences, Engineering, and Medicine on a new project about the management of legionella bacteria in water systems, and she hopes to further advise government agencies on the matter.

“We are quite confident that our work will hold up to scrutiny,” she says. “This has been a launching platform.”

Correction: This article previously misstated researcher Dr. Sammy Zahran works for the department of demography. We apologize for any inconvenience.