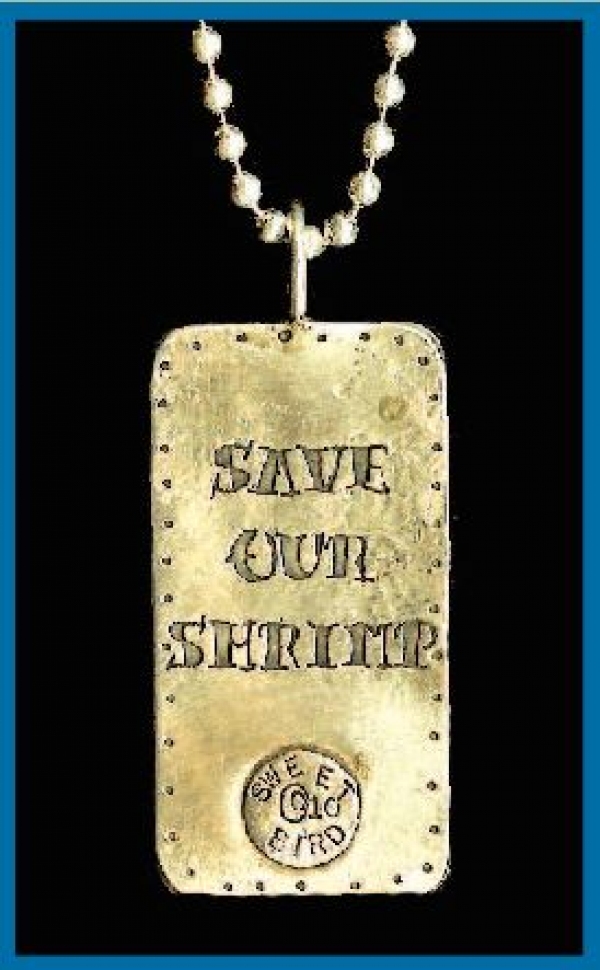 Behind a blank facade in one of North Boulder’s industrial strip malls is a room vibrant with color, conversations and the noise of artisans turning out small, quirky masterpieces of recycled goodness.

This is Sweetbird Studio, creative home of a Hygiene resident who says art transformed her from someone who thought she wasn’t an artist.

“I was a business major hired right out of college to work for the Federal Reserve,” says Nancy Anderson. “But when I had my daughter 25 years ago, I was looking for something I could do at home and be challenged. I was raised by a family that appreciated the nostalgic in antiques and crafts, and I had a big collection of bits and pieces. I just started making things out of them.”

Anderson put them into jewelry and belt buckles, mixed-media wall art, ornaments for hats and bags, pet collars and anything else that caught — and still catches — her fancy. She’s especially drawn to things with nostalgic, even kitschy, graphic art, such as vintage advertising.

As with the name of her studio, which comes from a Joni Mitchell song, words have the power of encouragement during difficult times. So she’s also fond of throwing text into the mix — words, slogans, phrases that speak to her.

“On each piece, I always include a message to the buyer,” she says.

Among them, “Have no doubt,” “Release the vision,” “Tiempo es oro,” (Time is golden) “Cherish the moment” and “Love rules.”

Much of her design inspiration comes from the folk art invented along the Santa Fe Trail — a mix of Anglo, Spanish and Native American cultures that created beauty out of whatever was on hand.

Her latest items are designed with the tragedy of the Gulf oil disaster in mind. “Our Lady of the Gulf ” frames the Madonna with turtles and shells and a plea for her intercession. A dog tag-like medal etched with the image of a crustacean has SOS, for “Save Our Shrimp.” Plans are for 100 percent of these and other items’ proceeds to go to clean-up efforts in afflicted areas.

Anderson doesn’t do as many one-of-a-kind pieces as she used to, but still does a lot of custom work. Ninety percent of her mixed-media pieces are from recyclables. The business uses mostly metal; even its leftover scraps are sent to an American smelter that returns them as casting grade material.

It looks like success in the studio — but the easy and cheerful bustle of today belies a long struggle. There were times when Anderson, the divorced mother of two, quit her own business. But her late-discovered artist wouldn’t accept that for long.

“It’s what I’m always telling people, especially the young ones,” she says. “When you’re doing what you love, it will follow you. You can’t quit it.”

CORRECTION: The phone number for Western Aluminum Recycling was incorrectly listed in the July 15 issue. The correct number is 303-447-0252.