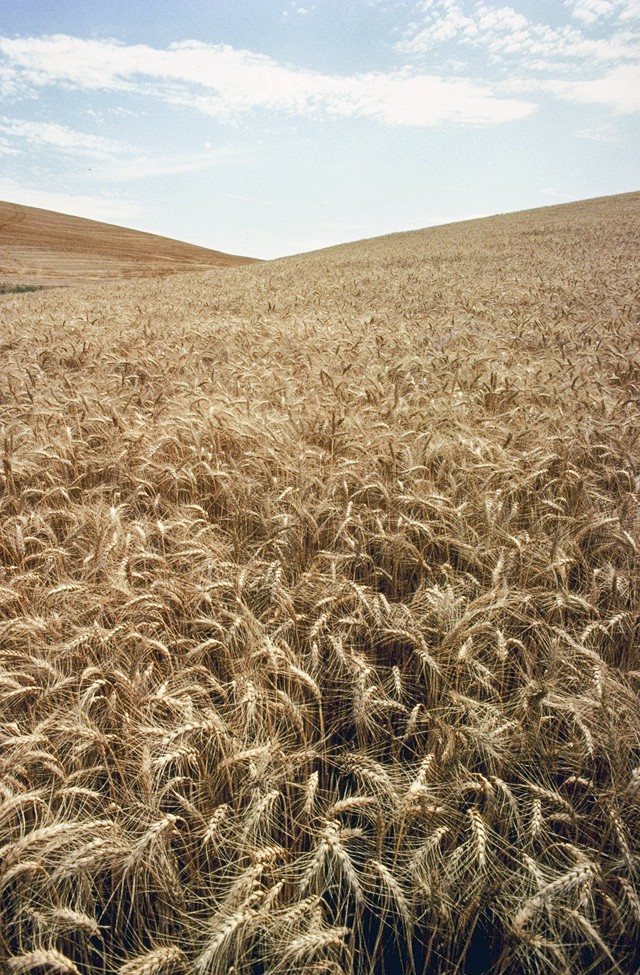 Humans are changing not just climate overall, but also the difference between seasons in any given year.

Researchers believe they now know why global warming has begun to announce itself both in annual rises in temperature and in the seasonal records of carbon dioxide in the northern hemisphere — the same seasonal variation in atmospheric chemistry that also contains within it the signature of the Green Revolution and the 20th-century population explosion.

And it’s all because the natural swing from high carbon dioxide levels to low each year has become more dramatic in the last 50 years.

Each year, in the northern hemisphere growing season, the CO2 levels drop as plants grow and soak up the atmospheric carbon.

Later in the year, as leaves fall, crops are harvested and consumed, and soil is freshly tilled, most of that CO2 gets back into the atmosphere. It’s an inexorable pattern that follows the seasons.

Systematic measurements of CO2 levels began in 1958, and they show that swings within each year from high to low, and back again, have increased in amplitude by 50 percent, and go on increasing by 0.3 percent every year.

And both groups identified the cause of the widening CO2 swing as being a mix of steadily higher temperatures and the Green Revolution — the dramatic advance in agricultural productivity that fueled the tripling of the human burden of the planet in less than a human lifetime.

Josh Gray, research assistant professor in the Department of Earth and Environment at Boston University, reports with colleagues in Nature journal that they have gone one better by identifying the crop that makes the biggest difference: maize, or corn.

Together, the world harvest of corn, wheat, rice and soybean grew by 240 percent between 1961 and 2008, increasing the uptake of carbon during that time by 330 million tonnes.

Corn, grown ever-more intensively in the midwestern U.S. and in China, is responsible for two-thirds of this change, the researchers calculate. Gray calls the super-productive croplands “ecosystems on steroids.”

Ning Zeng, professor in the Department of Atmospheric and Oceanic Science at the University of Maryland, and lead author of the other Nature paper, reports that he and colleagues devised a new model of the terrestrial carbon cycle to explore the increase in seasonal CO2 swings, and the role of the Green Revolution in these swings.

There are several reasons for the increasing swings: average temperatures have started to rise; there is the natural “fertilization” effect of carbon dioxide, as some plants respond well to higher levels; and as the Arctic regions have thawed, more growing land is available — and vegetation has been marching north.

But a fourth reason is that farmers are now producing more yield from the same land, and the same crops. Between 1961 and 2010, the area of land planted with the world’s great crops grew by 20 percent, but — with improved strains, better fertilizers and more irrigation — yield grew threefold. So more CO2 was taken up each year, and more released.

“What we are seeing is the effect of the Green Revolution on Earth’s metabolism,” said Professor Zeng. “Changes in the way we manage the land can literally alter the breathing of the biosphere.”