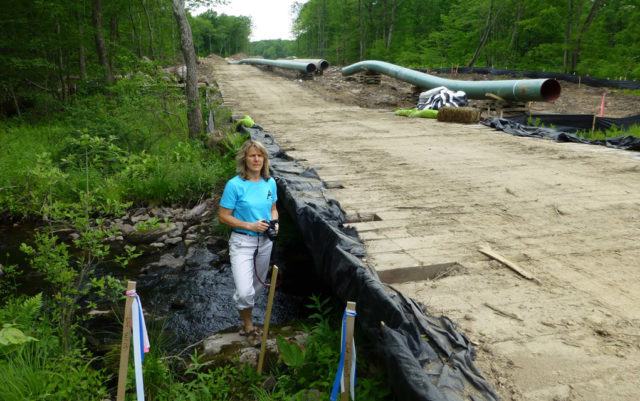 In 2014, there was an effort in Colorado to cement the public’s right to clean air, water and environment in the state constitution. Citing numerous health and safety hazards born out of oil and gas operations, the backers of the amendment, Coloradans for Safe and Clean Energy, gathered signatures for that amendment and another initiative that would’ve required new oil and gas operations be set 2,000 feet away from existing structures.

If you’ve read Boulder Weekly since, you know what happened next. The state’s Democrats “cut a deal” and the initiatives were pulled after they were submitted for signature verification.

So Boulder County environmentalists know a thing or two about what activist and lawyer Maya K. van Rossum calls a “green amendment,” a constitutional amendment at the state or federal level that guarantees rights to clean air, water and habitat. And van Rossum knows that what happened in 2014 is exactly why another push for a green amendment in Colorado, other states and at the federal level is necessary.

“Just as recognizing the value of environmental protection can be nonpartisan, so too can the sellout of our government,” van Rossum says. “The truth is President Obama, President Clinton, under their administrations we did not see great protection for our environment being carried out. The devastation of the oil and gas industry was very much supported and advanced by the Democratic legislators at all levels of government.”

Van Rossum says it’s only been since Trump has been in office that more people have begun to see how feckless many of our local, state and federal environmental protections are.

“The truth is that much of what [Trump] is doing, he can defend under the law as currently written, and that’s the problem,” van Rossum says. “The problem with those laws [such as the Clean Air and Clean Water Acts], as with all environmental protection laws, is they are not written to prohibit pollution even if it means devastating somebody’s life, health or safety. They’re written to regulate, to require permission to allow it to happen, but not really to stop it.” 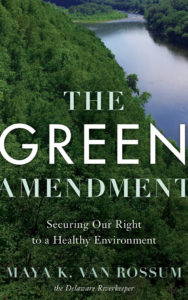 Van Rossum has seen firsthand how a constitutional environmental amendment can be used to benefit communities. She was an original petitioner on a landmark 2013 case in Pennsylvania that affirmed the state’s existing environmental rights amendment, which is codified in the Pennsylvania Bill of Rights. Pennsylvania is one of the few states in the U.S. to have such a law, but it hadn’t really been tested until this lawsuit. Since the state Supreme Court ruled in favor of van Rossum et al., the legal victory has been the foundation on which people across Pennsylvania have successfully combated unwanted and harmful oil and gas operations on their lands.

Now as the director of the Delaware Riverkeeper Network, van Rossum is working to halt the construction of the controversial PennEast pipeline. The PennEast Pipeline Company — a coalition of six gas companies — has been trying for years to build a 114-mile natural gas pipeline from eastern Pennsylvania to central New Jersey. Along the way, the pipeline would pass through environmentally sensitive areas including 88 waterways, 44 wetlands and 30 parks. Because of federal rules regarding interstate pipelines, eminent domain can be used to site the pipeline over open space and preserved farmland.

The PennEast pipeline would furthermore create a new “right of way,” which would allow for future construction of more pipelines along this route as well as compressor stations and other oil and gas infrastructure. PennEast has thus far been unable to prove the pipeline is needed: The American Climate Prospectus projects a zero percent increase in electricity needs in the region for the next 25 years.

Still, the Federal Energy Regulation Committee (FERC) granted initial approval for the pipeline on Jan. 20, but the project still faces several more obstacles. Van Rossum has been working with community members in the area for the last several years to fight against the PennEast project, and she worked with New Jersey State Assemblyman Tim Eustace to bring a green amendment before the state legislature this month. It’s modeled on Pennsylvania’s amendment and could be a tool to combat the PennEast project.
Van Rossum says victories in Pennsylvania and New Jersey can provide the momentum needed to pass a federal green amendment in time.

“I think it’s important to start at the state level and not at the federal level, and I know that means more time, but the reality is I don’t think people are ready for a federal amendment. We need to get communities organized and understanding the power of constitutional provisions at the state level and starting to get those conversations and provisions happening and getting passed. As people go through the exercise and experience of talking about and pursuing and securing green amendments at the state level, we will start to have a high-profile discussion across the nation.”

What is necessary in any constitutional amendment is three elements, van Rossum says: that it’s added to the state or federal Bill of Rights; that it’s written to protect future generations; and that it protects the right of the individual so that certain communities aren’t sacrificed over others.

But that brings us back to Colorado. The failure of 2014’s amendment wasn’t necessarily the content of the measure (though, we’ll never know for sure); it was outside political forces that killed it. This year, a green amendment effort has not been resurrected, but supporters of an effort to require oil and gas operations to be sited 2,500 feet from structures are currently gathering signatures to put it on the November ballot. Van Rossum says those efforts — to add more regulation — are an important piece of the puzzle, as they limit industry options and galvanize an activist community. But they can only be truly effective in concert with a constitutional amendment.

“There’s no reason why people shouldn’t continue to fight for and secure increased laws and regulations to try to check the industry,” van Rossum says. “That’s all good and powerful and important and meaningful, whether or not you have a constitutional provision. But in my estimation, if we really want to protect our environment, it cannot be done in lieu of passage of a green amendment. That green amendment adds a heightened layer of protection and checks on government actions.”

Van Rossum details the steps communities can take to enact constitutional amendments in her book, The Green Amendment: Securing our Right to a Healthy Environment, which she’ll be discussing at Boulder Book Store on Jan. 31. State-by-state resources are also available at forthegenerations.org.