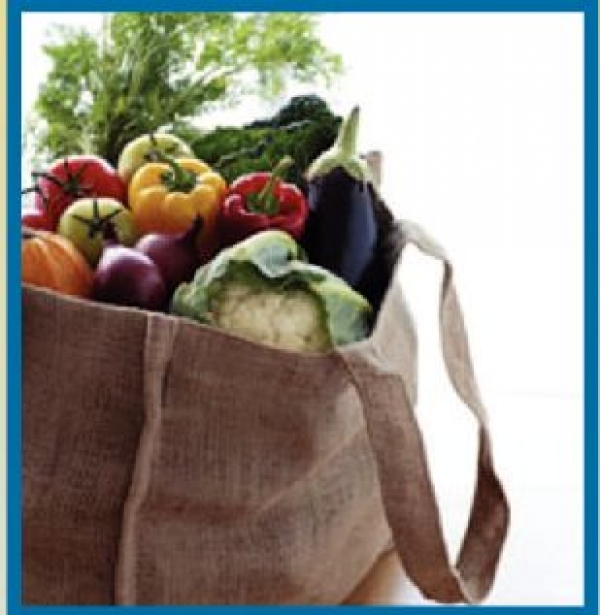 A long with Boulder landmarks like McGuckin Hardware and the Boulder Book Store, Alfalfa’s grocery remained a local standby for 13 years. Locals were crushed when the store, which pioneered the model for natural foods supermarkets, was bought by Wild Oats in 1996. Nearly a decade and a half later, Alfalfa’s will return to Boulder, and it’s prepared to greet a new generation of sophisticated shoppers.

In the early 1980s, the natural foods industry was measly compared to what it is now, even in Boulder.

“There is a lot more competition now,” says Mark Retzloff, one of Alfalfa’s original founders.

The past decade has seen the industry skyrocket; even conventional food stores like Safeway and King Soopers now offer organic products. Retzloff and his collaborators opened Alfalfa’s in 1983 as the first one-stop shop for natural products.

“It was one of the first supermarket-format natural food stores with multiple departments,” says Alfalfa’s spokesperson Sonja Tuitele. “It had vitamins, supplements, groceries, etc., all under one roof. It was really a trendsetter.”

Beyond setting trends, Alfalfa’s was regarded fondly among Boulderites. Many long-time locals still refer to the Broadway and Arapahoe location as Alfalfa’s. Retzloff recalls a newspaper naming it the best supermarket in Boulder as well as the best place to find your soulmate.

“It was the kind of store where if visitors came to town, you took them to it,” he says. “It had a strong relationship with the entire Boulder community.”

That is why many devoted shoppers were sad to see it go. As the natural organic foods industry started to boom in the 1990s, Whole Foods and Wild Oats (then two different companies) went on an acquisition spree, buying small natural grocery stores around the country. Wild Oats bought Alfalfa’s in 1996, though the store kept its original name for the next five years.

“In 2001 there were 19 different banners operating under the Wild Oats umbrella,” Tuitele says. It was then that all the stores were rid of their original names and uniformly called Wild Oats. The Alfalfa’s name completely went away at that point. In 2007, when Wild Oats merged with Whole Foods, the FTC got involved.

“[The FTC] felt as though the merger represented a monopoly in the natural foods state,” says Ben Friedland, regional marketing coordinator for Whole Foods. After much debate, the FTC and Whole Foods reached a settlement agreement, which forced Whole Foods to put a number of its stores up for sale. Specifically, it called for the sale of 19 non-operating stores, 12 of the acquired Wild Oats stores and one Whole Foods Market store, Friedland says. The Alfalfa’s location, which had been acquired by Wild Oats, was one of those put up for sale.

“A couple of my business partners were convincing me to do it,” Retzloff says of his decision to buy the property back. “I had enjoyed working in retail all those years ago, so I said ‘OK, let’s go for it.’” Retzloff is no stranger to the natural foods industry. He co-founded Horizon Organic Dairy with Paul Lopetto, and steered Rudi’s Bakery away from bankruptcy. With his college roommates in 1969, he started a company called Greenmont Capital, which invests in early-stage organic natural renewable energy companies.

“I was an environmental activist in college,” Retzloff says. “I thought one of the things I can do is provide a market for farmers who want to become more sustainable, stimulate a demand for more people who wanted to convert to organic and sustainable agriculture.” His goal, he says, was to market organic products correctly to consumers so that the industry could grow.

The industry did grow, particularly in Boulder. “Boulder has developed over the years to become an epicenter for natural foods in the U.S.,” Retzloff says. “People are very healthconscious, very open-minded. There’s lots of entrepreneurial spirit here. It’s a very fertile ground to cultivate these types of activities.”

The 21st century Alfalfa’s is scheduled to open again at the beginning of next year. While there is not a specific launch date, Tuitele says the market won’t open before January 2011. According to Retzloff, the store will cater to the Boulder shoppers who, in the past 20 years, have become sophisticated in their food choices.

“Boulder consumers know a lot about natural and organic products. They are at the leading edge in trends and food in this area. They travel a lot, and they see things happening around the world, and they want to bring them back,” he says. “Those are the things you have to take into consideration.” He adds that former Alfalfa’s shoppers will have high expectations for the new version of the store.

“[Local products] are the products we think people will resonate with,” Retzloff says. “Our brand will be Boulder County first.”

As for Wild Oats? Though it’s no longer at that particular location, Friedland says the company is excited about the renovation taking place at the Pearl Street Whole Foods store.

“After the redesign you’re going to see a Whole Foods market that nobody’s ever seen before,” he says. Food-savvy Boulderites can look forward to two new high-powered supermarkets. As Alfalfa’s makes its comeback, so does healthy competition.