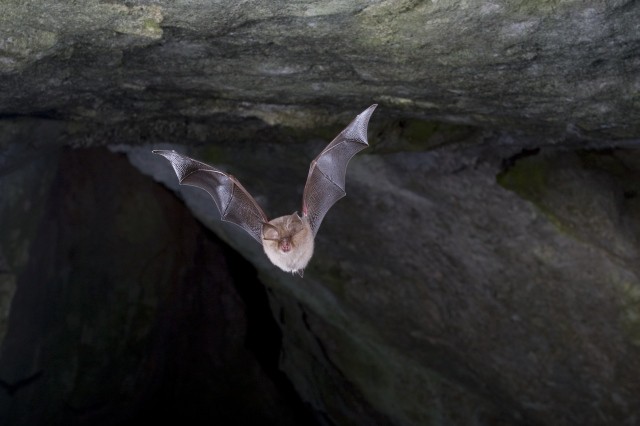 Scientists might just be about to answer one of the great puzzles of biodiversity and renewable energy: why one of nature’s most agile flyers, a creature with the most sophisticated ultrasonic tracking system, should be so fatally attracted to wind turbines.

Blades on the giant towers of wind turbines can rotate faster than a bird can fly, and are known to cause huge numbers of bird fatalities. The bigger mystery is why they kill so many bats.

These nocturnal flying mammals perform their aerobatics at bewildering speed. They can detect and snap up an insect on the wing, and so collision with a wind turbine blade ought to be about as rare as collision with a building or a tree.

But there is no doubt about bat losses. Researchers have already estimated that U.S. wind farms account for 600,000 or more deaths of the creatures every year. And this is not good news — particularly as some experts think bats may be worth $3 billion a year to U.S. farmers as pest controllers.

Now research biologist Paul Cryan and colleagues from the U.S. Geological Survey’s Fort Collins Science Center in Colorado report in the Proceedings of the National Academy of Sciences on a curious parallel: the species most likely to die near a wind turbine are those that are most likely to nest in trees.

And the conditions that bring the greatest number of deaths are not the high winds that send the blades racing through the air at a lethal 280 kilometers an hour, but the relatively gentle breezes of the kind that bats might experience as the familiar air currents in woodland areas when the insects are out in their millions.

In other words, it is possible that bats — which notoriously cannot see very well — are led by their echolocation system to believe that they are flitting around a tree.

In 2012, at a wind farm in Indiana, Cryan and his fellow researchers monitored the behaviour of bats with thermal surveillance cameras, near-infrared video cameras, acoustic detectors and radar. Altogether, they detected more than 3 million animals flying through their target zone. A quarter of these were vertebrates, and fourfifths of these vertebrates were clearly identified as bats.

After each night’s surveillance, they also found about a dozen freshly dead bats, but very rarely did their video cameras actually observe a fatal impact.

So the logic works like this: bats orient towards the turbines when the air currents are the sort they might expect to find around tall trees where the insects are gathered, or because they normally roost in tall trees.

Such findings are provisional, and there is more work to be done. But the hypothesis does help explain why it should be tree-roosting bats that suffer most losses.

“Behaviors that evolved at tall trees might be the reason why many bats die at wind turbines,” the report concludes.