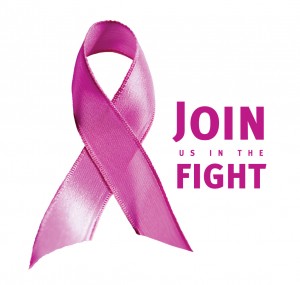 Boulder County has been hit hard by a decrease in funding from Susan G. Komen For the Cure. Poor women, those without health insurance and undocumented immigrant women are among those who will likely feel the greatest impact of this decrease. And it is up to us to make up the difference.

Among the organizations that had their funding from the Denver affiliate of Komen cut entirely this year is Boulder Valley Women’s Health Center (BVWHC), which provides a range of breast-health services to medically underserved women in the area.

BVWHC has been a Komen grantee since 1999. Last year, the organization received $35,000 from Komen and used that funding to pay for services such as breast cancer screening.

“We’ve come to depend on that to fund services for women who fall outside the guidelines of other programs, such as the Women’s Wellness Connection,” says Susan Levy, executive director of BVWHC.

The Women’s Wellness Connect (WWC) is a government program for poor, uninsured women and has very strict guidelines. Only poor women who are 50 and older and who are documented residents of the United States are allowed to participate.

“There are a whole lot of women we serve who don’t fit those guidelines,” Levy says. “It’s probably those who need it the most who have other barriers to service, who don’t get funding.”

This loss in funding effectively leaves holes in what was a well-organized safety net involving many organizations and individuals that has been in place in Boulder County for 13 years.

“We felt so good about having this wrap-around safety net for women who were uninsured and low income, and now we don’t have that,” Levy says. “We just don’t.”

But despite persistent rumors to the contrary, the center’s loss of funding from Komen has nothing to do with the fact that BVWHC also provides abortion care for women. Nor is the funding decrease the result of a backlash against Komen for the national office’s ill-conceived attempt to cut funding to Planned Parenthood, one of the biggest providers of breast cancer screening in the country.

According to Michele Ostrander, executive director of the Denver affiliate of Susan G. Komen for the Cure, the trouble lies with the economy.

Instead, what the Denver affiliate is seeing is a decrease in donations and a simultaneous increase in a demand for their help, she says.

“We are dependent on the community for support,” she says. “With the continuing economic challenge, we’re dealing with a larger population that needs more help.”

This grant cycle the Denver affiliate is funding 19 projects, totaling almost $2.5 million, a drop from $2.9 million in the last grant cycle.

How this will impact the county’s ability to meet the needs of women who need screening and treatment for breast cancer remains to be seen.

“What concerns me the most is that we had a well-designed, well-run program that worked,” Levy says. “It is only $35,000 [that we lost], but it was funding that came in the door and went out to pay for services.”

In the long term, Levy hopes the center will get its Komen funding back. But in the short term, donations are the only way to make up for that loss.

In honor of Mother’s Day and the women you love, please get out your checkbook or your credit card and give generously to BVWHC. The lives of women in our community are at stake.

To donate, go online to boulderwomenshealth.org.

To help support the Denver affiliate of Susan G. Komen For the Cure and help fund Colorado programs, go to www.komendenver.org.