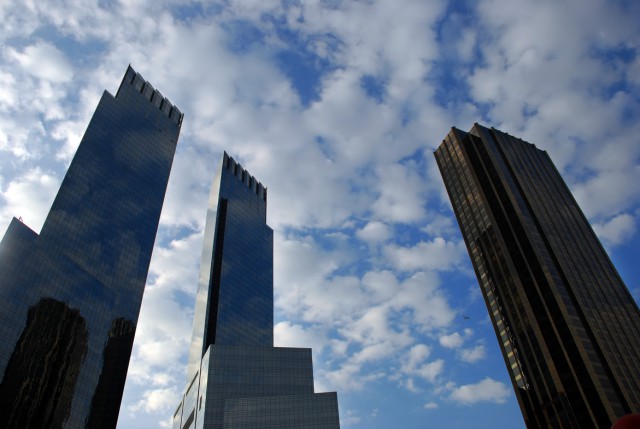 On Tuesday, July 19, Boulder City Council will hear from members of Boulder Move to Amend, who are asking council members to place a measure on the November 2011 ballot that would call for the abolition of “corporate personhood” — the granting of constitutional rights to corporations as if they were people — and the notion that money is a form of speech. Let’s hope City Council is listening.

Boulder Move to Amend organized in response to the U.S. Supreme Court’s ruling in Citizens United v. the Federal Election Commission, which granted the same constitutional rights enjoyed by human beings to faceless corporations and declared that money in the form of campaign contributions is “free speech.”

But first a bit of history. It wasn’t long ago that corporations had to justify their existence. Formed by charter — a process that required legislation and robust public debate — corporations existed for a limited time and were constrained to specific purposes. They could have their charters dissolved if the corporation violated the law or was found to no longer be of benefit.

It used to take a lot of effort to become a corporation, because the American people, suspicious of power mongers and robber barons, were justifiably suspicious. Laws at the time protected the public, not shareholders. If a corporation broke the law or caused public harm, the human beings behind those actions were held responsible.

Those days are long gone. Now, laws protect the interests of the shareholders, not the public. Incorporating is a matter of registering, not gaining public consent. Profit is at the true purpose of most corporations, with the pressure being so high to give shareholders a good return for their buck that ethics and morality seem no longer to be a part of the corporate lexicon.

If a corporation breaks the law — for example, neglecting safety measures to such a degree that a drilling platform off the Gulf Coast blows up, killing people and causing unprecedented environmental damage — the corporation might have to dip into its monumental profits to pay a fine or perhaps fork over damages to grieving family members. But rarely does our system hold individuals accountable by placing corporate scofflaws in prison.

At the same time, corporations use their vast financial resources to buy and sell politicians, not only helping those who are sympathetic to their causes to be elected, but also influencing them via lobbying efforts to vote this way or that way when it comes to important legislation that affects every human being in the country. Not only does money change hands — hard money, soft money, funny money — but the revolving door between Congress and Corporate America moves quickly, ensuring a steady supply of politicians who have special sympathy for the industries they were once a part of — and will be a part of again. Dick Cheney and Halliburton are but one glaring example of this. During his time as vice president — he left the company in 2000 with a multi-million-dollar severance package — Halliburton earned billions in exclusive government contracts.

Think of the long list of big corporations that have caused public harm:

Halliburton (pollution, Deepwater Horizon), BP (Deepwater Horizon explosion), the Wall Street banking industry (financial collapse of the world), Massey Energy (29 killed in mine explosion), Exxon (Exxon Valdez disaster), Enron (loss of millions in employees’ retirement funds) Monsanto (Frankenfood, plants that can’t reproduce, Roundup-resistant superweeds)… One could go on and on. In fact, it might be easier to make a list of corporations that haven’t abused the public in some way because it would be shorter. The quest for profit has become so rabid, so heartless, so obsessive that it encourages corporations to behave like instruments of rapine and pillage.

Good people have tried to rein in corporate abuses, by limiting the amount of cash that these organizations can spend while trying to buy candidates and elections. But now the Supreme Court tells us that corporations have the same constitutional rights that you and I enjoy as human beings — and that money is a form of free speech.

So now corporations get to have it both ways. When it comes to crime and punishment, the individuals who make up a corporation can’t be thrown in prison. But when it comes to participating in our elections, they have the same rights as you and I. Except that you and I don’t have billions of dollars to ensure that politicians hear our voices.

It took a long time for our political process to devolve into its current despicable state, and it will take a long time and a great deal of focused work on the part of ordinary non-corporate people — real human beings — to turn our troubled system around. It will start with efforts like that undertaken by Boulder Move to Amend, and it will end with celebration when a new amendment is added to the living body of our Constitution stating that corporations are only businesses and that money is only money.

The right to vote for those who represent us in local, state and federal elected offices is one of the most fundamental to our republic. Let’s hope members of Boulder City Council have the mettle to defend it.