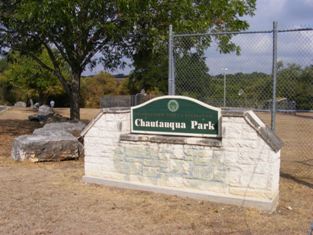 You get up early, throw your gear in the car and get rolling, eating an energy bar on the way. You turn off Baseline, and the hunt begins for that most elusive of scores — a parking space at Chautauqua.

When I was in grade school and Bluebell Road was still open, cars lined the right side of the road from Baseline to the picnic shelter at the top. After the road was closed to the public, traffic was funneled into the Chautauqua Park area, the Gregory Canyon parking area, down the south side of Baseline, and into the surrounding neighborhood.

As one of the most loved and busiest locations in the city, Chautauqua draws an estimated 1,280 vehicles per day during the summer, but has only 378 available parking spaces. As a result, people sometimes park where they shouldn’t, taking parking spaces away from those who live in the park’s rental cottages.

The city of Boulder has taken up the issue of parking at Chautauqua and appears to be headed toward yet another neighborhood parking permit (NPP) program that would require residents to buy a parking permit in order to park in some places around Chautauqua. Some permits would also be available for nonresidents for a higher cost.

NPP programs seem to be the city’s default answer to neighborhood parking problems. Rather than addressing the reasons people drive en masse to certain areas, the city finds a way to charge everyone for the privilege of parking on the street. For many restaurant workers, retail employees and college students, parking downtown or on the Hill is a serious expense arbitrarily inflicted on them by the city.

Sure. OK. Except that, when you’re commuting from Denver and have children in daycare and prescriptions to pick up and groceries to buy, a bike doesn’t do the trick. And what if you don’t own a bike?

NPP programs have always felt ineffective and elitist to me. They’re ineffective because they simply shift the parking problem from one place to another.

They’re elitist because they protect the privileges of the wealthy at the expense of the working class.

But this elitism is especially distasteful when it involves a public treasure like Chautauqua. Anyone who calls Boulder home feels a special attachment to the

park and the trails that surround it. From its rich history to the Fourth of July celebrations it hosts to sunny days filled with play, Chautauqua is very much The People’s Park. For the city to launch a program that enables the wealthy to have greater access to parking at Chautauqua than everyone else offends my sensibilities.

People drive to Chautauqua because they need to bring their climbing gear or their crash pad or their picnic lunch or their 2.5 kids and a stroller. Restricting parking won’t eliminate their need to drive. It will just make it harder for the average Boulder resident to enjoy Chautauqua.

It’s heartening to know that some City Council members are considering other options besides a new NPP program. City Council member Lisa Morzel says she would like to explore the possibility of a seasonal shuttle or trolley that would move hikers and other recreationists from outlying parking areas up Baseline Road to Chautauqua during peak use months.

“I understand the NPP thing, but I guess I look at Chautauqua as everybody’s resource,” says Morzel. “I have a problem allowing people who have the money to live up there to displace others who want access.”

The shuttle or trolley could be as simple as a privately owned bus or van company that makes regular runs from a parking area in town up Baseline to Chautauqua and Flagstaff. Or it could be a system of shuttles that interfaces with RTD to provide access to Open Space and Mountain Parks trailheads, from Mt. Sanitas all the way to Eldorado Canyon State Park. (Dean Paschall, manager for communications and public policy for Open Space and Mountain Parks, suggested in a conversation that we call the shuttle “the Hike.” If this were Facebook, I’d give that a “like.”) Morzel says it would be interesting to see what a private company could provide in terms of a shuttle service.

Public or private, let’s hope the shuttle concept prevails over the NPP concept during the coming discussions on this issue. Solving the parking problem isn’t about making it harder to park; it’s about finding creative ways to meet people’s transportation needs so they can leave their cars behind and enjoy the beauty of our public land.