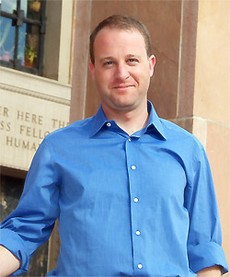 Since
his election in 2008, Rep. Jared Polis (D-Boulder) has emphasized
building bipartisan legislation and a sense of collaboration that are
going to be key for Congress to get out of the gridlock and move forward
with passing laws to give Americans easier access to education, jobs
and health care.

“This
Congress has been difficult because they’ve had an attitude of saying
no to everything rather than working together,” Polis says. “So I’m
hopeful, with the next Congress, people are elected with a mandate to
work across the aisle and to get things done, not just to say ‘No’ to
everything like the tea party has done this Congress. I think the
country is hungry for collaboration and tired of ideology above
results.”

Both parties
got the country into the mess it’s in, he says, and both parties
should have to work together to get it out. He’s setting an example for
that will bills like one he recently co-sponsored with neighboring
congressional district Rep. Cory Gardner (R-Greeley), that would
increase the amount of money parents can save before taxes for college
education from $2,000 to $10,000 a year.

Polis
is keyed in to issues that matter to Boulder County residents, like
GMOs and fracking. He’s sponsoring a bill to require GMO labeling, and
is pushing for municipalities and state governments to be able to
regulate fracking as they see fit for their area.

Above
all, the congressman emphasizes that he’s committed to seeing that his
agenda for the federal government matches what his constituents want.

In
a year when jobs are on everyone’s mind, the founder of several
successful start-ups looks to easing access to capital as a way to spark
growth in the job market, and says immigration reform that makes it
easier for immigrants with start-up ideas to stay in the country will
also help in rebounding from the recession.

And,
as a former elected officer, including chairman and vice chairman on
the Colorado State Board of Education, Polis has continued to keep
education at the forefront of the issues he’s considering, and is
working on a number of bills to replace the now pastdue-to-retire No
Child Left Behind Act, a 10-year-old bill that’s now been around 12
years.

His Republican opponent, Kevin Lundberg, a former state legislator, has a tighter focus for what matters this election season.

“The real focus I see for this campaign is the economy,” Lundberg says.

“It’s
jobs. It’s ensuring that the government is ensuring a good, healthy
business climate so that citizens in Colorado and across the country can
live their lives in a free and prosperous environment.”

Lundberg
served in the Colorado Senate for four years, as well as in the House
before that, and was responsible for passing a law that allowed people
with reward cards at grocery stores to accrue points that could be
redeemed as $.10 off a gallon of gas.

The
experience of building his own entirely solar-powered home has
convinced him that these alternative energy options can’t be the sole
solution for creating energy independence for America, he says.

“It’s
extremely expensive today, and the only way people can afford it is
with heavy government subsidies, and the utilities provide subsidies as
well,” Lundberg says. Those subsidies — which he says he has never
taken — have propped up technology ill-prepared for a competitive
marketplace.

His
county was drawn with the redistricting into District 2, and he says he
decided to run for U.S. Congress out of dissatisfaction with incumbent
Polis’ voting record.

“This is a very competitive district,” he says.

Polis agrees that the district has become competitive.

“Competitive
districts are very important for democracy,” he says. “Part of the
problem with the current Congress is too many members were elected
exclusively in primaries from districts where the general electorate
never even had a say in who their member of Congress was. I think that
for members of both parties to put forward good nominees that are
willing to work together, it’s healthy to have more competitive
districts.”

Though
redistricting has made District 2 more competitive, balancing out the
number of active, registered Democrats with Republicans and
independents, Polis is likely to keep a tight hold on his seat, and we
endorse him for that spot as a legislator who will be willing to cross
the aisle to bring movement and change to government.