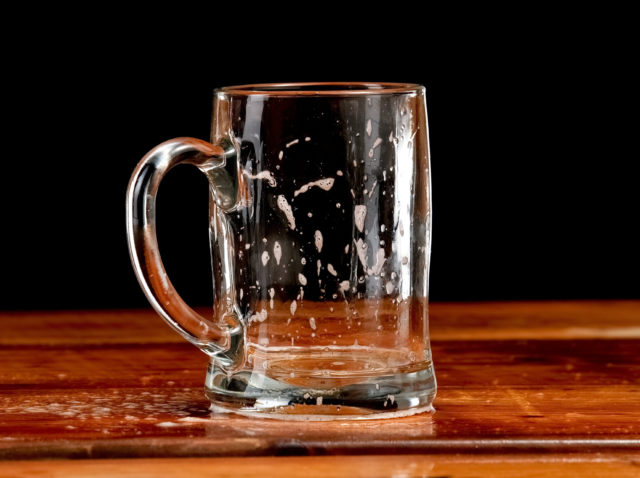 Most breweries in the U.S. have seen their on-site sales drop by more than 70%, and draught sales have dropped by an average of 91% since the beginning of the coronavirus-related shutdowns, according to data from Boulder’s Brewers Association, the trade group for the country’s 8,000-plus craft breweries.

That all translates to a loss of about 25-30% of craft brewery sales, says Bart Watson, economist for the BA. And it’s unclear how breweries are going to be able to get revenue back to normal.

“We’re seeing lost revenue and cost structures are pretty similar for breweries,” Watson says. “I do think were going to see an elevated closing rate, perhaps as long as 12 to 14 months.”

Just less than 300 breweries closed in 2019 (compared to 942 brewery openings). So how many will close this year because of the coronavirus?

In a poll conducted by BA of some of its member breweries, more than half said they will have to close if stay-at-home orders in their localities extend into June. With talk of caveat-filled plans to reopen the economy, it’s unclear what the demand for in-restaurant draught sales will be (which comprises about a quarter of craft beer sales) and how quickly the market will return for canned beer (which makes up almost two-thirds of industry sales.

BA data indicates at least 190 breweries will close nationwide as a result of the coronavirus, but that there was an increase in closures expected in 2020 anyway.

“There have been breweries that have announced closures because of this,” Watson says. “They have already closed or are in the process of closing. They may have set a date. It’s important though to separate those from breweries that would’ve closed anyway. We would’ve expected maybe 400-500 closings anyway. Some of those [coronavirus-related] closings were overlapping with breweries that were in danger of closing anyway.”

The stay-at-home orders have resulted in about 10,000 brewery workers being laid off or furloughed.

Watson says he tends to think the pinch on the industry might skew toward more acquisitions, but cautions that some bigger breweries might want to hold tight to their checkbooks, and that the seller market might be bigger than the pool of interested buyers.

Despite total beer sales going down slightly last year, craft beer reported 4% growth in 2019, according to a study released this week by BA. Market volume share and jobs also grew, but Watson cautions this data, of course, doesn’t account for the coronavirus disruption.

“2019 stats may feel somewhat out of touch in a world where things have shifted rapidly,” he says.