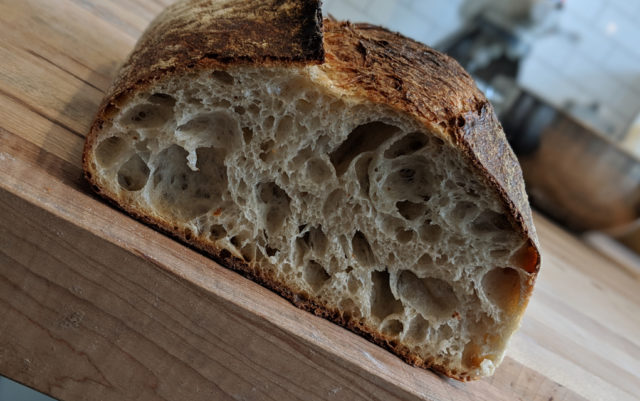 Steve Scott is not your typical artisanal baker. After nearly two decades baking in shops from California to Colorado, the former semi-pro cyclist opened Babettes in Denver with his wife, Catherine, five years ago. Late last year, Babettes moved to the Prospect neighborhood in Longmont, bringing with it a rotating menu of over 300 museum-ready pastries, artisanal wood-fired pizza and bread varieties rarely seen in the U.S.

With the arrival of Babettes, Boulder County suddenly has an impressive list of artisanal bakeries. But what sets Scott apart is his commitment to the process, specifically the fermentation process. While other bakeries tout using local, heritage, ancient grains — and for good measure, Scott says, “I’m not gonna shit on other bakers here” -— the ethos at Babettes is that any grain, raised and milled right, can be turned into delicious, digestible baked goods with a good, long fermentation.

“Ninety percent of them are garbage,” Scott says of ancient grains, the ingredient du jour of artisanal bakeries across the country — old varieties of wheat, rye and other grains forgotten in the switch to industrial agriculture over the last 60 years, which are heralded for their health benefits.

No, a 40-hour fermentation and a freshly milled Yecoro Rojo artisan bread flour from Washington’s Cairnsprings Mill is all Scott needs.

We chatted with Scott about Babettes’ move from Denver to Longmont, fermentation and the artisan bread movement. 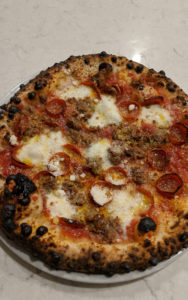 Boulder Weekly: We have a number of artisanal bakeries here that seemingly popped up overnight. There’s Moxie Bread Co., Kelly Whitaker’s opening Dry Storage, and now Babettes, all in Boulder County in the last five years. So what’s going on here?

Steve Scott: Denver drove us out. It was too expensive. Real estate development is at an all-time high. … We looked in Boulder. Boulder was exactly the same. We’re super excited to be part of the Longmont community. We just wanted to bring this home to more of a community. There we were in Denver, which is going through such an upheaval and construction. They’re reshaping it into something that I don’t really think supports our style of business.

BW: Was there something about Boulder County, and Longmont, that made you want to move here?

SS: I think now is a really good time. It’s growing slowly. I think slow growth is better for this style of business than the quick intense growth. I think for me personally as a professional baker, I’ve been doing this over 20 years. High-end dining is dead. It’s kind of a waste of time to go and sit some place where it’s stuffy. I’d rather sit some place where it’s a fast casual environment, and it’s a neighborhood place. That became more and more important to us, for the style of food we like to cook and the dining experience we like to have.

BW: I’ve talked to several restaurant owners, and several bakery owners [Will Frischkorn at Cured, Jake Rosenberger at Kim and Jake’s] who used to be professional cyclists. Is there something about bike racing that lends itself to the food world?

SS: Not really. When I was racing bikes, that was pretty singular and super one dimensional. I didn’t really pay attention to what was going on outside. Once I got into baking … I just started developing my own ideas of what I wanted to see, and trying to get a decent croissant in the U.S. was pretty hard. So I took it upon myself to learn how to laminate (a pastry technique of folding dough) and get good at [baking] what I wanted to eat.

BW: On Babettes’ website, you highlight the process of baking more than the ingredients you use. Is that something you’re drawn to, the science of baking?

SS: You know, we spend a lot of time with different styles of fermenting. Cold ferment or warm ferment. Small inoculation or big inoculation. We don’t like to mix a lot. Grain that’s grown in the U.S. doesn’t need it. We’re using Skiget Valley [Washington grain]. It’s kickass stuff. As far as local grains go, they have a long way to go. Over the course of the last 20 years, we’ve used every ancient grain you can name, and we’ve always wound up with issues. A lot of guys will use ancient grains but pair it up with vitamin C to strengthen it up.

I’m pretty passionate about finding incredible products and produce to use. I don’t want to use “local” because I think it’s overused. As far as I’m concerned, since we come from the U.S., the U.S. is local because there’s so many awesome producers.

[Scott notes he uses Boulder Lamb, Sky Pilot Farm and Oxford Gardens, among others, for Babettes’ meat and produce.]

BW: So when a bakery or a restaurant says they use ancient or heritage grains, is that more of a marketing buzzword, or are there good bakeries that have just figured out how to make these grains taste good without adding in other things?

SS: If you’re buying the right grain from the right farm and a great miller then it’s gonna taste great, but you also have to know how to ferment. … Learning what different grains do, how do you make them digestible? If you eat a spoonful of grain freshly milled, it’s pretty disgusting. It doesn’t feel good. If you ferment it properly, if you bring out the flavors of that grain, all of a sudden it becomes a digestible thing. But that’s a good 36 hours of fermentation.

BW: Where do you get ideas on new items to make?

SS: These days it’s just traveling. When we’re going to San Francisco or Los Angeles or Copenhagen or Paris, I just look at different ways of doing things and different things people are doing. It’s just an image. It’s not fermentation, we’ve got that technique down. If I get excited about something food-related it’ll be a vegetable.

BW: Can you think of a recent example off the top of your head?

SS: The cardamom roll (an elegantly shaped cinnamon sticky bun bursting with cardamom flavor). We saw them all over the place in Copenhagen. I wanted to make one not necessarily [based on] what we tasted in Copenhagen but that pulls from the stuff I had as a kid. We got the shape from Copenhagen, but I got the flavor from when I was a kid.

BW: Speaking of the cardamom bun, I can’t remember seeing a more beautiful pastry. How much does aesthetic factor into wanting to create something?

SS: It’s super important. It’s one of the more important pieces. When I’m cooking up something, I always look back to what it looks like. How do we get there? Sometimes it happens at once. Sometimes it takes a little while to get there. What the overall look is supposed to be, that becomes pretty important.

BW: I know you just got here, but what’s next? Another location…

SS: Nope, we’re a one-shop crew. I don’t see any reason to try and be some corporate, multiplex type of bullshit. When you start to dilute something, it just doesn’t taste that great.