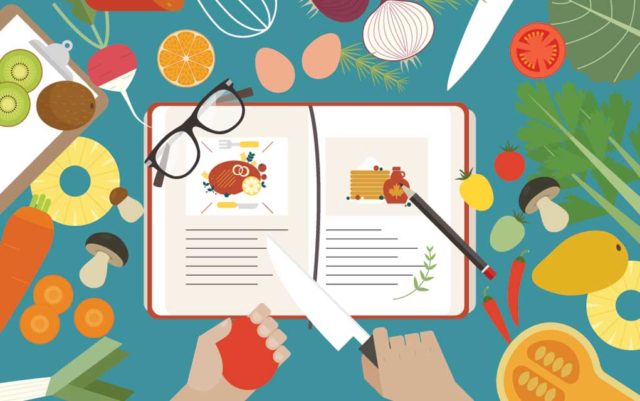 National conversation is fostered through books, reading and writing,” says Anne Macdonald, a librarian and co-director of the Fort Collins Book Festival, which runs Oct. 18-19 at venues throughout Fort Collins.

Now, why should you head up north for the festival, and why is a story about a book festival in the food section? Because this year’s theme is “Food for Thought” and includes panels on everything from regenerative agriculture to regional cooking to food history and culture. There are food-focused writing workshops, cooking demonstrations and opportunities to sample food and beverages. Best of all: everything is free.

The festival, now its in fourth year, has rotated themes. Macdonald says focusing the events on food makes sense because of Northern Colorado’s culinary scene.

“We chose food this year because it is one of those uniquely Fort Collins/Colorado State economic clusters: food systems, food science, culinary practices, CSAs, regenerative agriculture, food movements, food culture and history, food justice, food and climate, the culture of gathering around food, the sociology of food, human nutrition…” Macdonald says. “We’ve invited regional and national authors, visionaries and culinary experts to challenge the way we think about food and our food systems.”

Macdonald says the Festival searched for food writers and professionals who have published in recent years, but who are also engaging speakers that “are able to take complicated concepts and present them to an ordinary audience in a conversational style.”

Rick Bass has won plenty of writing awards, including an O. Henry Award and a Pushcart Prize. He’ll be reading from and speaking about his book The Traveling Feast based on his journey around the country making memorable meals for his mentors to express gratitude.

Jeff Gordinier is the food and drinks editor at Esquire and will share stories from his book Hungry about his four years following famed Noma chef Rene Redzepi around the world.

Toni Tipton-Martin won a James Beard Award for her book The Jemima Code: Two Centuries of African American Cookbooks, which was also hailed as one of the best cookbooks of the century by The New Yorker. Tipton-Martin will talk about how she amassed one of the world’s largest collections of cookbooks created by African American authors, and how those books and the recipes within have impacted food, families and communities. She’ll also talk about her upcoming, obviously highly anticipated cookbook: Jubilee: Recipes from Two Centuries of African American Cooking.

Joshua Sbicca is a CSU assistant professor of sociology who will talk about his book Food Justice Now, which calls for everyday foodies to think deeper about existing systems and work toward eliminating inequalities within and beyond the food system.

Sean Sherman founded The Sioux Chef, a group of indigenous chefs, researchers, food lovers and more that seeks to revitalize indigenous cooking and promote it within the modern food scene. His The Sioux Chef’s Indigenous Kitchen won a James Beard Award, and he’ll speak at the festival about the effort to revolutionize North American cooking by looking back on and utilizing indigenous food knowledge.

There will also be 10 workshops for writers at the festival, including a poetry class entitled “Where does your food come from?”; a short-story workshop on writing about the food scene; and a poetry workshop using chocolate for inspiration. Macdonald says the workshops are open to anyone from beginning writers to those who have been published — “Our goal is to foster a networking opportunity as much as a writing workshop,” she adds.

Inclusivity is indeed paramount for the festival planners, which is especially exciting given this year’s focus on food. Food and dining can be exclusive — for a variety of reasons — and some food professionals actively seek out exclusivity in promoting their restaurants or food establishments. And “influencers” eager to impress the masses by hitting the best food spots around the world don’t really care about making it feel like their experiences are attainable for us commoners. And yet we all have to eat, and there are rich and important stories between the cracks — some of which the writers in this festival will be able to share.

That’s the point of highlighting food in a book festival, Macdonald says.

“We still believe that new ideas, thoughts, visions, even our paradigm shifts, are communicated through books, reading and writing. We also believe that you don’t convey those ideas or create useful conversations if the book festival is exclusive or full of barriers,” she says.

As such, the festival will be held at “popular, but easy-going venues” like New Belgium Brewery, Wolverine Farm Publick House, Old Firehouse Books, Scrumpy’s Hard Cider Bar and Pub and Ginger and Baker. Two sessions will be offered in Spanish this year, as well.

Feel free to stop in at any of the events. View a full schedule and learn more about the visiting authors and food professionals at focobookfest.org.