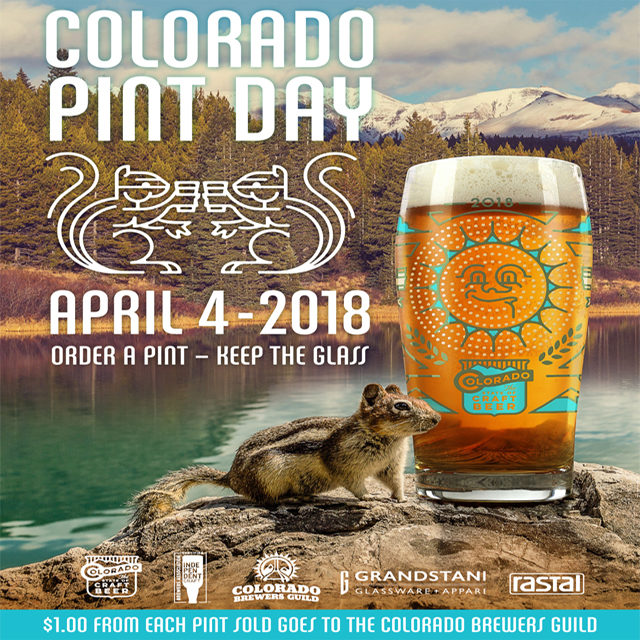 Starting with Collaboration Fest, the sixth annual Colorado Craft Beer Week (March 31-April 7) takes over taprooms and breweries across the Centennial State with an aim to raise awareness and appreciation for locally brewed beer, while promoting the good work done by the Colorado Brewers Guild (CBG).

For those new to the scene, the week is a chance to meet brewers, try a new beer or three, learn how to pair food with your beverage of choice, and even walk home with some cool swag. For those who celebrate Colorado craft beer on the regular, well, here’s another reason to head down to your favorite watering hole. As the old saying goes, there’s something for everyone.

Though not every brewery plays by the rules, the majority of those participating in Colorado Craft Beer Week devote each day to a governing theme, and April 2 belongs to “education.” What is a beer style? How does beer get its flavor? How do you make it as a brewer? Those are the types of questions constantly volleyed at those behind the bar while they tap kegs and pour pints on busy Friday nights. If curt replies to those questions didn’t satisfy you then, Monday is your chance to spend some quality time talking the ins and outs of beer and brewing with those who live and breathe the stuff. From a field trip to Root Shoot Malting via City Star Brewing in Berthoud to a panel discussion on how to make the leap from homebrewer to professional at The Intrepid Sojourn Beer Project, if you’ve ever wanted to learn about the business of beer, Monday is your day.

The theme of “food and beer” reigns supreme on April 3, and Santo in Boulder will be offering a special pairing menu from 4-9 p.m. If you haven’t been to Santo yet, the cuisine is Northern New Mexican with Chef Hosea Rosenberg pairing his fare with some choice Colorado craft. Beer goes well beyond burgers and fries, and Rosenberg is prepped to guide you.

Education and pairing are all fine and dandy, but the centerpiece of Colorado Craft Beer Week belongs to April 4: Colorado Pint Day. Just order a pint at any one of the 70-plus participating breweries, and you’ll keep the Rastal Willi Becher pint glass with artwork by Brendan O’Connor from Goodland Design. Not to mention, $1 from every glass sold will go to support the CBG.

The beer swag theme continues on April 5 with Craft Beer Gear Day (wear those colors proudly), and April 6 is New Beer Friday (maybe the best day of the week) with specialty beers and firkin tappings all over.

Colorado Craft Beer Week comes to a close on April 7 with brewery tours and chances to meet the brewers. Why not head down to your favorite establishment and put a face to the beer you hold so dear? It’s the weekend, after all; time to tip a few back.