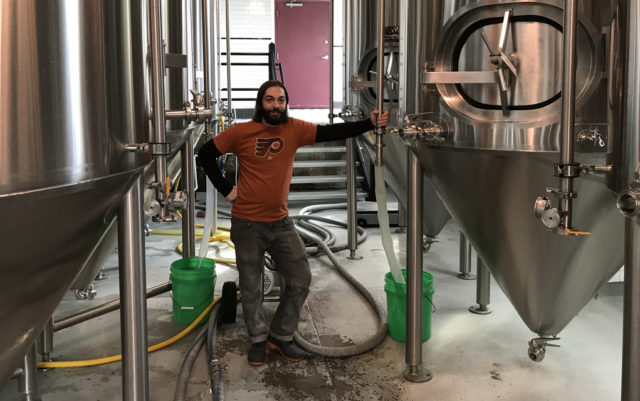 When the good people at Mountain Sun Pub & Brewery opened their doors back in 1993, they had a different approach to the restaurant business in mind. Instead of dividing the front and back of house, Mountain Sun cross-trained their employees to handle both. Some days, employees would be in the kitchen whipping up a plate of nachos; other days, they would be pouring beers and describing the difference between an oatmeal stout and a porter. Not your typical business structure, but it allowed Mountain Sun to establish a sense of camaraderie, and in turn, breed a sense of community among their clientele.

It also helped that they made beer. Using a six-barrel system, Mountain Sun started offering their signature brews — the first was Colorado Kind Ale — as well as the inaugural Stout Month in 1994. Business continued to boom, and in 2002, the brewpub expanded to South Boulder with a ten-barrel brewery, Southern Sun Pub & Brewery. Then, Mountain Sun opened a restaurant on Denver’s Vine Street in 2008, with a brewery following in 2012.

Then, Kevin and Thomas Daly, Mountain Sun’s proprietors, discovered a foreclosed property in Denver at Vine and 17th Street.

“They saw just how much space was here,” Fiorilli says. “It was necessity and availability.”

From fermenting to barrel aging, Vine Street does it all. Though Vine Street is a brewpub, Fiorilli operates the brewing side of the business like a production brewery sans a packaging line.

“We make most of the beer here and send it to the other locations,” Fiorilli says.

This led Fiorilli to make some changes to the traditional brewpub model.

“A lot of brewpubs still serve their beer from the tank to the bar,” Fiorilli explains. “We abandoned that years ago.”

Instead, Vine Street kegs their beer, which allows for easier distribution between pubs, while also freeing up production space, ultimately allowing Fiorilli and company to produce a diverse lineup of beers.

“We do a lot of single brewhouses,” Fiorilli explains. “Works great, and it’s the right amount of beer.”

How else could they make Stout Month as wonderfully varied as it is?

For Stout Month, Fiorilli and company brewed 31 house stouts (maybe 33, we’ll see), and if you’re looking to try them all, you’re going to have to do a little traveling between the pubs. When you head into Vine Street, make sure to peek around the corner and see where the magic happens.

“Because that’s what a brewpub is,” Fiorilli says. “We want customers that come into Vine Street to know that the beer happens right back there.”