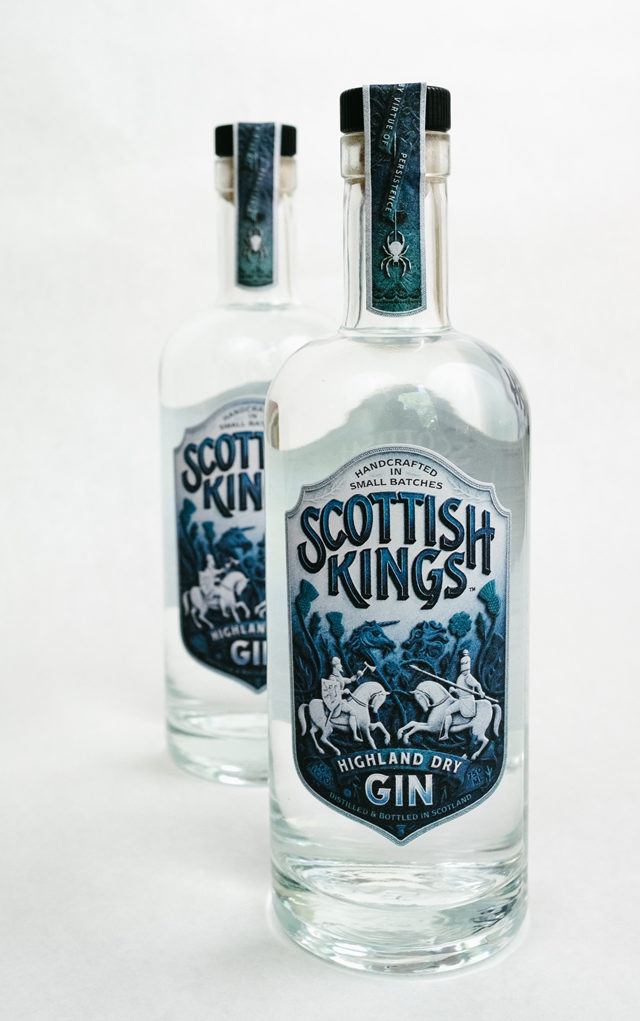 Let’s start with some fun facts: 70 percent, at least, of the gin produced in the U.K. comes from Scotland. Three of the world’s most well-known gin producers — Tanqueray, Gordon’s and Hendrick’s — are produced in the U.K.’s northernmost country. And yet, when we think of Scotch spirits in the U.S., we tend to think only of single-malt or blended Scotch whisky.

That’s changing. Gin is having a moment. And gin produced in Scotland is starting to show up on more and more liquor shelves in the U.S. In turn, production of gin is increasing in Scotland, and more producers are launching gin-only distilleries and exporting their products around the world.

Randy Miller is one such producer. Over the last few years, Miller, the Boulder-based former owner of the Colorado Daily and about 60 other newspapers across the country, has been traveling to Scotland with his wife, Linda, a Scotch aficionado, both in love with the “mossy hills and jagged cliffsides” of the country. Miller unsuccessfully tried passing down his network of papers to his children; they weren’t into it. So he started to sell his papers, in search of a new enterprise.

“I had more time on my hands,” Miller says. “I was looking at, what do I want to do? I was looking for a challenge that would be something I’d never done before so I’d have to learn something brand new.”

Enter gin. In tiny towns in the north of Scotland, Miller met with distiller after distiller until he found one that could create the flavor of gin he had in his mind.

“Their master distiller and I, we spoke the same language,” Miller says “He understood what it was I wanted and was able to use exactly the same process and mixture of botanicals [I wanted].”

The result is Scottish Kings, a gin made with an eye toward balance using water from the esteemed Highlands region of Scotland, local herbs and choice citrus imports. Balance, it turns out, was one way Miller could differentiate his gin from those of other producers — he says it’s been compared to Scotch whisky for its drinkability. The gin he produces is balanced in six flavor profiles: herbal, juniper, citrus, floral, heat and spice.

“The thing right now is for people to make [single-flavor-specific] gins… this one has a lot of licorice or fennel or different things like that. I sought out to produce a gin that was very balanced in major flavor categories, what I think is the original concept behind gin,” Miller says. “When you drink it, it has all these flavor notes. It’s not just like this big juniper flavor that comes across in a lot of bad gins. There are 11 different botanicals, core botanicals like juniper and coriander, and then a couple in every one of those categories.”

There’s basil in Miller’s gin, which is unusual, plus rose petals and a berry that only grows in Scotland.

Miller says a lot of producers have jumped on the gin train, but many will likely fall off in the next five years as the market for the spirit gains equilibrium. He bills Scottish Kings as “farm-to-bottle,” because every batch is hand-made on a very small scale — using only a 100-liter still, or about 133 bottles per batch. Miller only distributes in New York and Colorado, Boulder County being a hotspot, with shelf space in several liquor stores and restaurants like OAK, Frasca and Arcana. The high quality of the gin means a higher price tag, but that’s been the trend for every spirit that’s boomed in the last few years.

“This is a gin for people that are really into food and cocktails and stuff. You’re not going to find this at a sports bar, where people just go to drink and party,” Miller says. “Nobody has ever tried [Scottish Kings] that I’ve talked with and didn’t like it, but a couple people just say, ‘[The price] is too high for us.’”

That price ($59.98 at Hazel’s) is in line with other high-end spirits, and Miller is banking on the renewed interest in fine spirits, and a few early awards for Scottish Kings, to gin up sales.

And for Miller, who still owns the alt-weekly Tucson Weekly and the Telluride Daily Planet, working with small-scale producers in Scotland provides an opportunity to ingratiate himself in the community he loves so dearly. There wasn’t much thought to producing it in Boulder County, Miller says, even if it would’ve saved years of navigating import laws, because so much of the gin’s quality is tied up in the story and the terroir that can only come from the Scottish Highlands.

“We go a lot,” says Miller, who goes about four times a year, “and I didn’t want to be a tourist all the time. It certainly would’ve been much easier and quicker to have made it here.”

Doubling down on the connection to Scotland, the bottles for Scottish Kings depict a battle scene representative of the country’s quest for independence.

And so Miller is content to see where this gin can take him. Launched just this year, the early returns have been good, and the future is narrowly scoped.

“I don’t ever expect to produce anything other than this gin,” Miller says. “I’m not trying to make this some great big business. I just wanted to create the best gin there is and then see if I could make it successful.”