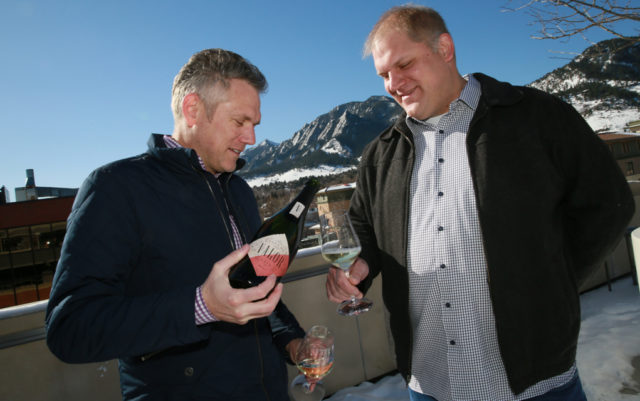 Have you heard the legend of the only American bullfight?

It was the summer of 1895. The town of Gillett, Colorado, about 10 miles south of Cripple Creek, was booming thanks to the gold rush. A casino owner, Joe Wolfe, thought he could write Gillett in the history books by bringing in bulls from Mexico and staging a bullfight.

On the big day, as many as 50,000 people showed up to watch the bullfight, but what they got instead was a dog and pony show.

Citing the potential for animal cruelty, the state governor sent out officials to monitor the event. Wolfe, however, prepaid fines for the matadors and expedited them through a makeshift courthouse nearby.

It was an inauspicious precursor as the event was bungled terribly. The bulls were ordinary farm animals and not ready to fight. The bullfighters were trained neither in the ritual of fighting nor in how to humanely kill the animals. It was a rough watch. The crowd waned, the remaining days of bullfights were canceled, Wolfe lost a ton of money and now Gillett is a ghost town.

Bryan Dayton and Amos Watts, weeks away from the opening of their new Spanish-style steakhouse Corrida (Spanish for, loosely, bullfighting), recount this story not to make light of what happened that day, or of bullfighting in general, but as a metaphor for how the United States has treated Spanish cuisine and beef in general; that is, with haste and with disrespect.

“I’ve seen a bullfight, and it is horrible,” Dayton says. “We ran with the bulls in Pamplona and saw the bullfight the night before, and it was brutal. But once we got through it, once the bull gets killed, every part of the bull gets used. It all goes somewhere, whether it’s for eating or leather, and the bull has a great life until that last 15 minutes.”

Dayton says naming the restaurant Corrida has gotten them “into a bit of trouble” even before the restaurant’s doors open on the top floor of the building at the old Daily Camera site. And certainly there are ethical questions about bullfighting, about whether it’s OK to make a show out of the death of a living being.

“You go to Washington D.C. and you get those pieces of paper with all the presidents’ heads on them,” he says. “When you go to gift shops in Spain, instead of having all the presidents’ heads of Spain, they have all the cows from different regions. They have big billboards with the toro, and big, big bulls everywhere. The culture of it is more of a natural process than what we do with cows [in the U.S.].”

Given the rabid appetite Americans have for beef, 98 percent of cows are slaughtered at 24 months or younger, Dayton says. Many producers fatten cows with grain in the last six months to create more beef. Watts says although they can secure grass-finished beef and cows as old as 30 months in the U.S., Spanish cows are largely allowed to graze longer. That improves both the quality of the cows’ lives and the quality of the beef.

“They put it all the way up to 36 months,” Watts says. “It’s all grass-fed and the marbling is really nice because of how they treat the cow. … In Spain, they are really proud of all the beef.”

If you’ve had older beef, or premium beef like 7X or wagyu, you know the difference in quality of meat that comes from cows that were well cared for. A carpaccio prepared from high quality beef can be a shock to the palate; Dayton says beef from a six-year-old cow he had in Spain tasted like whole milk and oreo cookies.

The potential for beef and Spanish cuisine has Dayton and Watts on the precipice of a national awakening to Spanish food. Chef José Andrés, the Spanish-American chef who is largely credited with bringing small plate dining to the U.S., is bringing Spanish-style steakhouses to several American cities, and more farmers are becoming receptive to allowing their cattle to graze longer and grow older in the Spanish style.

Though Spanish cuisine is relatively uncharted territory for them, this is not the first foray into restaurants for Dayton and Watts. Dayton ran the cocktail program at Frasca for five years before opening OAK at Fourteenth eight years ago. Watts met OAK chef Steve Redzikowski while working at a restaurant in Northern California. When OAK expanded to Acorn, Redzikowski recommended Watts to jump onboard, and when the opportunity to launch a restaurant at the new Walnut penthouse fell to Dayton, Watts was the choice to helm the kitchen.

Dayton wanted to create a steakhouse, but not an American restaurant, which he says can sometimes lazily fall back on influences from around the world. So noting the beef culture in Spain, Dayton and Watts began to develop a menu that spans Spain’s many culinary regions and upturns common American perceptions of Spanish cuisine.

“We learned right away that you can’t call it a Spanish steakhouse because everyone thinks we’re going to have swords of meat,” says Watts.

“Everybody is like, ‘Are you opening a tapas restaurant?’” Dayton adds. “And yeah, there are lots of tapas bars in Spain, but everybody’s under the notion that’s all Spain is. No, there are actual restaurants.”

Watts says the misperceptions about Spanish cuisine extend to its reputation in the world. There are plenty of Michelin-starred Spanish restaurants and chefs, and the country’s unique blend of cultures has led to the creation of unique cuisine, techniques and chefs that couldn’t have been developed elsewhere.

“You have a lot to pull from,” Watts says. “You have North African cuisine, Moorish spices and stuff like that. In San Sebastian, you have Southern France and kind of like Italian cuisine. We’ve done a lot of reading, research. A lot of recipe testing… I was afraid we were going to get colon cancer this summer.”

Dayton, once named by GQ as the most inspired bartender in the U.S., will implement a Spanish wine list, a sherry menu and a selection of gin and tonic, all areas that have little exploration in the U.S., certainly not in Boulder County: Sherry runs the gamut from dry and floral to juicy and acidic to pancake syrup, Dayton says; Watts says they encountered 85 different tonics on their trip to Spain.

All of this — from convincing Boulder diners that it’s OK to eat beef once in a while to everything that Spanish cuisine entails — will require education.

“We’ll have some creative ways to talk about the menu and then if someone wants to jump on the bus and go on a field trip for these long-winded discussions about beef, we’ll go there,” Dayton says.

“I don’t want it to be a job to come to the restaurant either,” Watts adds. “I hated school.”

So when Corrida opens, tentatively in mid-March, there will be stories told, from the relative environmental benefits of ranch-to-table cattle farming in Spain to how to marry sherry with prawns and chorizo. And the idea is that if you hear about the first bullfight in Colorado, or talk about what corrida means, you’ll value the steak on your plate a little more than if you hadn’t.