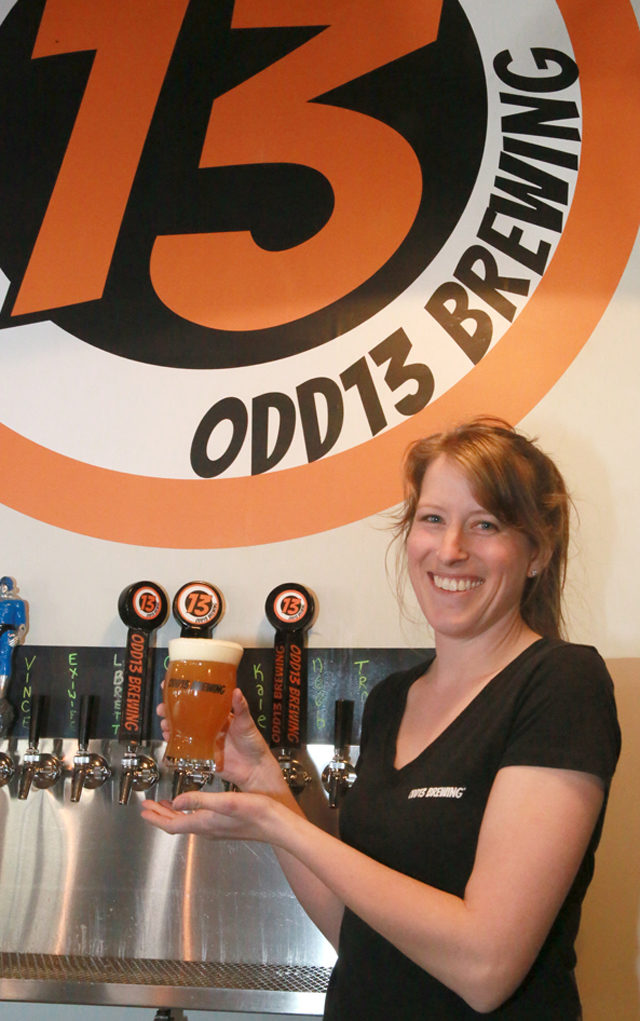 Where do beer styles come from? Sure, that pint you’re drinking may be made down the street, but where does the style come from? Take India pale ales, for instance. Though there’s some dispute as to their origin, we can say generally the IPA’s genesis began with the British Empire in the mid-19th century. These brews — noted for their floral aroma, earthy flavors and solid hop expression — quickly became drinking staples, and when the style jumped the pond a century later, it kick-started a hop-bomb craze. Now IPAs are the most popular craft styles out there, with drinkers embracing bitterness, hops and appearances that shine bright like diamonds.

Well, there’s a new sheriff in town, and craft beer has a new style to play with: the New England IPA. Hitting the scene in the early 2010s, the NE IPA came to fame thanks to a Vermont brewery, The Alchemist, with Heady Topper, an unfiltered double IPA that became a cult favorite. The beer was a success, and other New England breweries followed suit: namely Hill Farmstead Brewery, also in Vermont, along with Trillium Brewing Company and Tree House Brewing Co., both in Massachusetts.

Though the Great American Beer Festival hasn’t officially recognized NE IPA with a specific category, these brews are here to stay and are quickly becoming ubiquitous. Though each brewer approaches NE IPA differently, these beers are primarily signaled by a soft mouth feel in lieu of snappy bitterness, creamy juice in lieu of astringent pine, and hazy cloudiness — achieved through dry hopping with high-protein grains (flours, flaked oats, wheat), specific yeast strains and water chemistry — in lieu of crystal clear brightness.

Granted, not every NE IPA looks like a milkshake and smells like an Orange Bang, but breweries looking to emulate the NE IPA style will naturally gravitate toward these hallmarks. And gravitate they have to the Centennial State’s best expression of the NE IPA: Odd13 Brewing in Lafayette.

Opened in 2013 with a standard set of IPAs, Odd13 underwent a sea change when Eric Larkin, Odd13’s head production brewer, convinced co-owner Ryan Scott to brew a beer in the New England style. In 2015, Codename: Superfan was born and acclaim followed.

Codename: Superfan, with it’s aroma of breakfast grapefruit and fleshy mouth feel, can be found all over town along with Odd13’s best NE IPA offering: Hopperella, a beer so fresh oranges practically pop out of the can once you crack it. Just enough bitterness on the backend cuts through the sweetness of the juice and produces a perfectly balanced brew.

When it comes to craft beer, NE IPAs are the new black, and it’s more than likely your local brewery has also taken a crack at the haze craze. Quite a few have even packaged their versions: Weldwerks Brewing’s Alpha Bits, fluffy and juicy; Copper Kettle Brewing Company’s Citrus Paradisi, refreshing and tropical; and Epic Brewing has not one, but four different NE IPA rotators to try. It’s an NE IPA world out there; drink it fresh.