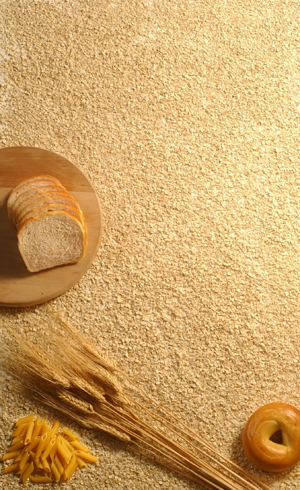 The gluten-free diet is no picnic.

So when Julie Pech put her 12-year-old son on the wheatfree eating plan, she also stopped eating the ubiquitous grain to help him make the transition.

Today, she feels so good that she has no plans to return to her old bread-eating ways. “My head is clearer, and I’m lean and healthy,” said Pech, of Littleton, Colo. “For whatever reason, gluten makes me very heavy and tired.”

Once strictly a daunting regimen for those suffering from celiac disease, the gluten-free diet has broken into the mainstream. An estimated 1 percent of the U.S. population has celiac, an autoimmune disorder of the small intestine, according to 2003 data published in the Archives of Internal Medicine. The only treatment is a lifelong dietary challenge: avoiding gluten, the protein found in common grains such as wheat, barley, spelt and rye.

But the demand for gluten-free products is rising, a movement also fueled by health-conscious consumers, parents of autistic children and breastfeeding moms. In 2008, more than 1,000 new gluten-free foods and beverages were introduced; sales have grown by an average of 28 percent during the last five years, according to the market research group Packaged Facts.

General Mills Inc., which last year released a gluten-free version of its Chex cereal, now offers gluten-free cookies and cakes under its Betty Crocker brand. At Baltimore’s Camden Yards, baseball fans can buy gluten-free pretzels; Coors Field in Denver has an entire gluten-free concession stand. And in Elisabeth Hasselbeck’s best-selling new book, The G-Free Diet: A Gluten- Free Survival Guide, the co-host of The View says that “even people with no health issues have a great deal to gain by giving up gluten.” Among the claimed advantages: weight loss, more energy, increased attention and better digestion.

It’s enough to make you wonder:

Should I leap onto the gluten-free bandwagon?

Cutting a little gluten out of your diet probably won’t hurt, especially because it often means eating fewer processed foods. But you’ll likely see bene fits only if you have a wheat allergy, gluten sensitivity or celiac disease, said Dr.

Alessio Fasano, medical director of the University of Maryland’s Center for Celiac Research.

Otherwise, “the diet only has a ‘placebo effect’ at best” because gluten is naturally difficult for humans to digest, Fasano said. Any fullness or bloating you might feel after a pasta dinner, for example, is a result of the slow emptying of the stomach due to poor digestion of gluten rather than a bad reaction to it, Fasano said, adding that marketers are pushing people to eat gluten-free for no reason and turning the diet into a South Beach-like fad.

Avoiding gluten isn’t just difficult and inconvenient; it’s also expensive. Gluten-free versions of products such as bread and crackers are often three times the cost of regular products, according to a study conducted by the Celiac Disease Center at Columbia University.

Still, the diet is often touted as a healthy one because followers tend to diligently read labels, eat naturally gluten-free foods such as fruits and vegetables and avoid processed, shelf-stable foods. Despite its popularity, wheat gluten is not an essential nutrient.

Some GFers, like Brooke Braun, 32, have seen health improvements. When Braun started eliminating gluten two years ago, she found it alleviated some symptoms of her Crohn’s disease, including joint pain. “I also lost weight when I went gluten-free, sleep better, have less anxiety and have clearer skin,” said Braun, of Arlington, Va., who is now off her Crohn’s medication.

And when Pech took her son Blake off gluten to help treat his behavioral problems, he transformed from a whiny troublemaker to a confident, straight-A student, she said.

“If someone really wants to eat gluten-free and they feel better, it’s possible to have a balanced diet without it,” said Dr. Christine Gerbstadt, a spokeswoman for the American Dietetic Association in Sarasota, Fla. She suggests trying an elimination diet and slowly adding gluten back in.

Gluten intolerance is a generic, umbrella term that means your body has an adverse reaction to gluten; it includes celiac, wheat allergies and gluten sensitivity. You can’t test for “intolerance,” but you can diagnose the other conditions.

Celiac disease: An immune system reaction that causes inflammation in the small intestine when a person eats any food containing gluten, a protein found in wheat.

How to test for it: A blood test followed by an endoscopy to check damage to the small intestine. Do not go on a gluten-free diet before getting the biopsy, as it can change the results.

How to test for it: Doctors use a variety of tools, including a food diary, an elimination diet, a skin test or a blood test, or a food challenge, which involves eating capsules of the food under supervision.

Think you can’t live without wheat?

Quinoa: Technically a seed, but it’s often called a “supergrain” because it is a rich source of iron and has more protein and other nutrients than wheat, barley or corn.

Buckwheat: Another versatile seed, buckwheat is actually wheat-free and rich in magnesium and manganese. Use it as a side dish or for making waffles, pancakes or pasta.

Millet: The tiny yellow grain is a good source of fiber, protein, vitamins and minerals. Use it in place of rice.

Breads, cakes and pastas are obvious sources of gluten. But the protein is also hidden in some brands of these common processed foods. Look for the words “artificial colors,” “modified food starch,” “malt,” “natural flavor” and “brewer’s yeast” to identify potential gluten.

Beer and whiskey are distilled from wheat and other grains.

Deep-fried or frozen french fries and chicken nuggets may have gluten in the batter or share a deep fryer with glutenous food.

Switching to a glutenfree diet has encouraged many to pay more attention to nutrition labels.

Gluten is a protein found in wheat, rye, barley, triticale and oats.