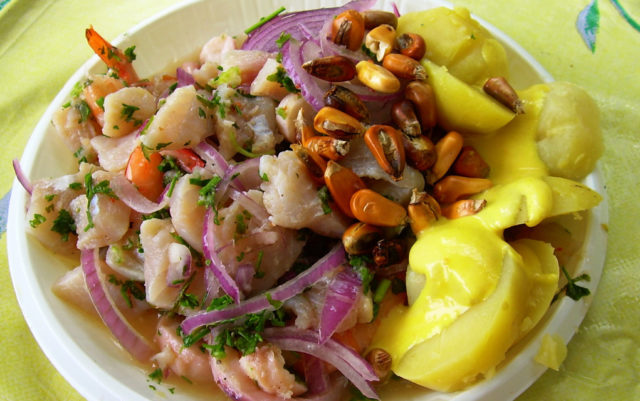 Every year, any number of publications proclaim the Next Big Thing in food. We label these things “food trends,” but really they’re just whimsical prognostications — nothing much more than culinary guestimates. How many years in a row have we braced ourselves for a coming bug-pocalypse, where we down cricket powder and eat deep-fried grubs because they’re sustainable sources of protein? Who knows, but we can say that we’ve rejected bugs in the mainstream for as long as the idea has been floated around.

Still, food trend lists continue to emerge and 2018-19 is no different. At the very least, we can consider the content of these lists as a sort of runway for big food ideas. Never do we see the actual garments on display at big-city fashion weeks worn on the street, yet still — we’re told — those designs influence what we see everyday folks wear. Similarly, listing culinary trends presents an opportunity to pinpoint blind spots and work gradually to introduce what was lost or has been hidden from our mainstream food sensibilities.

Boulder County, as a hub for both restaurant innovation and small-brand food company creation, serves as one of the better barometers for checking how well these trends are catching on. Our distance from the coasts means that the outliers are sifted out in New York City, San Francisco, Los Angeles and Chicago — if something makes it here, it’s likely to stick.

First, a look back. The National Restaurant Association releases what could be called the flagship trends list. Of all the entities that release an annual list of food trends, it’s the NRA (yikes, that’s unfortunate) that most people in the industry look to.

Last year, the NRA picked out 20 food trends liable to grace menus and shelves across the country. A few of those 20 are cropping up in Boulder County.

Number one on the list was new cuts of meat. These include the shoulder tender, oyster steak, Vegas Strip steak and merlot cut. Now, if you pop in at Blackbelly, Corrida, Boulder Cork or the Chophouse, you’ll still be able to order a ribeye, but part of the model of the new meat economy is using the whole animal. At Blackbelly, for instance, more traditional cuts appear on the menu of the dinner-only restaurant; at the enterprise’s butcher shop, however, lesser-known cuts are available to take home or to sample in a variety of dishes. These cuts also appear in the group’s breakfast burrito, which is a clever way to incorporate cuts that people would otherwise be hesitant to order alone.

The NRA list includes a nod to donuts with non-traditional fillings. Though we’ve yet to have a stand-alone donut shop emerge that embraces the obscure, OAK at fourteenth has a rotating donut of the day, which incorporates both savory and sweet fillings.

House-made artisan pickles? Boulder County has that on lock-down, and there are several places, including the County’s Colorado State agricultural extension, hosting classes that’ll help you make them at home.

Still, there are plenty of “trends” that haven’t quite come to fruition. Thai-rolled ice cream, African flavors, gourmet items in kids’ meal and ethnic-inspired breakfast items (like chorizo scrambled eggs and coconut milk pancakes) have yet to latch on in a big way. For the record, though, you can head over to Parkway Cafe for knock-out Mexican-inspired breakfast creations.

The NRA list sequesters out an additional 10 concepts to look out for, and most revolve around raising food locally and sustainably. That is happening in Boulder County, but it’s also been happening elsewhere for decades. Look around and you’ll see communities from Maine to North Carolina to California that have been building local food economies for years.

Now, what’s exciting is the forecast for 2019. The NRA releases its list in December, but other groups, which take a broader, possibly more applicable survey of the food scene, are already looking forward.

Take the Culinary Visions Panel. Its list of five upcoming trends has Boulder County written all over it.

The first trend is “replenishing with purpose,” citing data that indicates nearly three-quarters of people are looking for food that both satiates their hunger and is nutritious. In addition, the Panel forecasts people will limit foods they historically have avoided, claiming that people will eat food they feel good about as opposed to sticking to strict diets.

One actionable trend the Panel foresees is a proliferation of healthy, grab-and-go foods. We see that in Boulder County both from our abundance of natural food brands and from restaurants who are willing to offer kiosk service to walk-up patrons who may not have the time or money to sit down for a full meal.

Lastly, the Panel predicts a continued search for global flavors and ingredients. If the past 10 years have been focused on sourcing and eating locally, the next few might revolve around farmers bringing in crops from around the world and food scenes complementing that choice by embracing new dishes and flavors. The big regions the Panel sees getting a spotlight include Ecuador, Peru, Brazil, Korea, Morocco and the Philippines — yes please, to this last one; it’s high time we bring the robust, multicultural food of the Philippines to Boulder County.

It can seem sometimes like there is nothing that won’t work in today’s crazy food landscape. Obscure and one-item restaurants, producers and events seem to flourish in a culture where people are looking for unique, authentic food experiences that deliver the best of the best. But Boulder County, as many places elsewhere, has a lot of room to grow. Whether we’ll be following trends, or setting them, remains to be seen.