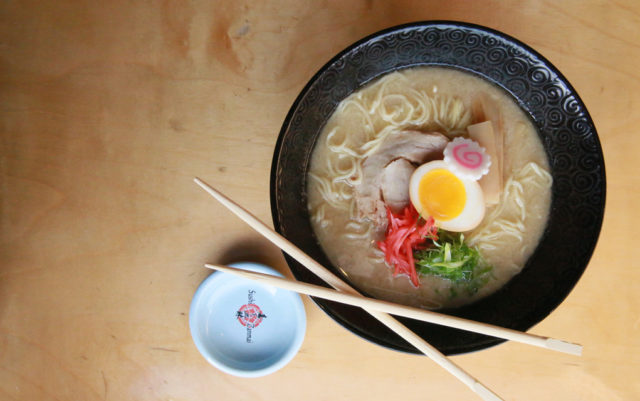 There was a reason for all the platitudes during the coronavirus-related shutdowns — “We’re all in this together,” “Together, apart,” etc. What we missed most while staying at home was community, and blathering talking heads on the TV and internet — our only portal to the world outside — weren’t cutting it.

Of course, we could’ve gotten some of that communal goodness from sitting and dining in one of our local restaurants, strangers and friends nearby, but that was off-limits until only recently.

Now we’re allowed back in (with safety requirements in place), and even though we have to talk through masks and sit apart from other groups, it’s a welcome step in the right direction.

At least it is for Younghye Kim, general manager at Sushi Zanmai, who has worked at the Boulder restaurant since 1987. Sushi Zanmai reopened on June 17, and Kim is eager to welcome back staff and guests who have become dear to her.

“We do have a strong connection and friendliness. I always like to see [guests], and they like to see me,” Kim says. “I see four generations coming in through the door at the same time and I know them from [previous visits]. I know a lot of people by faces and names; they recognize me as part of their lives. We have a mutual friendliness by now.”

During the shutdown, Sushi Zanmai had to-go offerings, but it wasn’t the same as welcoming a guest to its sushi bar or cozy dining room. There were little (non-literal) touches of hospitality that kept Kim and the staff connected to patrons and those will continue to connect them in the coming weeks.

“Because you’re wearing a mask, it’s hard to see the expression on other faces,” Kim says. “But at Japanese restaurants, we like to bow. That shows friendliness, and we’re used to doing it. People will kind of recognize it.”

The pivot to takeout for the last several months worked for some restaurants, others not so much. Sushi Zanmai and its sister restaurant, Izakaya Amu, made it work.

“Some days were very slow, some days were busy. It was hard to predict,” Kim says, adding, “It’s been better than what we expected.”

But if there was any doubt — and certainly we all had concerns — that folks would come back when in-house dining reopened, it was quelled when Izakaya Amu reopened last week and regulars were ready for seating. That desire to be part of the community is strong, Kim thinks.

“They come in because they just want to interact and socialize,” Kim says.

But in-house dining is going to be different, no doubt. The atmosphere at Sushi Zanmai has always been abundantly warm, with sushi chefs welcoming guests in and out, tables nestled close by, folks making friends at the sushi bar. There will be a period of adaptation, Kim says.

That may be frustrating for some diners who impatiently want things to return to normal, and try to will progress by not following the rules. But Kim hopes new and returning guests can see the forest for the trees and play nice.

“I hope customers who are not used to us, how we do it, follow and respect us, and try to be safe for our employees. They should respect [others] and wear masks and sanitize their hands and be kind to us,” she says.

And in return, you’ll get a staff that’s committed to making the dining out experience as comfortable as it can be — as close to the time before the coronavirus as possible.

“We want to bring back the same goodness as before,” Kim says. “I want [guests] to feel relieved and comfortable and not have to worry about anything.”