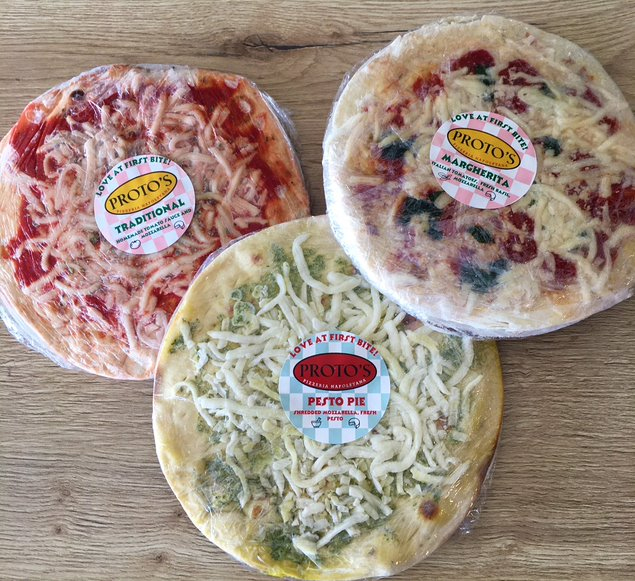 Commuters whizzing by the Niche Market are forgiven if they’ve never noticed the cool neighborhood store tucked away at 47th Street and the Diagonal Highway.

The most visible sign is for Meals on Wheels (MOW) because the building houses the Boulder nonprofit’s offices and kitchen, which, on weekdays, cooks more than 275 meals delivered by volunteers to local seniors and those recovering from serious illnesses regardless of age or income.

The Niche Market opened in October 2020, initially selling MOW’s famous frozen quiche and pies that were offered as fundraiser items for more than 20 years. The strawberry rhubarb, apple, blueberry and especially tart cherry pies are 15% off during the nonprofit’s Valentine’s Pie Sale through Feb. 14.

The Market has evolved into the convenience store with a cause serving an unusual 330-unit neighborhood that was shoehorned onto a former semi-industrial triangle of land on the outskirts of town.

The latest menu addition is Proto’s Pizza. Niche Market is the only place to get the local pizzeria’s frozen take-and-bake personal size pizzas in three varieties: traditional (with mozzarella and sauce), Margherita (with crushed Italian tomatoes, fresh basil and mozzarella) and pesto (with basil pesto and mozzarella).

The topped pre-baked crusts take only 10 minutes to cook in a hot oven and produce that famous artisan taste. It’s easy to include additional toppings. I added roasted red peppers, extra cheese and cayenne chile flakes to my pesto pie. The first Proto’s Pizza opened in Longmont in 1999 and now boasts six locations.

All proceeds from the pizzas and everything sold in the Niche Market benefit Meals on Wheels. Besides the home delivery service, the nonprofit also operates the Eat Well Cafe, dishing affordable full lunches in Boulder’s West Age Well Center.

The Daily Bread Bakery was a Boulder artisan bread bakery opened in 1994 and eventually acquired by Whole Foods Markets. Frasca Food and Wine now occupies that Peart Street site which had previously been home to Penny Lane coffee house. Then-Daily Bread owner David Berenson shared this recipe for a moist oat coffee cake in the 1990s.

Preheat oven to 350 degrees. Pour hot water over oats and set aside. Cream together butter, sugars and vanilla until light and fluffy. Add eggs one at a time. Mix flour, salt and baking soda in a separate bowl. When oats are cool, alternately add oats and flour mixture into the wet ingredients until well combined. Pour this batter into a buttered springform or other baking pan for 30 minutes or until the middle of the cake is set.

Make the topping by creaming butter and sugar in a bowl, adding cream until mixed before combining other ingredients. Spread mixture evenly on top of semi-baked cake and return to the oven for 15 to 20 minutes until lightly browned.