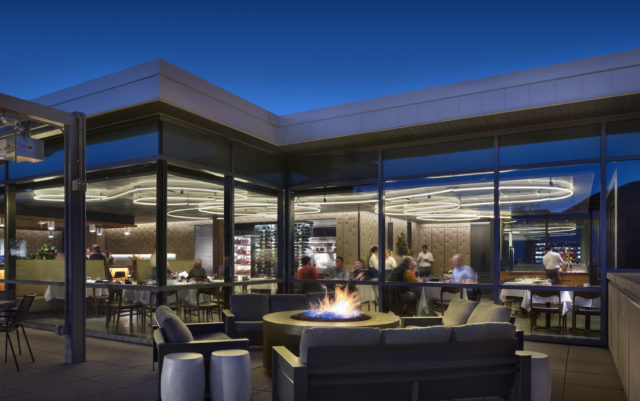 Just when we think we’ve passed the worst of the commercial impacts of the coronavirus-related shutdowns, Walnut Restaurant Group, the owners of three of Boulder’s largest restaurants — The Med, Brasserie Ten Ten and Via Perla — announced they would permanently shut down operations.

“That news was pretty shocking,” says Bryan Dayton owner of Boulder’s OAK at fourteenth and Corrida. But it could just be the first of several closures, he adds.

“I know there are a lot of conversations behind closed doors of restaurateurs saying, ‘Hey, is there an exit strategy right now, and should we take it?’”

OAK and Corrida are playing the game restaurants have to play in a post-COVID world — dipping a toe into the waters of reopening, hoping consumers come back and being creative with their offerings.

“We’re just kind of chasing fool’s gold,” Dayton says. “We were already running with razor-thin margins at full occupancy. Now you’re telling me 50% occupancy… I think it’s going to be a really long road to see any kind of normal reality.”

Dayton says he’s taking a holistic approach to reopening his group of restaurants (including Acorn and BriDer in Denver). That is, he’s using one restaurant to implement a returning or new service, see what the reaction is, and then implement it at the other restaurants, using what his team has learned.

To start, Corrida opened its rooftop patio on June 10 to reservation-only dining (though takeout is still available). The restaurant is offering picnic baskets — guests can choose one of three curated meals ahead of time to enjoy on the patio alongside drinks from a limited menu of cocktails, beer and wine. Picnic baskets include one with marinated olives, spiced nuts, cheeses and house-made Spanish olive oil bread ($30), and the “Baller” basket ($94), with wood-blistered sugar snap peas, royal red shrimp fideos (a dish with short, thin noodles), oak-grilled wagyu top sirloin and olive oil bread.

On June 24, Corrida will reopen for dine-in service.

The key to success — if there’s going to be success — Dayton says, is being creative enough with regards to hospitality to make the experience fun and safe for diners.

“How can we be creative now in hospitality in a non-hospitable world?” Dayton says. “How can we circumvent things and move things around and provide things through service that are fun? … Talking through masks is awkward and different.”

One bit of hope: Dayton says he and other restaurateurs have seen an influx of tourists in the early days of the reopening of in-house dining, a group which traditionally comprises a significant chunk of Pearl Street business revenue. But regardless of where the diners come from, the key to reopening and surviving in 2020, Dayton says, will be keeping an eye on what people want from a restaurant in this crazy time.

“The biggest thing to figure out is consumer behavior and how do they feel, what are they looking for and are they safe and excited,” he says.

Even with the reintroduction of limited in-house (or on-patio) dining, Dayton says, restaurants “are definitely not breaking even,” with many unable to pay rent and other bills. There’s also the concern of what fall may bring: We had an early spring on the Front Range, and early fall could cut outdoor dining by a couple weeks and severely limit revenue.

The closing of The Med, et al. was shocking from the outside because those restaurants were popular, and had overcome obstacles in the past. And because restaurateurs are resilient and creatively overcome challenges. The question really is: How long can restaurateurs hang on until things return to normal?

“Restaurateurs, we try to figure out these things,” Dayton says. “If there’s an industry that’ll figure it out, it’s ours.”