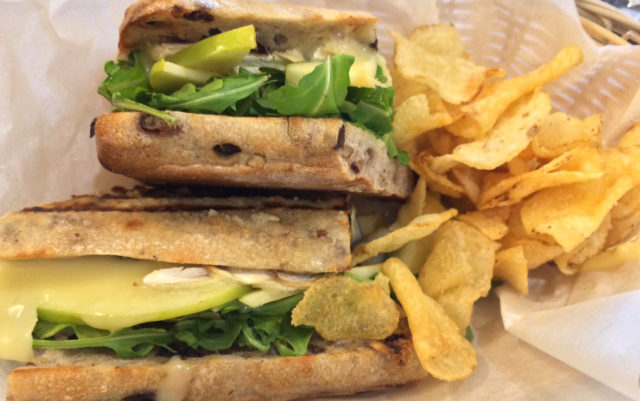 With absinthe fountains, artisan cheese and bread, and interior design to make the ghost of Oscar Wilde feel at home, the Bistrot des Artistes inside Longmont’s Cheese Importers certainly effects the feeling of gay Paris. The menu of French and continental European staples places an emphasis on robust ingredients. Such is the case with the apple brie panino. Sharp French brie, perfumed apples and peppery arugula are sandwiched between two hulking slices of walnut-raisin bread. The sandwich’s components are well-balanced — spicy arugula, funky brie, dusty walnut and tart apples harmonize, and the delicateness of the flavors belie the panino’s substantial presence. It makes for a good meal served alongside dry white table wine and capped off with an Armagnac-infused and chocolate-covered cherry. $8.50 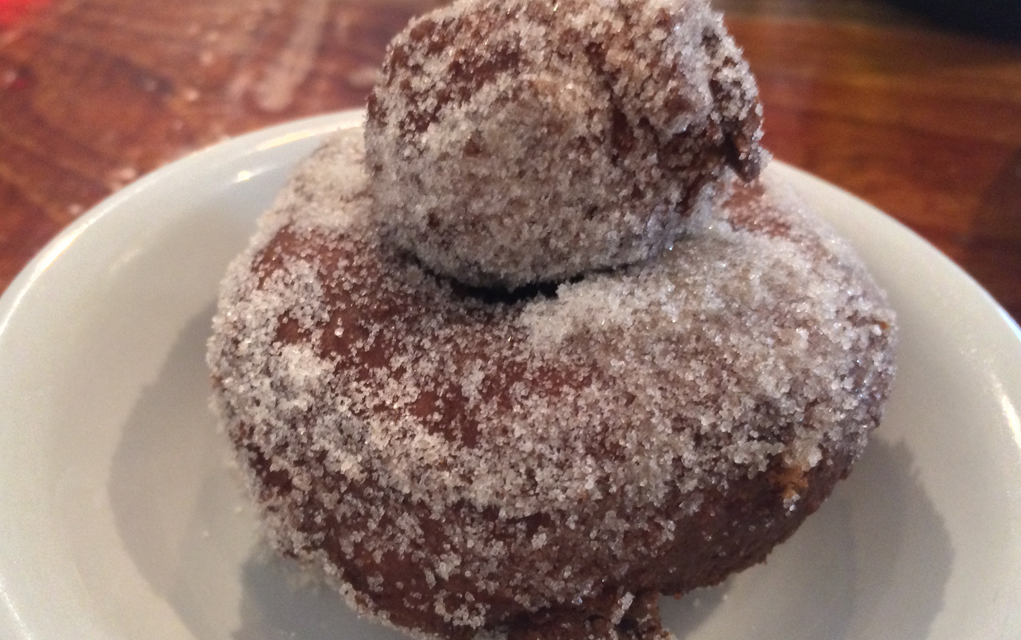 Café Aion’s menu brings the varied and electric foods of Spain and Morocco to The Hill, so you might overlook the humble $2 fried doughnut. That would be a mistake. The doughnut (and doughnut hole) is thick-crusted and topped with sugar and cinnamon. The inside is moist and sweet. It’s just not constituted like most doughnuts — it’s more of a sugar-coated popover. Turns out it doesn’t need coffee either, as it goes well with the house vermouth, served with an orange and olive, and slightly effervescent. $2 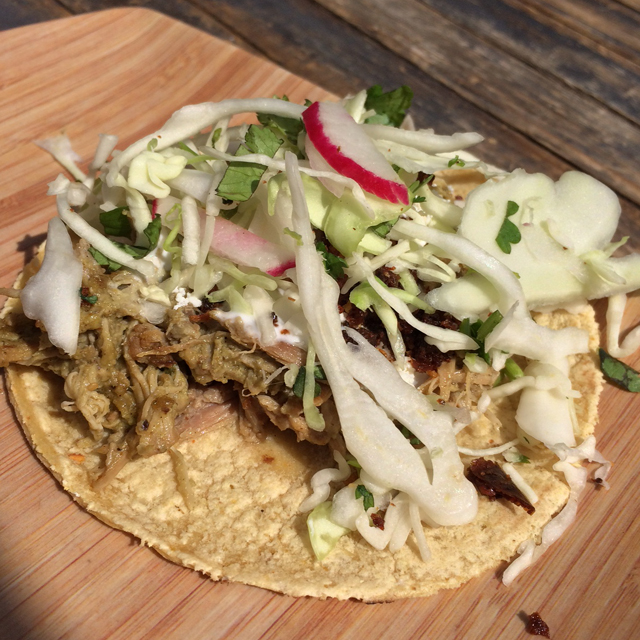 Duck meat really ought to be in more accessible dishes like tacos. It’s popping up more often in casual dishes, in the form of confit on salads and in egg dishes, for example, but can’t we shred it or slice it and slop it between some bread or tortillas? T·ACO gets this and puts braised and shredded duck meat on a street taco alongside verde mole, cracklings, sliced cabbage, cotija cheese, crema and avocado. It sounds like a lot just to make duck meat work on a taco, but it’s not overwhelming — the verde mole brings heat and herbs; the cracklings and cabbage bring crunch; the cheese, crema and avocado bring moisture. $4.50 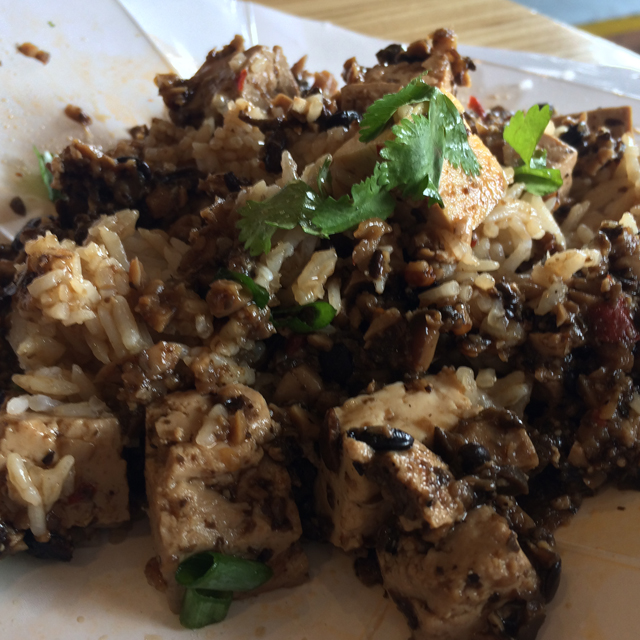 Ginger Pig’s mapo tofu is an example of how vegan food can be both clean and indulgent. On one hand, the dish (or box, as it were) contains ho-hum staples of rice, black beans, mushrooms and tofu. On the other hand, Ginger Pig redefines these ingredients by braising shiitake and crimini mushrooms in beer and fermenting the black beans, whose umami is then imbued into silky organic tofu chunks and laid atop pillowy jasmine rice. Fresh scallions and cilantro clear open the Eustachian tube, and the house chili oil slowly builds body heat. $10