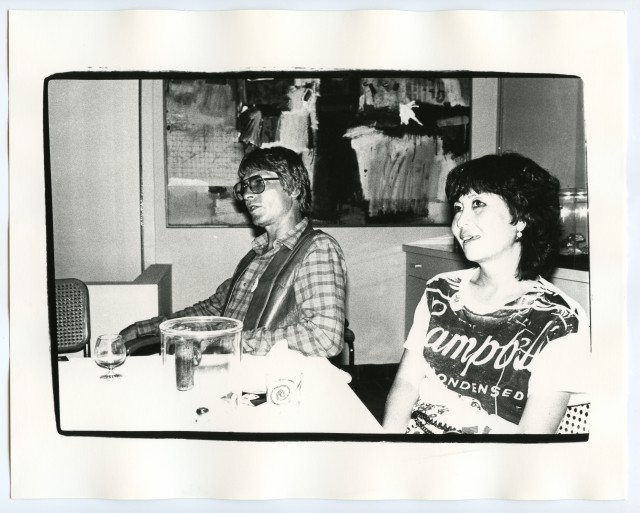 Born in 1928 in Pittsburgh as the third child of immigrant parents, Andy Warhol suffered through his childhood as an outcast and a hypochondriac. It seemed unlikely then that this often bed-ridden child would one day rise to fame as one of the leading figures of the pop art movement.

With his portrayal of mass-produced products, mundane objects and celebrities from American popular culture, Warhol achieved massive success as a painter, sculptor and prolific filmmaker. In 1963, his piece “Eight Elvises” sold for $100 million, a feat achieved by only a handful of other artists, including Vincent van Gogh, Pablo Picasso and Jackson Pollock.

Warhol survived a gunshot wound from a dramatic attempted murder in 1968, only to die from a routine gallbladder surgery in 1987. In his will, he bequeathed almost his entire estate to creating a foundation dedicated to the advancement of visual art. The result was The Andy Warhol Foundation for the Visual Arts, which focuses primarily on supporting artistic work of a challenging and often experimental nature.

In 2008, The Foundation gave 156 of Warhol’s photographs to the University of Colorado’s Art Museum. The museum premiered 112 of the pieces on Jan. 21 and will continue showing them until June 25.

“It’s a rare opportunity to see the eye of the artist,” says Lisa Tamiris Becker, director of the museum. “The photos show the bigger picture of him documenting the world around him that you might not get from just knowing his iconic pieces.”

The display includes 80 Polaroids and 32 silver gelatin prints, arranged in grids to accentuate the scope of his vision.

The pieces range in subject from celebrities such as Martha Graham to friends and patrons of Warhol’s to views of landscapes and towns.

“The silver gelatin prints are much more classically photographic,” Becker says. “The polaroids really represent a part of his process and the way he would use a portrait to develop a sense of a person as an icon.”

Many of Warhol’s paintings were created using photographic silk screening on canvas, so the polaroids can be viewed as the first step of his creative process. Warhol published three books, one posthumously, which feature his black and white photographic work, including Andy Warhol’s Exposures (1979), America (1985) and Andy Warhol’s Party Book (1988).

His portraits, landscapes, celebrity snapshots and still lifes offer a glimpse into the expansive range of Warhol’s creative interest as well as the extremely varied atmospheres with which he surrounded himself. Many of the silver gelatin prints exhibit his attention to composition and detail, while the polaroids reveal his ability to capture candid and frank shots of whoever was in front of his camera.

“Some of them might be recognizable iconic people, but I think what you’d learn is that he was photographing everybody, from wealthy patrons to transvestites,” Becker says.

This reflects Warhol’s sentiment when he said, “I’ve never met a person I couldn’t call a beauty,” or when he said, “In the future, everyone in the world will be world-famous for 15 minutes.”

“I think that through these more modestly scaled photographic works that are really more like beginning points where he’s constantly collecting ideas, you really get insight into his mind,” Becker says.

Some of the photos on display have Colorado-specific content, such as portraits of John Denver or Colorado photographer Mark Sink. The University of Colorado was chosen along with more than 180 educational institutions across the United States, which together received more than 28,500 photographs from The Andy Warhol Photographic Legacy Program, launched in 2007 in celebration of the Foundation’s 20th anniversary.

“When you put Warhol into an historical context, not only does this work offer an insight into the present aspect of reality, but also into the era in which the works were taken,” Becker says. “It’s a powerful way to reflect on the past, the present and the future.”

Andy Warhol’s photographs will be on display at the CU Art Museum until June 25. Admission is free, and there is a suggested donation of $5.