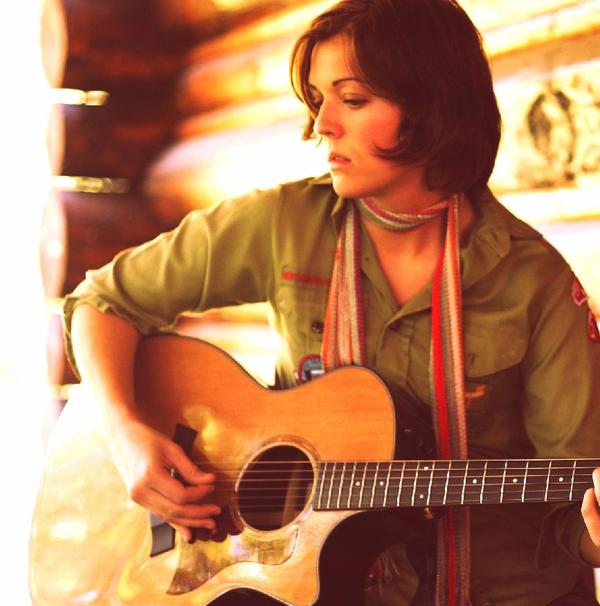 One of the major ways Brandi Carlile feels she improved as a singer on her latest CD, Give Up The Ghost, was in being able to tap into the emotions that fueled her songs as they were first being written when it came time — sometimes many months later — to record her vocal track in the studio.

“You have to find it somewhere, whatever it is, like the energy for a song,” Carlile says. “Like if I had to do a vocal for a song that was particularly introspective and sad … well, I would do things like wake myself up at like six o’clock in the morning when I was all tired and hadn’t had my coffee and I’m all bummed out and grumpy, and sing a song like ‘I Will,’ because I wanted it to sound crackly, pained and tired, because that’s what it is.”

Finding the right emotion on stage has never been a problem for the Seattle singer-songwriter, who came onto the scene with her 2005 self-titled CD and gained considerable notice with her 2007 follow-up album, The Story.

“The difference between being live and being in the studio is that it’s really easy to deliver a gutwrenching, moving performance in front of a thousand people that are hurtling their energy at you onto the stage,” Carlile says. “It’s really easy to thrive on that.”

Part of the reason Carlile’s songs for Give Up The Ghost demanded more from her as a performer in the studio was because she wanted to look deeper into herself as a person and also use her imagination to create lyrical stories and emotions that are more relatable or dramatic than those on her first two CDs. She cited The Story to illustrate the change in perspective in her writing.

“Most of those songs [on The Story] were ‘I’m mad about this person right now. I’m writing a song about it. I don’t care what they think. I don’t care what happens or what the repercussions are. I’m going to write this song and put it out in the world, right now,’” she says. “And right now I’m touring. I’m cultivating a career and a life for myself, and whereas that’s really exciting to me, I don’t think it’s the deepest part of who I am. And that’s what I need to access to be a great songwriter.”

The music and lyrics on Give Up The Ghost show that Carlile is well on her way to achieving greatness as a songwriter. The album feels strikingly honest, as Carlile’s songs (which involve issues of relationships, self-image and friendship, to name a few themes) are full of sadness, joy, vulnerability and hope.

The music covers plenty of ground as well, as Carlile’s songs range from intimate and highly tuneful acoustic ballads like “Before It Breaks,” “I Will” and “Dying Day” to a pair of spirited rockers, “Dreams” (which just might be the catchiest pop song of 2009) and “Caroline,” a sprightly tune with a ragtime-ish piano line played by one of Carlile’s musical heroes, Elton John.

The way Give Up The Ghost was made was also starkly different from the way Carlile had approached The Story.

“The Story was set up like a stage, literally a stage in the studio,” Carlile says. “We recorded the record like it was a show, like several shows. We basically played the same guitars and played through the same amplifiers. It has a cohesiveness that’s really unique and cool that most records don’t have nowadays. And it’s live and hardly overdubbed at all, with one drummer and one band.

“On this record, instead of treating the record like a show, or a like an hour-long cohesive project, we wanted to individually treat each song like its own record,” she says. “So each song, from beginning to end, was its own set-up. Like we’d get in and we’d set up for a song. The drums might go at one end of the room today, and you might play through this amp and you might play this guitar, and I might sing into this microphone and we might use this drummer. Then the next day it’s a completely different room, completely different setup, completely different drummer.” In a live setting, Carlile is pulling out all the stops to showcase her songs. She recently expanded her band to include not only her long-time bandmates, guitarist Tim Hanseroth and bassist Phil Hanseroth, but a cellist, a drummer and, on some songs, a keyboardist. She is playing most of the Give Up The Ghost songs each night, as well as several songs from The Story, a couple from her self-titled first album and a few covers.

“We try to make our show more and more of an event, orchestrating the show in all different ways. We came up with our own set design for this Give Up The Ghost tour,” Carlile said. “It’s just a really exciting show. We are entertainers and we believe in putting on a show, and we believe that’s what keeps us on the road.”