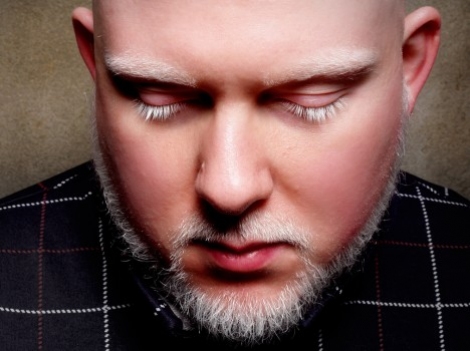 Brother Ali really didn’t need any more political cred, but
he got it anyway.

The gruff-voiced Minneapolis rapper, long an outspoken
political artist, already has a rap sheet of run-ins with corporate censorship
and homeland security intrusions — Verizon pulled its sponsorship of an Ali
tour after learning of his song “Uncle Sam Goddamn” and the Department of
Homeland Security froze Ali’s bank account.

But it was Ali’s involvement with Occupy the Homes, which
grew out of Occupy Minneapolis, that landed the rapper in jail.

“When I went to jail, I went to jail defending one of the
homes,” Ali says. He and 36 others were arrested at the site of a home that was being foreclosed upon.

He says the country’s foreclosure crisis has spurred teamwork
among people who usually wouldn’t be working together.

“Part of why it’s been victorious is that, it’s people who
never would have been at a demonstration before,” Ali says. “It’s not just
activist culture, it’s not just people who don’t wear deodorant and ride bikes.
…

“It’s not just activist culture. It’s middle-aged,
middle-class white schoolteachers from the suburbs who are willing to go to
jail now because their sister lost her home. … It’s gotten so bad that people
have solidified and are in the fight who have never been like that before.”

That’s got Ali pumped up. Despite dismissal from much of the
media, Ali sees reason for hope in Occupy, a left-leaning activism movement
he’s been waiting for for a while.

“It’s a bigger, stronger, more important movement than there
has been in a long, long time,” Ali says. “And I feel like the media has
intentionally mishandled it, you know, downplayed it. Really made it sound like
a bunch of people hanging out, sleeping in sleeping bags, peeing all over the
place, smoking weed, they don’t know what they want.”

But in Occupy,
Ali sees “common people getting together,” a powerful antidote to the
conservative/libertarian Tea Party.

Ali says he blames corporate interests for limiting the
coverage Occupy receives, but the blame doesn’t stop with them.

“Just common people, man, need to be more thoughtful. Need
to stop being so easily lulled into silence with toys and entertainment and
food and bullshit. It’s like, I would be pissed off, but this new iPhone is
fucking awesome.”

It’s a crucial time, Ali says. He says he hasn’t been
following this election especially closely, but it’s a very important one for
the future of the country.

“I really feel like we’re in a time where we really have to
decide if we’re gonna be what we’re supposed to be, if we’re gonna be what we
say we are, or if this thing’s gonna end on its own,” he says. “And I really
think that we have to make that decision pretty quick here. I don’t think we
can continue to coast down the road that we’ve been going on.

“The American dream’s never been a reality for everybody,
but it’s getting to the point where it’s not a reality for anybody. We have so
little of our democracy left that if we continue just going down this road
it’ll just be done. …