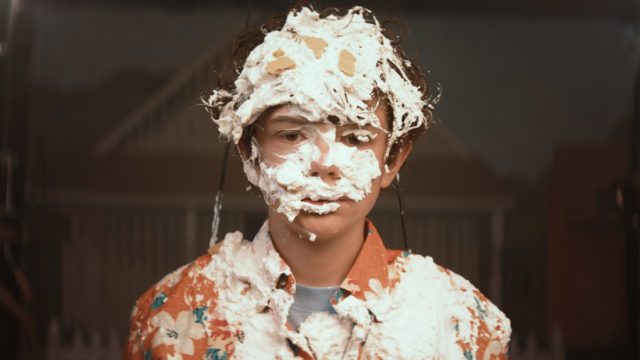 Written, produced and co-starring Shai LaBeouf, Honey Boy is filmmaking by way of catharsis. Written during a stint in rehab, Honey Boy presents two periods of LaBeouf’s life in parallel: the first of 22-year-old Otis (Lucas Hedges), who lands in court-appointed rehabilitation program while shooting a Transformers-esque blockbuster; the second of 12-year-old Otis (Noah Jupe) working on an Even Stevens-esque sitcom. While both storylines are strong, the second, which co-stars LaBeouf playing the father, James, is the movie’s heart. James is a familiar figure of addiction: in control occasionally, helpless to his disease at key moments. Charismatic and charming when he wants, violent and aggressive when faced with no other option. The demons LaBeouf exercises through James are palatable, and the direction from Alma Har’el is stylish and vibrant.