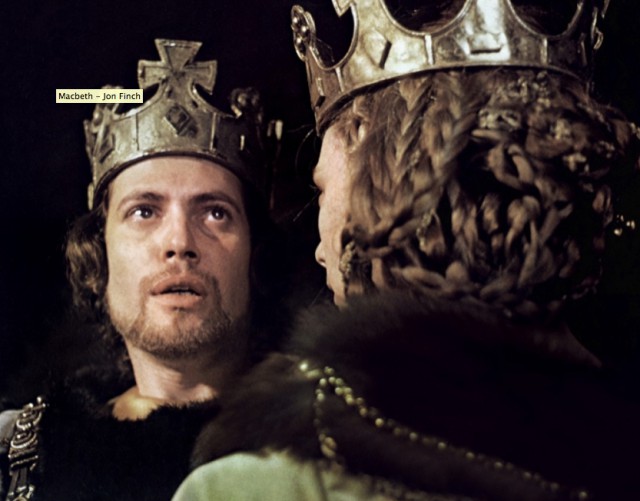 Whether it has robots, high school politics or rival gangs dance fighting — film adaptations of William Shakespeare’s beloved plays vary across all genres. And this week, the International Film Series is bringing you a taste of the variety with a week of Shakespeare on film.

The IFS and the Colorado Shakespeare Festival are co-sponsoring a week of films that kicked off April 4 with West Side Story and continues this week with 10 Things I Hate About You, Richard III, Macbeth, and Forbidden Planet.

The idea for the collaboration started with the Colorado Shakespeare Festival Guild, a private organization that supports the festival. Joe Bicknell, the incoming president of the guild, was a major force in creating the film week. When he joined more than a year ago, he noticed a film-sized hole in the Shakespeare operation. Not surprising, considering that when getting his master’s in Shakespeare studies, Bicknell wrote a paper about the 48 movie versions of Hamlet.

“Film seemed like a natural step for the festival,” Bicknell says. “Shakespeare permeates our culture, and film is no different.”

Along with movies, the festival is organizing presenters and talkbacks after the screenings with professors and festival members, to provide insight about the films. The presentations will also feature a preview of the upcoming Shakespeare festival season, which runs June 9 through Aug. 12 with productions that include Twelfth Night and Richard III.

“Our job is to show how there’s lots of different ways to take a source play and turn it into a film because film is a different medium than a stage play,” says Philip Sneed, producing artistic director for the festival. “Our job is to educate, and we’re not advocating a purist Shakespeare position, we want to talk about some of those decisions filmmakers make in an adaptation.”

When selecting the lineup of movies for the week, IFS Director Pablo Kjolseth says he was trying to tap into different demographics and attract a wide audience. But he says he also wanted to maintain the independent spirit of the IFS.

“I like to do things that open up the IFS program to more people,” Kjolseth says. “Forbidden Planet appeals to families, Richard III to fans of independent movies, Macbeth is for the international fans, 10 Things for students, and West Side Story is for everyone.”

The films are also accessible to audiences that aren’t familiar with the playwright’s stylistic lingo.

“You don’t have to know any of the iambic pentameter — you can have a great film that’s enjoyable,” Bicknell says.

This week will be a test for future co-productions with the festival, Kjolseth says. If the Shakespeare week is successful, it could become a regular IFS feature, which, due to the abundance of films inspired by the Bard, would make programming easy. Before narrowing the selection down to five movies, other films considered for this year included She’s the Man; Taming of the Shrew; Scotland, Pa.; Romeo Must Die and silent-film adaptations.

Part of the selection process was choosing films with 35-mm prints available, Kjolseth says. He managed to find prints of all the movies except Forbidden Planet, which will be projected digitally.

Hundreds of years after his death, people are still turning to Shakespeare for entertainment. Sneed says these movies show the versatility of the playwright. The films help spread his material to a wider audience.

“A play like Romeo and Juliet has over 100 adaptations. That attests to the power of the source materials,” Sneed says. “Audiences of all ages and backgrounds find power in Shakespeare. Some people can access Shakespeare directly, and some need a vehicle like a movie like West Side Story.”

For Bicknell, exploring different settings and different time periods can add volumes to appreciating Shakespeare’s material. The modern day adaptations, he says, serve to show parallels between the worlds of Shakespeare and today — similarities that are surprisingly familiar.

“West Side Story is a timeless story of boy meets girl,” he says. “10 Things I Hate About You is great fun teen movie that shows boys and girls going at it just like Petruchio and Kate did so many years ago.”