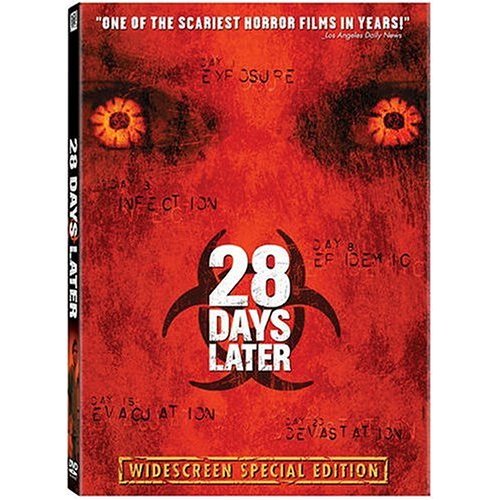 The first decade of this millennium has been an uncertain one. Terrorist attacks, wars, and financial meltdowns have made us feel vulnerable.

Technological advances outpaced the controlling laws, urging the film industry to revamp its business model to keep up. Often, the result of this uncertainty is a lazy reliance on known moneymakers, so the 2000s have seen their share of remakes, sequels and recycled superhero movies. Coincidentally, there have also been some outstanding films, notably by auteur filmmakers, who have forced us as an audience to confront the insecurities of our time. The ten best films of the decade are:

10. Dancer In The Dark (2000, dir: Lars von Trier) — Bj%uFFFDrk gives a heartbreaking performance in this genre mÃ©lange musical grandeur. Von Trier, with unflinching bravado, invites the audience to soar with our protagonist from her dismal existence to a dreamlike ecstasy before the inevitable and devastating emotional ruin. To create such beauty for the sole purpose of destroying it can be cheap manipulation, but this film evolves the concept from simple formula to stunning originality, transcending the typical tragic-drama into something much more overwhelming.

9. No Country For Old Men (2007, dir: Joel & Ethan Coen) — The Coen Bros. acclaimed status was built on consistency with great storytelling, unforgettable characters and genre-bending acrobatics. Along with these attributes, valuable innovation and artistic courage raises No Country high above their many other endeavors the past decade. Despite a tremendous storyline chalked with potent action and suspense, subtle existentialism reigns importance, demanding serious reflection from the audience to achieve closure.

8. 28 Days Later (2002, dir: Danny Boyle) — Director Danny Boyle’s accomplishment in creating a unique and genuine horror film was a much-needed breath of fresh air from the morbid stench of pointless remakes and sequels, which unfortunately continue on today. Using the grittiness of cinÃ©ma vÃ©ritÃ© — minus the nausea and cheap tricks — the atmosphere reaches a disturbing scale of both intimate and global proportions. Devising this style to inject terror while remaining awe-struck at the screen is a technique achieved by the true classics.

7. Eternal Sunshine Of The Spotless Mind (2004, dir: Michel Gondry) — There’s something within the execution of this film that affected me like no other love story has done, and it left me walking out of the theater feeling both sad and optimistic. Jim Carrey, who gives a stunning performance, plays an unconscious man trying to save the memories of his ex-girlfriend from being erased by a company he hired to do so. Although this concept is endlessly depressing on so many levels, the outcome leaves on an ambiguous high-note.

6. Memento (2000, dir: Christopher Nolan) — This breakout feature by now infamous writer-director Christopher Nolan is not only the greatest puzzle-films of the decade, but perhaps of all-time. Our protagonist, who has somewhat tried to cheat short-term memory loss by tattooing his life goal of retribution across his body, lives in constant confusion and perplexed detection. Nolan similarly handicaps the audience by flipping the narrative, presenting the scenes in reverse order. As we share his disadvantage, confusion turns into fascination and the detection becomes a shocking discovery.

5. There Will Be Blood (2007, dir: Paul Thomas Anderson) — With refined style and unprecedented maturity by P.T. Anderson, this 2007 Oscar-winning tour de force offered an unequivocal and often damning look into some of the basic human emotions and motivations. Set in the earlier years of the 20th century around one oil prospector’s life, the film grants an intimacy into his conquests, personal relationships, and a side of Darwinian brutality that shocks the conscience. What is achieved can only be described as harrowing realism, scaled on a Kubrick-esque level of depth and authenticity.

4. CachÃ© (2005, dir: Michael Haneke) — Austrian filmmaker Haneke’s love of uncertainty is most effective here in the appropriately titled dramatic thriller Hidden. Similar to his other films, the mystifying component of anonymous packages being left on the step of a family’s home is a red herring, but a successful tool that quickly engages the mystery. As it progresses, the constant changes in perception turn the psychological treatment into a series of decisions that the viewer ultimately must make. It frustrates some audiences to leave vague explanations without total finality, but the films that don’t tell us everything are the ones remembered.

3. American Psycho (2000, dir: Mary Harron) — This overlooked and misun derstood masterpiece earns the title of most captivating and unparalleled character study of the 2000s. It documents the identity crisis of a businessman who has reached the pinnacle of success, wealth, social appeal and physical prowess. With delicate narration he confesses deep dissatisfaction with existence; a desire to evolve has initiated his ongoing search for greater knowledge. Attempts to grasp this level of consciousness within the bourgeoisie include scenes of confounding insanity coupled with ferocious emotion — even brutal murder.

2. The Royal Tenenbaums (2001, dir: Wes Anderson) — Wagner knew that the Great Art Form would be comprised of a fourth dimension; this magnum opus about a dysfunctional family demonstrates film as the medium that can attain this idea. In its conception, Anderson applied every primary artist expression to accomplish a lyrical emotion that radiates from the timeless world. This multi-leveled drama incorporates adult humor and gloomy subject matter triumphantly.

1. Mulholland Drive (2001, dir: David Lynch) — Artist David Lynch has used film for more than 30 years as his primary artist expression, providing heavily dosed tales with campy enjoyment and deeply intense surrealism. Here, Lynch uses the character of a heartbroken, failed actress to tell his story without any narrative. Instead, we dive into her subconscious, encountering things that didn’t necessarily happen the way we see, but the way she likes to perceive they did. The story is profoundly thoughtful, beautiful, devastating, and already taken its place in the history books.