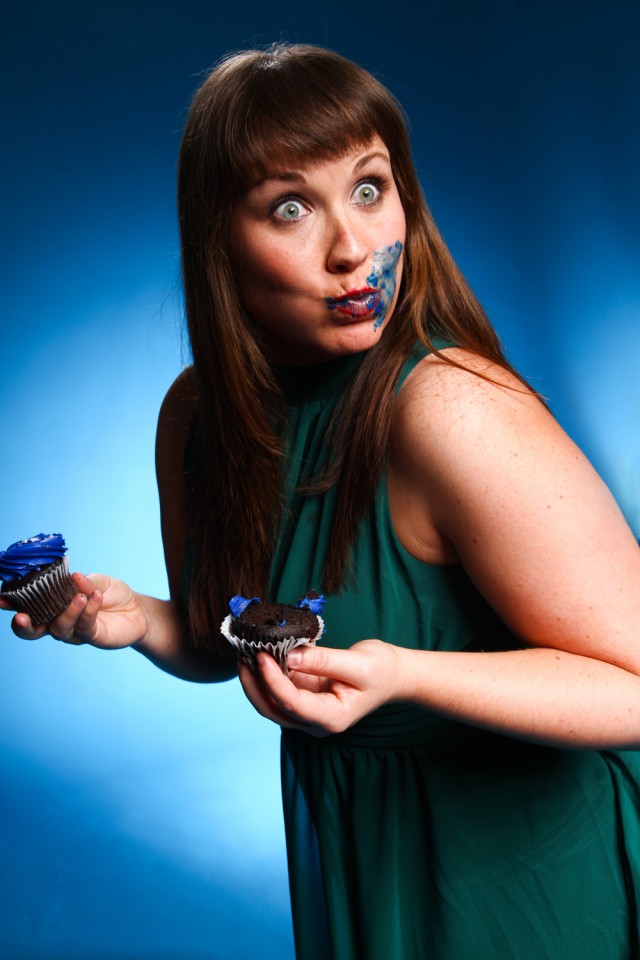 Chicago comedian Kelsie Huff is no stranger to a rough crowd.

“My first standup I went to a bar near Wrigley Field, which is very sporty and very douchebaggy,” Huff says. “I thought, ‘I’m just gonna tell one of my stories!’ and got a lot of ‘Show us your tits!’ instead.”

But with years of experience under her belt with the improv group Second City, Huff says she’s learned to just go with it.

“Sometimes you gotta know your audience, so I do a lot of my dick jokes at that bar,” she says. “But in a coffee shop or something, it might be a little more low-key. That’s the great thing about comedy — you have to flex different muscles in your environment all the time, and that’s what makes it fun and scary as hell. But mostly fun.”

Huff’s comedy blends a healthy mix of dark cynicism and carefree wit, evidenced by how she got into the business.

“The depressing answer is that I had an intense home and had to make some jokes, ’cause I had some booze in my family,” she says. “So that’s the depressing answer. But Chicago’s a great comedy town, and I’m from a small town right outside of Chicago, and I had a lot of funny folks in my family. I started taking improv classes at Colombia College and then went to Second City. But even as a kid I used to watch Eddie Murphy really late at night when I wasn’t supposed to, so it’s all Eddie Murphy’s fault.”

While comedy is her calling, Huff says she’s painfully aware of the low pay up-and-comers make.

“I’m from the Midwest, so doing any comedy is like, ‘Oh, that’s a nice little hobby you have,’” she says. “I do have a day job right now. It’s difficult to get paid, though every once in a while I do, but I sort of have two lives. I have a day job and I teach comedy, which pays a little more, and then I just hustle it up, and the goal is just to keep hustling more so I can eventually not have to work a ‘real job,’ as my mom says. It’s a good aspiration, to piss off Mom.”

For Boulder’s Fringe Fest, Huff will be teaching comedy workshops to those interested in giving the mic a try.

“This specific workshop is really focused on standup comedy and how to bring the character of you out, how to bring your voice out and experiences and make it more humorous,” she says. “Everybody has a story — everybody thinks they don’t, but they do. And to bring it out and to see people who have no performance experience is awesome.”

Huff says that some of her favorite comedians are the ones who finally get the courage to go up on stage.

“I get a lot of excitement from the local scene in Chicago,” she says. “There’s people there now moving to L.A. and becoming bigger deals. One of my passions is seeing newbie comics take the stage for the first time.”

Channeling her excitement into this new workshop, Huff says the ultimate goal is to encourage people to do a two- to three-minute set in front of a live audience.

“It’s just awesome to see people find that confidence to get up there and rock the microphone,” she says. “Standup comedy is one of those things that’s terrifying for most people. To get up there and have the power of a microphone for two minutes and make a room laugh is pretty awesome, so I’m hoping it goes well.”

“You Time! Personal Narratives in Stand-up Comedy” takes place Sunday, Aug. 19, from noon to 3 p.m. at Naropa University on 2130 Arapahoe Ave. Tickets for the workshop are $45.