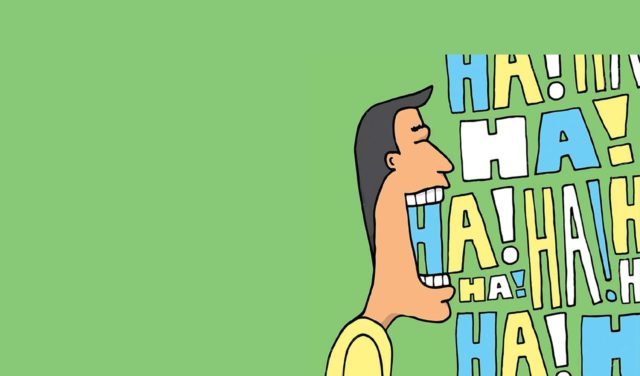 What goes together better than beer and comedy?

“Beer and comedy go hand-in-hand,” says Emily Andrews, the festival’s producer. “We always tell people that the more you drink, the funnier we are.”

The community-oriented comedy festival is part of an effort to bring a vibrant comedy scene to Longmont. And with this year’s event expected to quadruple in size, the dream is starting to look like a reality.

Returning for its second year, the ambitious, three-day event spans four locations (three of which are breweries), featuring upwards of 50 comics from Longmont, the Front Range and throughout the country. It kicks off Aug. 25 and will feature stand-up, improv, musical and open-mic comedy.

The shows are free, with the exception of its finale (which costs $7 at the door). Dubbed the “Primetime Show,” it features stand-up performances from headliner Zach Jobe, Denver’s Andres Becerril, and the festival’s organizers: Emily Andrews and JoAnn McIver.

For more than two years the festival’s producers, known as Bub Comedy, have worked toward building Longmont’s comedy scene.

“Last year we were very small. We were basically just seeing if it would be viable,” Andrews says. “We had resounding positive feedback, so we decided to go big this year and see what would happen.”

Bub Comedy’s efforts have not only been a service for comedy, but for Longmont itself.

“We have a tight-knit community. We’re friends with a lot of businesses in town, so it’s a bit of a share-the-love scenario,” Andrews says.

The recent growth of Longmont’s comedy scene has coincided with its growing microbrewery scene and the two have supported one another.

“Longmont is really changing,” says Jean Ditslear, the owner of 300 Suns Brewery and one of Laugh Fest’s hosts. “We’re getting a vibrant brewery scene, and a vibrant art scene. We’re all kind of bringing it up together.”

Andrews says Longmont is naturally suited for comedy in-part because of its prevalent microbreweries.

“The craft-brewery environment is a much nicer environment for comics than a lot of bars,” she says. “People are drinking and they’re loose, but they’re not filthy drunk like they might be at a Denver bar at 1 a.m.”

In her productions, Andrews exhibits an attention to detail and a “quality-over-quantity” mentality. She and her partner JoAnn McIver have spent the better part of a year hand-picking this year’s performers, most of whom they say are talented but unknown.

“They’re comics that we’ve seen and that we’ve vetted. We’ve seen them work for the past few years. And they’re hands-down good enough to be paid, headlining comics.” Andrews says. “They just don’t have the name recognition yet.”

Andrews knows that good comedians are the foundation of a good comedy scene, and so her company invests in comedians themselves.

The primary obstacle facing mid-level comedians, she says, is lack of mid-level performance opportunities — since most small-town comedy consists of either open-mic shows or touring headliners. Bub Comedy tries to fill that gap.

Additionally, many comedy clubs rely on comedians for promotion, requiring they bring in a given number of attendees in exchange for a performance. Zach Jobe, the festival’s headlining comedian, says these types of gigs can be demoralising.

“I’ve done those open mics where you wait there for three hours and then by the time you go up every comedian has left, and the audience was just comedians anyways.” Jobe says. “A lot of open mics are bad environments to get better.”

Andrews’ practice of holding comedy shows at various local businesses rather than a comedy club of her own means that she doesn’t have to worry about filling a venue every night. This lets her circumvent the aforementioned ineffective model.

“You get more of an opportunity to have people grow and not feel like she, as a promoter, is requiring the comedian to do all the promotion for her shows,” Jobe says. “You can have comedians worrying about doing their set and not about filling up the room.”

Andrews hopes that her focus on quality comedians will build Bub Comedy’s reputation, allowing the brand to attract audiences even if the performers are relatively unknown.

And her efforts seem to be paying off. While Longmont is home to many comedians, they most typically perform in Denver, Fort Collins and Boulder. But this is beginning to change.

“We’re starting to see a lot of those groups come back to Longmont — improv groups, producers and stand-up comics who live here who have just been doing comedy elsewhere,” Andrews says. “We’re seeing the return of those comics.”

Ditslear, the owner of 300 Suns Brewery, has been noticing the change, too. 300 Suns recently expanded its comedy events from once a month to twice a month, due to popular demand from audiences and comics alike.

Andrews hopes the festival’s success isn’t just a byproduct of Longmont’s growth, but something that can contribute to it as well.

“We all know why it’s important to laugh,” Andrews says. “Having laughter and humor in our lives makes our quality of life much higher.”

On the Bill: Longmont Laugh Fest. Thursday-Saturday, Aug. 25-27 at various locations in Longmont. For a full schedule see bubcomedy.com/schedule-and-lineup/.