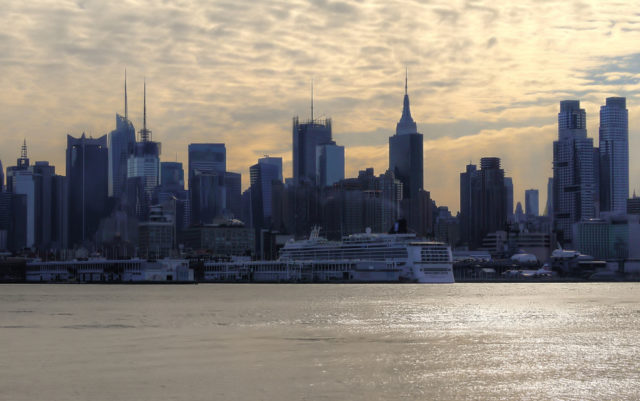 As we say out West, all hat and no cattle.

At the start of the year, legalization of recreational marijuana in New Jersey and New York appeared all but inevitable.

But over the space of a few weeks both legalization efforts were on life support.

In New Jersey (which holds its state elections in odd-numbered years), Governor Phil Murphy had made legalization part of his 2017 campaign. But then he spent all of 2018 and the first weeks of 2019 dickering with the leadership of the New Jersey Legislature over the details of a legalization bill. Especially over the tax rates in it.

When they finally reached an agreement last February and introduced a bill, Murphy and the Democratic leadership evidently assumed that the bill they had drafted would swiftly pass. Bad guess. Murphy and Senate President Stephen Sweeney discovered that they didn’t have the votes to get their bill through the State Senate and on March 25, pulled it from the Senate agenda hours before it was scheduled for consideration.

Chances are Murphy and Sweeney hadn’t bothered to involve most other members of the legislature in the negotiations. So when the bill was finally introduced not many legislators felt they had any ownership of the measure. And it’s likely some resented being left out of the Murphy-Sweeney negotiations.

Although it’s technically not dead, multiple sources say the New Jersey bill isn’t going to get further consideration this year.

Failure in New Jersey had a knock-on effect on the legalization effort in New York. That’s because New York legalization supporters had argued it was urgent for New York to act because once New Jersey legalized, New Yorkers would have easy access to legal marijuana on the other side of the Hudson.

“New Jersey took the wind out of the sails in New York,” Jeremy Unruh, director of public and regulatory affairs for medical marijuana company PharmaCann, told the New York Times. “I do think it that was an inflection point.”

In New York, Governor Andrew Cuomo had declared legalization was one of his legislative priorities for the first 100 days of the legislative session. But as the deadline approached, Cuomo declared that negotiations were too complicated to allow legalization to be included in the state’s budget bill, so he decided consideration of legalization be deferred until after the budget bill was passed.

There are about six weeks remaining in the New York legislature’s 2019 session, so it is still possible a marijuana bill will pass, but the path is much steeper.

Cuomo’s support for legalization always seemed a bit disingenuous. Until last year he had been a prohibitionist dead-ender on marijuana and a standard issue nanny-statist generally. His marijuana views “evolved” after Sex and the City actress Cynthia Nixon mounted a vigorous primary challenge to his 2018 re-election bid, making legalization a centerpiece of her campaign.

It’ll be interesting to see what, if anything, Cuomo does during the final weeks of the legislative session — and revealing.

Back to New Jersey. The state constitution allows the legislature to refer issues to a vote of the people, and there is talk of the legislature doing this with the marijuana bill.

But putting legalization on the ballot would require two-thirds majorities in both houses. There’s no guarantee the votes are there for that either.

Legalization opponents in both states were much more focused than supporters. They organized opposition from law enforcement groups and PTAs and even got some city councils to announce in advance they would opt out if a legalization bill became law in their states.

Legalization supporters are going to have to learn how to play legislative politics as well as initiative politics. A good place to start would be to target vulnerable legislators who oppose legalization with primaries. This sort of political trench warfare is tough — for openers you have to find electable candidates — but you generally don’t have to defeat very many smug incumbents before the views of the survivors start to evolve.