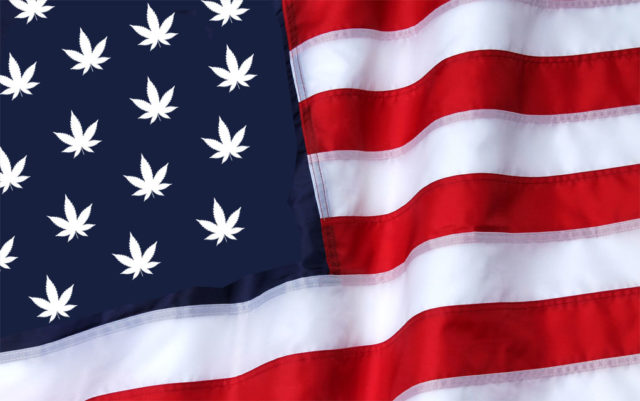 You don’t need a weatherman to know which way the wind blows,” Bob Dylan warbled in the ’60s, but sometimes you do.

Like when Chris Bianchi, who is a real weatherman (he’s a meteorologist for WeatherNation, not a ’60s rad) wrote a piece for Westword about what the Koch Brothers are saying about Jeff Sessions’ repeal of the Cole Memorandum, and about the war on drugs generally.

Yeah, those Koch Brothers, the ones the local anti-fracking crowd routinely conflates with Beelzebub and Mephistopheles.

Actually, the Brothers Koch are fierce libertarians, as is Mark Holden, the general counsel and senior vice president of Koch Industries. Last month Holden penned a statement that “shares the Koch perspective” on Sessions’ decision. It was posted on the Koch website (news.kochind.com) under the headline “Keep local marijuana laws from going up in smoke.”

The Cole memo, which was issued by the Obama Justice Department, de-prioritized enforcement of federal marijuana laws against users and businesses who followed state law in states that had legalized pot. Sessions repealed it in early January.

The Justice Department and the attorney general are entrusted with “enormous responsibility” when it comes to protecting constitutional rights, Holden wrote, and “this includes the fair and equal application of the law for all citizens, especially as it pertains to the 10th Amendment, which gives states the right to enact and enforce their own laws.”

“That Attorney General Jeff Sessions, a Republican appointee in a Republican administration, is undoing a Democratic appointee’s work from a Democratic administration is irrelevant,” he said. “Republicans and Democrats alike have criticized the decision… Koch backs policies that respect individual states’ 10th Amendment rights — especially considering the tremendous progress on criminal justice reform made in statehouses across the country… ”

The 10th Amendment doesn’t get a lot of attention these days. It reads as follows: “The powers not delegated to the United States by the Constitution, nor prohibited by it to the Sates, are reserved to the States respectively, or to the people.”

The Constitution doesn’t explicitly give the federal government the power to ban or regulate marijuana or any other drug. (The federal marijuana ban and the whole drug war are justified by an increasingly questionable stretch of the commerce clause.) Nor does the Constitution explicitly ban the states from regulating marijuana. Holden is arguing this means the states have the power to write and enforce their own laws as far as pot is concerned.

Beyond its defense of state’s rights with regard to marijuana, the statement makes it clear the Kochs don’t have much use for the war on drugs generally: “Resources spent fighting a misguided war on drugs should instead go toward programs for those reentering society, including rehabilitation, treatment and job training. Instead of prosecuting non-violent drug offenders for doing what has already been legalized in half a dozen states and decriminalized in several others, the administration would be better suited working with members of Congress to reform outdated sentencing laws… ”

This is a big deal, and not just because the Kochs are among the Republican Party’s largest financial supporters. (They’ve said their political action committees intend to spend up to $400 million during the coming election cycle.)

Their support for marijuana legalization is part of their broader effort to bring about sentencing reform on both the state and federal level, an issue Holden devotes a substantial amount of his time to, and out of a concern about the over-regulation and over-criminalization of American life.

Marijuana legalization is going to be an issue in this fall’s election. Democrats have figured out that supporting legalization can help them and it’s probably dawning on a lot of Republicans that opposing it isn’t going to win them many voters.

The Koch statement offers Republican candidates an ideological path to climb down from the Party’s increasingly indefensible anti-legalization position, if they have the wit to take it.