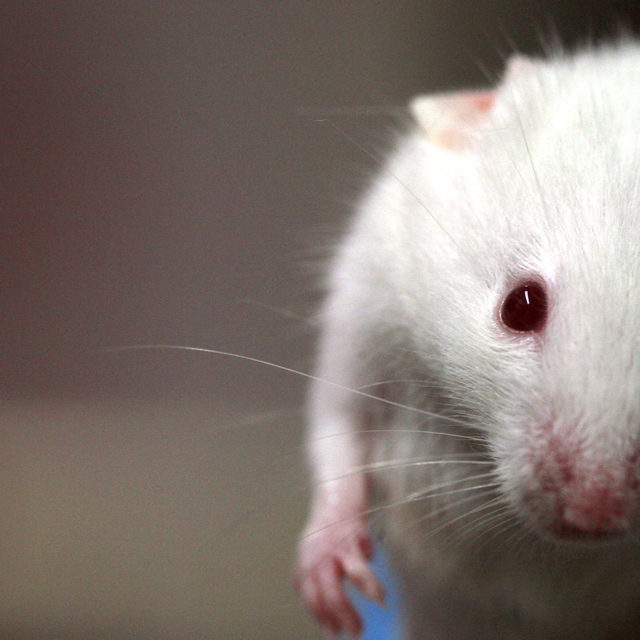 I missed this yarn when it flew by last May, but it’s too good to pass on.

Everyone knows that marijuana use can affect your memory. But now researchers in Germany report that it can affect it in a good way. Instead of leaving you dazed, confused and forgetful, it may actually improve your cognitive functions — provided you are a) a geezer, and b) a mouse.

But if you’re a young mouse, it will still leave you dazed and confused.

According to a study published in Nature Medicine, researchers at the University of Bonn found that low doses of THC appear to improve the memory and learning abilities of older mice, but not younger ones — raising the intriguing possibility that measured pot use might slow down the brain aging process in humans — or even reverse it.

The research team, led by Andreas Zimmer, gave THC to young, mature and elderly mice, aged 2, 12 and 18 months respectively, and then conducted various behavioral tests to see how each group would react.

Without THC, the mature and aged mice performed worse on the tests than the young ones did. But after the older animals were given THC, their performances improved to the point where it resembled that of young, untreated mice.

The performance of the younger mice was “in good agreement with the known detrimental effects of THC on cognition in young animals and humans,” the researchers reported.

“Together, these results reveal a profound, long-lasting improvement of cognitive performance resulting from a low dose of THC treatment in mature and old animals,”

According to a write-up of the research in Scientific American, when the research team examined the brains of the treated elderly mice, they found the neurons in the hippocampus, a brain area critical for learning and memory, had sprouted more synaptic spines, the points of contact for communication between neurons.

What’s more, the gene-expression pattern in hippocampi of THC-treated elderly mice was radically different from that of untreated geezer mice.

“That is something we absolutely did not expect: the old animals [that received] THC looked most similar to the young untreated control mice,” Zimmer told the magazine.

Both animal and human brains have receptors for natural cannabinoids (endocannabinoids) that are produced naturally in the body. Earlier work by Zimmer and others has shown that cannabinoid-associated molecules become more scant in the brains of aged animals.

“The idea is that as animals grow old, similar to in humans, the activity of the endogenous cannabinoid system goes down — and that coincides with signs of aging in the brain,” Zimmer said. “So we thought, ‘What if we stimulate the system by supplying [externally produced] cannabinoids?’”

According to Ryan McLaughlin, who studies cannabis and stress at Washington State University, endocannabinoids work to maintain order at the cellular level.

“We know the endogenous cannabinoid system … works like an internal regulator; when there’s too much [neuronal] activity, cannabinoids suppress activity to prevent neurotoxicity,” he said.

Restoring that protection might help safeguard the brain against cellular stress that contributes to aging.

Zimmer’s team has already secured funding from the German government to begin testing the effects of THC in elderly adults with mild cognitive impairments.

Needless to say, Zimmer and everyone who commented on the research was at pains to say that a) the results of the study shouldn’t be extrapolated to humans without further study, and that b) the research used low doses of THC; higher doses might produce very different results.

Fair enough, but (cheap shot alert) keep this data point in mind: The only age cohort in the United States that still opposes marijuana legalization consists of Americans 65 and older. Who presumably don’t use it. Even in low doses.