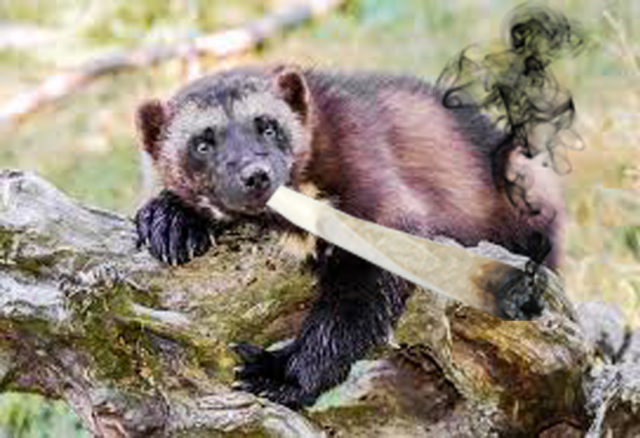 You’ve probably heard by now that backers of a recreational marijuana legalization initiative in Michigan collected more than enough valid signatures to put their proposal on the state’s November ballot.

However, the proposal has attracted organized and well-funded opposition groups. One of them, named Healthy and Productive Michigan, had enough dough in its war chest to pay for a poll.

According to the indispensable website Marijuana Moment, the survey of 800 Michigan residents, which was conducted from May 1-6, found a plurality of those surveyed supported the initiative — by a relatively narrow margin of 48 to 42 percent, with 11 percent undecided.

However, the poll also contained a number of “push” questions — questions that give interviewees reasons to support or oppose an initiative and measure which arguments change their minds. Push questions often consist of an initiative’s supporters’ or opponents’ talking points, which allows a poll’s sponsors to determine which ones resonate with voters, and which ones don’t.

In the case of Healthy and Productive Michigan’s poll, after voters were read the arguments in favor of legalization initiative, support for legalization rose to 52 percent, while opposition to legalization dropped to 38 percent.

And after the polling firm read interviewees arguments opposing the initiative, support for legalization grew by 1 percentage point, to 49 percent, while opposition registered 38 percent.

In other words, after the initiative’s opponents gave potential voters their best arguments, opposition to the initiative fell instead of rising.

One of the reasons given for opposing the initiative read: “The proposal is an extremely complicated, sixty five hundred word proposal that virtually no one will have read and will have far reaching consequences for the state. We shouldn’t be voting on this on the ballot at all. This is what we elect legislators to do.”

What makes the response interesting is that claiming an initiative is overly complicated and too wordy is a generic talking point used by opponents of all sorts of initiatives. It works best when voters don’t feel strongly about a proposal and aren’t paying attention to it. In the case of marijuana legalization, a lot of voters know what’s at stake.

The opponents’ argument that respondents seemed to find more convincing was the claim that the initiative language “intentionally includes a loophole that would allow virtually all marijuana to be grown in an unregulated market with few ways for law enforcement to protect communities.”

Twenty-nine percent of respondents gave it a 9 or 8 rating compared to 40 percent who rated it 0 or 1.

The most unconvincing argument in favor according to respondents was: “States that have legalized recreational marijuana have not had any consequences from the Federal Government, even though it is against Federal Law, so there is no real risk of losing services or benefits.”

Forty-five percent of respondents gave the argument a 0 or 1 rating (unconvincing), compared with 23 percent who rated it 8 or 9 (convincing).

The pro-legalization argument, “Marijuana is not dangerous and legalizing it will keep people from using harder drugs,” didn’t fare much better. Only 20 percent of those surveyed gave it a 8 or 9 rating, compared with 40 percent who rated it 0 or 1.

The most questionable part of the survey was the composition of the 800 Michiganders answering it. Sixty-four percent of them were over the age of 55, which may mean the survey is skewed toward older voters, even taking into account that Michigan is a rust belt state with an aging population. It’s hard to believe that two out of three of the state’s voters are middle-aged.

Older voters tend to be more opposed to legalization than younger ones. Other surveys have found support for legalizing marijuana in Michigan as high as 61 percent.