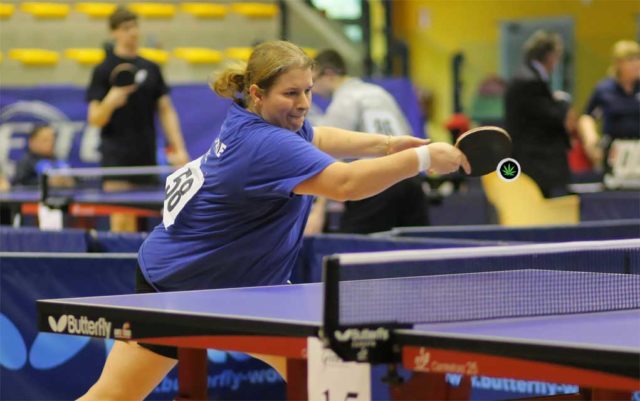 Here are another two stories that bobbed to the surface of my desk and deserve to be retold.

Scientists at McGill University in Canada established that the same brain-chemical system that mediates feelings of pleasure from sex, recreational drugs and food is also critical to experiencing musical pleasure.

The work focused on the brain’s natural opioids instead of its natural cannabinoids — more research is needed, in other words — but it also used human subjects instead of mice.

“This is the first demonstration that the brain’s own opioids are directly involved in musical pleasure,” according to cognitive psychologist Daniel Levitin, who was the senior author of the paper on the work, which was published in the Nature journal Scientific Reports.

The McGill team selectively and temporarily blocked opioid receptors in the brain with the drug naltrexone, which is used in treating a number of addictions.

The researchers then measured participants’ responses to music. They found that even the participants’ favorite songs no longer elicited feelings of pleasure.

“The findings, themselves, were what we hypothesized,” Levitin said. “But the anecdotes — the impressions our participants shared with us after the experiment — were fascinating. One said: ‘I know this is my favorite song, but it doesn’t feel like it usually does.’ Another: ‘It sounds pretty, but it’s not doing anything for me.’”

Hopefully similar studies will be conducted on how endocannabinoids — the brain’s natural cannabinoids — are involved in musical pleasure. It’s pretty obvious they are involved; listening to music while high is one of the near-universally shared experiences of stoners. Teasing out which of the dozens of cannabinoids in pot contribute to music appreciation could suggest how to optimize pot strains for concert-goers — and, who knows, maybe even different strains for Mozart and metal.

And here’s a story that I totally missed last year. Remember when Mexico’s Supreme Court legalized marijuana at the end of October? It turns out that the Constitutional Court of South Africa did the same thing in September.

The South African court ruled, “It will not be a criminal offense for an adult person to use or be in possession of cannabis in private for his or her personal consumption.”

The ruling was unanimous and binding on the government, which had argued that marijuana was “harmful” to people’s health — evidently overlooking the fact that South African prisons ain’t exactly health spas.

The three marijuana users who had brought the case, and who faced prosecution for using pot, argued that the ban “intrudes unjustifiably into their private spheres.”

According to the BBC, the ruling focused “on the issue of privacy, and a person’s right to do as they please in their own home.”

This appears to have a somewhat different basis than the one used by the Mexican Supreme Court, which ruled that Mexico’s anti-marijuana laws violated a person’s right to “the free development of personality.”

The latter is a right that is explicitly stated in both the Mexican Constitution and the UN’s Declaration of Human Rights.

It is known that the United States Constitution does not have a clause protecting privacy. And given the cavalier way that both government and businesses, especially high tech businesses, treat people’s private information and intrude into peoples’s private conduct, it desperately needs one.

The late CU anthropology professor John Greenway once suggested that different cultures sometimes play cultural ping-pong. The example he gave was Henry David Thoreau’s concept of “civil disobedience” being adopted by Mahatma Gandhi as “passive resistance” against British rule in India, and Gandhi’s passive resistance re-crossing the Atlantic and being adopted by Martin Luther King, Jr. to fight racial segregation in the U.S.