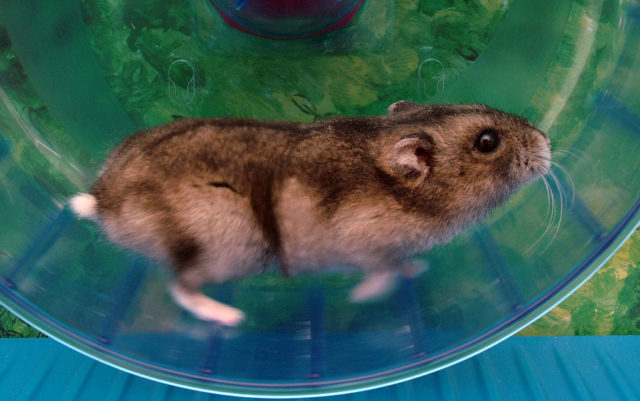 The end of the year is that magical time when the piles of marijuana stories in my office turn over like a lake experiencing a hypolimnetic inversion, and the stuff that sank to the bottom over the years comes up to the top.

Here are two of the ganja-related yarns that came bobbing to the surface of the purple lagoon this time and deserve to be retold:

Oct. 7, 2015, from the Boing Boing website: “The real cause of ‘runner’s high’ may surprise you. It’ll surprise you less if you smoke pot.” For years it has been assumed that the sense of well-being and euphoric lift some people get after prolonged exercise (aka runner’s high) was caused solely by the release of endorphins, hormones secreted by the brain and nervous system that activate the body’s opiate receptors and cause an analgesic effect.

Nope, according to researchers at the University of Heidelberg’s Central Institute of Mental Health. It’s really the endocannabinoids, hormones secreted by the brain and nervous system that activate the body’s THC and CBD receptors and cause analgesic and anti-anxiety effects.

If you’re a mouse, anyway. The Heidelberg group tested the anxiety levels of healthy lab mice and then put them in cages with exercise wheels and tested them again after they’d had a good run. They found that “wheel running increases endocannabinoids and reduces both anxiety and sensation of pain in mice.”

“In general, these post-running mice were more chill than before.”

Then they gave the mice endocannabinoid blockers, and the chill vanished.

“We thus show for the first time to our knowledge that cannabinoid receptors are crucial for the main aspects of a runner’s high.”

The moral of the story is run, don’t walk, to the dispensary farthest from your house and you won’t have to buy anything, except maybe some cheese to nibble on.

Feb. 13, 2017, from Business Insider by writer Melia Robinson: “Men’s Wearhouse founder reveals how smoking marijuana for 50 years changed his life.” Founder George Zimmer — “You’re going to like the way you look. I guarantee it.” — was fired in 2013 over differences with the company’s board of directors.

“You know, one of the very small reasons — and I say small — would be that I tended to be kind of a renegade or somebody who said what he thought,” Zimmer said. “That made the board of directors increasingly uncomfortable.”

It’s unknown if the fact that Zimmer had been smoking pot regularly since he’d been a student in the 1960s at Washington University in St. Louis and continues to use it contributed to the board’s discomfort. He told Inc. Magazine in 2016 that he used to inhale “anything that combusts” and that he once smoked six joints in an hour with spiritual icon Ram Dass. (The last is reminiscent of New York Times icon Maureen Dowd consuming 16 doses of a chocolate edible in an hour while experimenting with recently legalized cannabis in Denver in 2014.)

After he was sacked by Men’s Wearhouse, Zimmer got involved with marijuana activism, hitting the lecture circuit and contributing to legalization campaigns.

“It was just one of those little things that I did over my life that pissed people off,” he told Business Insider’s Robinson.

He also told her that he used pot as a crutch as he weaned himself off alcohol. At the time of the interview it had been 35 years since he had a drink, and he said he credits much of his success in staying on the wagon to his ability to “transfer the addiction” from a potentially dangerous drug (booze) to a more benign one (pot).

Marijuana doesn’t appear to have impaired Zimmer’s entrepreneurial instincts. After he got fired by Men’s Wearhouse in 2013, he started an online Tuxedo rental business called Generation Tux in 2014, which is thriving. That probably has annoyed the Men’s Wearhouse board even more than his outspokenness or inhalation habits, since at the time Men’s Wearhouse was raking in more than $440 million a year from renting tuxes.

“The fact is — and I mean the scientific fact — [marijuana] is less toxic and dangerous than cigarettes and alcohol, which are the main drugs in the United States,” Zimmer said.

“I refer to [marijuana] as harm reduction,” he added. “So the way cannabis helps is, when you lose your job, you don’t go on a two-week bender.”